Watch a video of this event.

Cate Ambrose of LAVCA opened the discussion by providing a brief overview of the organization. LAVCA has over 150 firms which control assets in excess of US$50 billion, directed at capitalizing and growing Latin American businesses. The organization provides information on the private equity and venture capital environment in Latin America through research, networking, investor education, the promotion of best practices, and advocacy of sound public policy.

In her introduction, Ambrose noted that Latin America has continued to see significant PE activity over the last several months, as local and global firms are drawn to the region’s compelling domestic growth—particularly middle class growth. When exploring investment trends, Ambrose explained that some of the most appealing sectors for investment include consumer goods and retail. A great deal of investment activity has been seen in restaurants and food chains, healthcare, education, technology, and retail.

The expansion of Latin America’s middle class is driving a wide range of investment opportunities for PE and VC firms. Fernando Borges from the Carlyle Group emphasized the fund’s focus on retail and consumer companies in Brazil. “We look to buy companies who sell to the middle class. We believe it’s a huge market with 60 percent of the GDP,” he said. The fund acquired companies in manufacturing and retail, such as Scalina S.A.; tourism, such as CVC Turismo; healthcare; furniture; and toys, such as Ri Happy.

Enrique Bascur from CVCI Private Equity explained that the fund’s consumer-related portfolio in the region is divided into three groups. The first one is related to the spending increase in entertainment and travel. The second relates to the ability of the consumer to acquire homes. The third relates to the rise in technology consumption. To give an example, Bascur pointed out the successful investment in Dream S.A., a Chilean entertainment and lodging company. In terms of the housing market, he noted there is an enormous demand for construction and home development.

Also, panelists addressed the potential of the consumer electronic retail industry and technology products. Nnamdi Okike from Insight Venture Partners noted the growth opportunity in e-commerce, healthcare IT, and education in countries such as Brazil. In this country, the middle class grew exponentially in the last 10 years, rising from 37 percent of the population to 55 percent. “Healthcare spending in Brazil is $9 per capita, and in the United States it is more than $700, so there is enormous potential for growth,” he said.

When exploring the prospects for market expansion and opportunities in different markets, panelists agreed that there is a dilemma between domestic and pan-regional business models. There is a substantial opportunity to expand business across the region, though there is an appeal in domestic markets alone in countries such as Brazil. “Latin America is one market, but sometimes the reality behind that is more complicated than expected,” Ambrose noted. Scott Voss from HarbourVest Partners explained that there is an opportunity to create a pan-regional strategy, but the industry still needs to mature in order to consolidate within the region.

Panelists identified logistics costs and insufficient infrastructure as challenges in domestic markets. In Brazil, Borges pointed out that the amount of money invested in infrastructure has substantially increased, though it is not enough. Following this line, he noted that companies will need to learn how to be competitive by incorporating this cost.

However, he also noted that too many consumers in the region do not have access to formal banking, and that retailers have taken the place of banks as credit providers. As such, he explained, there is a significant investment opportunity in the financial sector. 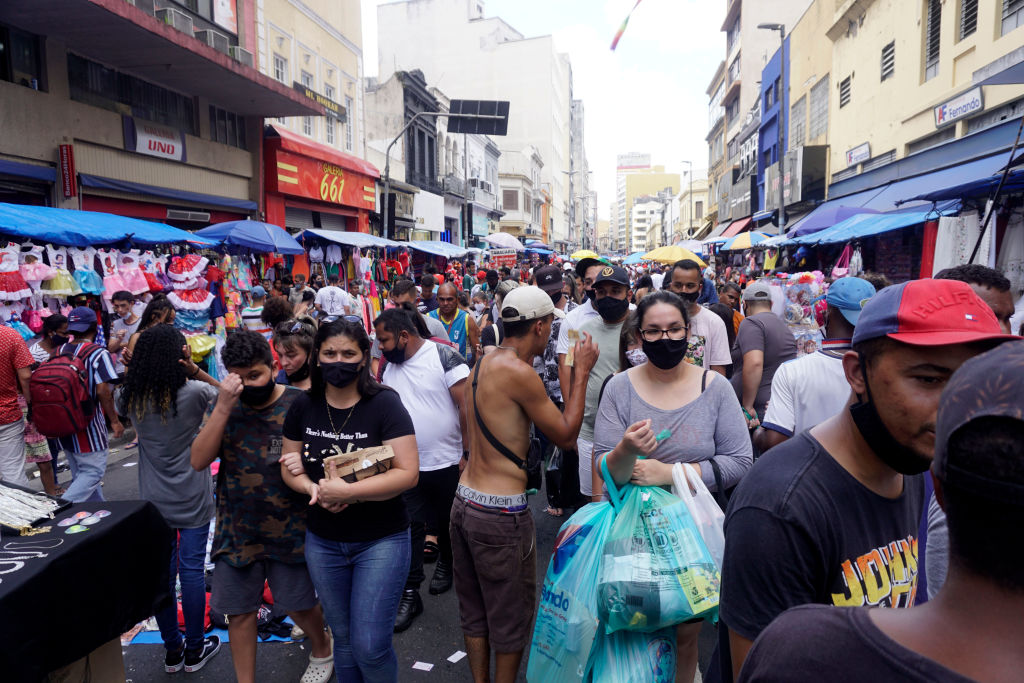 Most governments need to improve their reputation and business climate, positioning their countries for an investment-led revival.