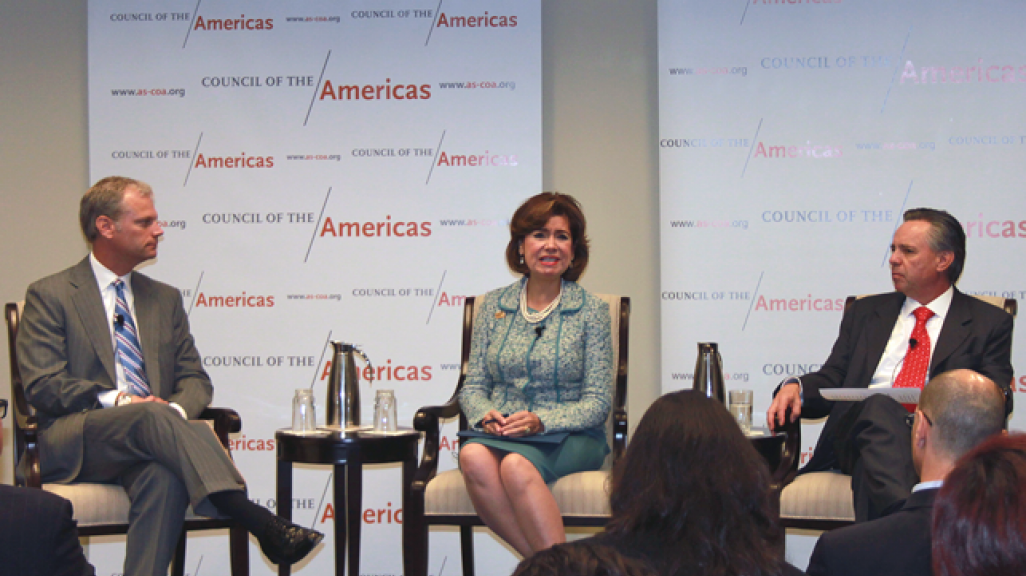 Around 6 million U.S. jobs rely on U.S.-Mexico trade, which could further expand through deepened supply chains.

Small- and medium-sized enterprises (SMEs) are the backbone of not only the U.S. economy, but also of the broader North American free-trade area. Canada and Mexico are the top two destinations for U.S. exports from SMEs, and small-business suppliers also feed inputs into larger companies and benefit from the expanded exports of the final products. In the run-up to the next round of the U.S.-Mexico High-Level Economic Dialogue and the North American Leaders Summit, this event explored the importance of interlocking supply chains to the broader goal of North American competitiveness.

The New Norm: “Made in North America”

Since the North American Free Trade Agreement went into force two decades ago, the regional economic model has radically changed. As COA’s Eric Farnsworth noted, no longer do Canada, Mexico, and the United States trade together, but rather the three countries design and make products together so that “made in North America” is now the norm.

According to the U.S. Small Business Administration’s Maria Contreras-Sweet, Mexico is currently the United States’ second-largest trading partner. U.S. exports to Mexico are greater than those to the BRICs (Brazil, Russia, India, and China). She also noted that 6 million U.S. jobs rely on U.S.-Mexico trade.

Despite the success of these initiatives, there are still hurdles, particularly in modernizing outdated models. For example, Mexico’s Ambassador to the U.S. Eduardo Medina Mora said: “We have twenty-first century trade on top of twentieth-century framework on top of nineteenth-century infrastructure.”

Contreras-Sweet gave the Small Business Administration’s acronym, SBA, a more fitting title: Smart, Bold, and Accessible. Small enterprises must respond to technological advancements; they must be bold in the strategic way they choose to explore new markets; and they must be accessible to all individuals, “from the vets coming home to the seniors who are entrepreneurs,” said Contreras-Sweet. Medina Mora added that innovation will also be critical to advance the global impact and development of small businesses.