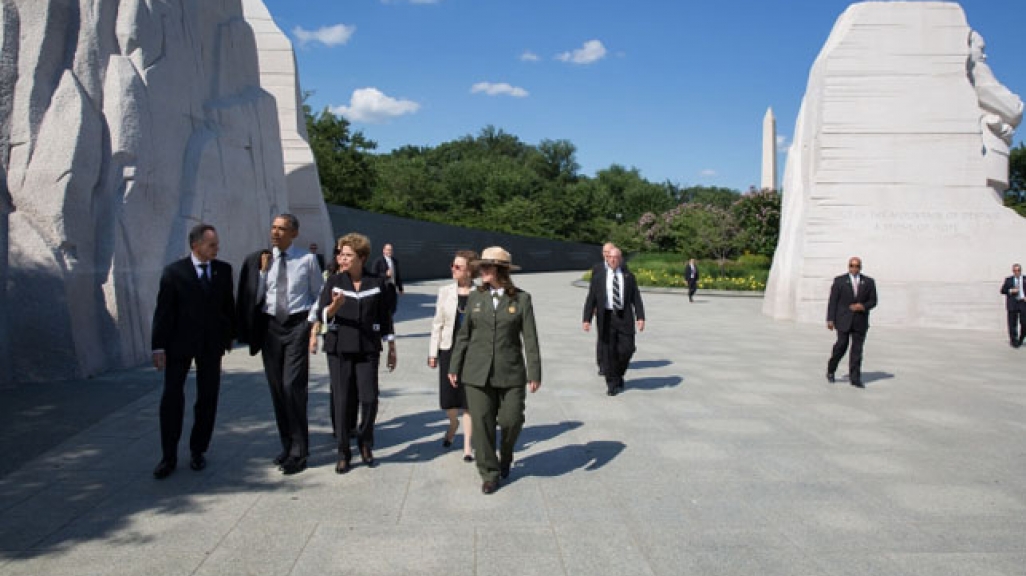 Presidents Dilma Rousseff and Barack Obama announced accords on everything from climate change to cyber security.

Brazilian President Dilma Rousseff visited Washington on June 29 and 30, meeting with U.S. President Barack Obama and announcing a host of bilateral accords. Rousseff previously traveled to New York to meet with investors and business leaders, and on July 1 holds meetings in Silicon Valley.

Here’s an overview of what the two countries accomplished during Rousseff’s time in Washington.

Energy and climate change: The two leaders agreed to expand the share of renewable energy, excluding hydropower, to 20 percent of each country’s grid by 2030. Rousseff also pledged to ensure reforestation of 12 million hectares, and to increase the share of non-hydropower renewable energy to a range of 28 to 33 percent by 2030.

The presidents announced the creation of a Joint Initiative on Climate Change, which includes a working group that will meet in October 2015. The countries will also work together to prevent deforestation and monitor forest emissions.

Additionally, U.S. and Brazilian agencies inked a Memorandum of Understanding (MOU) to expand research and data analysis of Brazilian water resources, which could prove important in light of the country’s historic drought.

Trade: The U.S. Department of Agriculture will reopen the market to Brazilian beef imports, and Brazil will soon increase U.S. beef in its market. This comes on the heels of the U.S. Department of Commerce and Brazil’s trade ministry signing a Memorandum of Intent to cooperate on trade standards and competitiveness in March. The two countries also agreed to work together to promote small- and medium-sized businesses.

Brazil and the United States decided to launch a Defense Industry Dialogue this year to formalize private-sector collaboration on defense. The U.S. Department of Homeland Security and Brazilian Federal Police inked a Joint Statement on Law Enforcement Collaboration to work together on transnational crime investigations, ranging from human trafficking to money laundering.

Cyber security: Obama and Rousseff agreed to relaunch the U.S.-Brazil Internet and Information and Communication Technologies working group, which first met in 2012 and will meet again in the fall. The group—which fell apart in the wake of the National Security Agency scandal—will examine a host of issues relating to Internet security, e-government, and the digital economy.

Visas: The presidents agreed to take steps to implement Brazil’s participation in Global Entry, which facilitates frequent travelers’ entry to the United States, by the first half of 2016. The leaders also said they would “work closely together to meet the requirements” for the U.S. visa waiver program, which would eventually lead to visa-free travel for citizens of both countries.

Social security: The leaders signed the Agreement on Social Security, permitting citizens working in each country to have their social security contributions recognized in both Brazil and the United States. By avoiding double contribution, the deal could save companies in both countries $900 million in the first six years, the two governments say.

Truth commission: At the request of Brazil’s truth commission on military dictatorship abuses, the U.S. National Declassification Center identified thousands of relevant documents to declassify. The documents were sent to the Brazilian government and will also be digitized and publicly available.