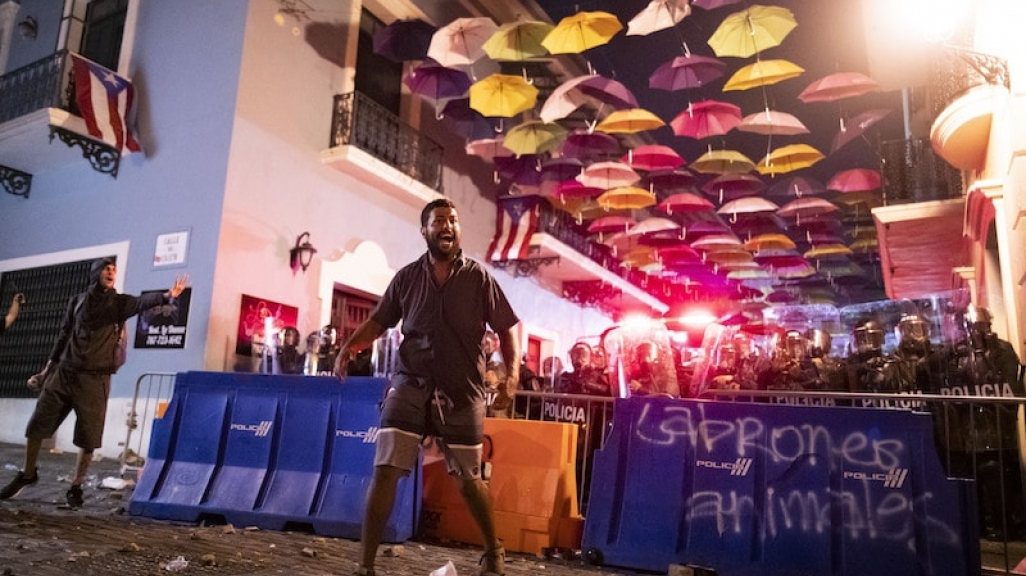 The island entered into a new crisis after the FBI arrested former officials tied to a scandal and outcry over a leaked chat involving Governor Ricardo Rosselló.

Puerto Rico had a turbulent week: FBI arrests, a profane group chat, firings and resignations, and escalating protests. The island’s latest political crisis, however, is just beginning as hundreds of Puerto Ricans take to the streets to demand the resignation of Governor Ricardo Rosselló.

All of this comes at a time when Puerto Rico faces no shortage of troubles. Some protestors are focusing their ire at a federal oversight board, which since 2016 has controlled Puerto Rico’s finances. The island faces a 12 year-old recession and its current debt obligations stand at about $124 billion. Moreover, recovery has been slow since Hurricane Maria caused an estimated 4,000 deaths nearly two years ago.

We take a look at the more recent crisis facing Puerto Rico.

The FBI warned of a “very busy” summer on the island

On July 10, the FBI arrested the island’s former Secretary of Education Julia Keleher and ex-Director of the Health Insurance Administration (ASES) Ángela Ávila Marrero, along with four other people on 32 counts of money laundering, electronic fraud, and related charges. They each face up to 20 years in prison for money laundering and 20 years for wire fraud. The arrests occurred both on the island and on the U.S. mainland.

Keleher is charged with granting illicit contracts to sisters Glenda and Mayra Ponce Mendoza, both of whom were among those arrested. Glenda, who worked as Keleher’s assistant while she was secretary, gained a federally funded consulting contract for Mayra’s company. Keleher and Glenda are also charged with conspiring with Fernando Scherrer-Caillet, president of the accounting firm BDO Puerto Rico, and Alberto Velázquez Piñol, a consultant for the same firm who later founded an LLC known as Azur to divert and steal over $13 million in federal funds from 2017 to 2019. Scherrer Caillet allegedly used Velázquez-Piñol’s influence over Keleher to facilitate and finance illegal contracts for BDO Puerto Rico, with Velázquez Piñol earning a 10 percent kickback per contract.

Ávila Marrero was charged with conspiring with Scherrer Caillet and Velázquez Piñol to steal over $2.5 million in federal funds from ASES, also from 2017 to 2019. In this accusation, Scherrer-Caillet allegedly again used Velázquez-Piñol’s influence to finance illegal contracts. Four of the accused were released on bail, while Keleher was released without bail but on the condition that she turn herself in before July 17. A trial is set for May 2020.

Just after the arrests of two former cabinet members, Rosselló found himself mired in a scandal of his own. On July 13, Puerto Rico’s Center for Investigative Journalism released 889 pages of a private chat via the encrypted messaging app Telegram between Rosselló and members of his administration, after journalist Sandra Rodríguez Cotto leaked portions days before. The entirety of the profanity-laced chat revealed exchanges where they mocked allies, leaders from the opposition parties, journalists, artists, civilians, and even celebrity Ricky Martin. Rosselló made sexist comments attacking Melissa Mark-Viverito, the former New York City Council speaker, and homophobic slurs against Senator Eduardo Bhatia Gautier and journalist Benjamín Torres Gotay. He also directed profanities at the federal oversight board overseeing the island’s finances. Messages show Christian Sobrino, the island’s chief financial officer, asking the members of the chat if the Institute of Forensic Sciences had any extra cadavers to feed to crows, a reference to the rapid accumulation of bodies at the institute after Hurricane María. Rosselló fired most of the chat members who still held government posts, while other members of his administration resigned on their own, including Sobrino and Secretary of State Luis Rivera Marín.

While Rosselló publicly apologized for his remarks, he says he will not resign over the FBI arrests nor the leaked chat. Instead, he says that, in the coming days, he will release a plan to combat institutional corruption and uphold transparency. But calls for Rosselló’s resignation have intensified, and members of his own New Progressive Party have condemned his actions and withdrawn their support for of the governor, who ran in 2016 as a backer of Puerto Rican statehood and would be up for reelection in 2020. Both the Popular Democratic Party and the Puerto Rican Independence Party have called on the island’s House of Representatives to begin impeachment proceedings against Rosselló.

Over the weekend, hundreds of protesters took to the streets surrounding the governor’s residence, La Fortaleza, in San Juan. On Saturday, police pepper sprayed protestors who were trying to enter the grounds of La Fortaleza.

Protests in front of La Fortaleza escalated on Monday. Protestors and police physically clashed, with injuries on both sides. Protestors damaged public property and started fires, while riot police fired tear gas and pepper spray at protestors. Protests are expected to escalate during the week, both in Puerto Rican communities on the mainland and on the island in demonstrations led by musicians Bad Bunny and Residente. 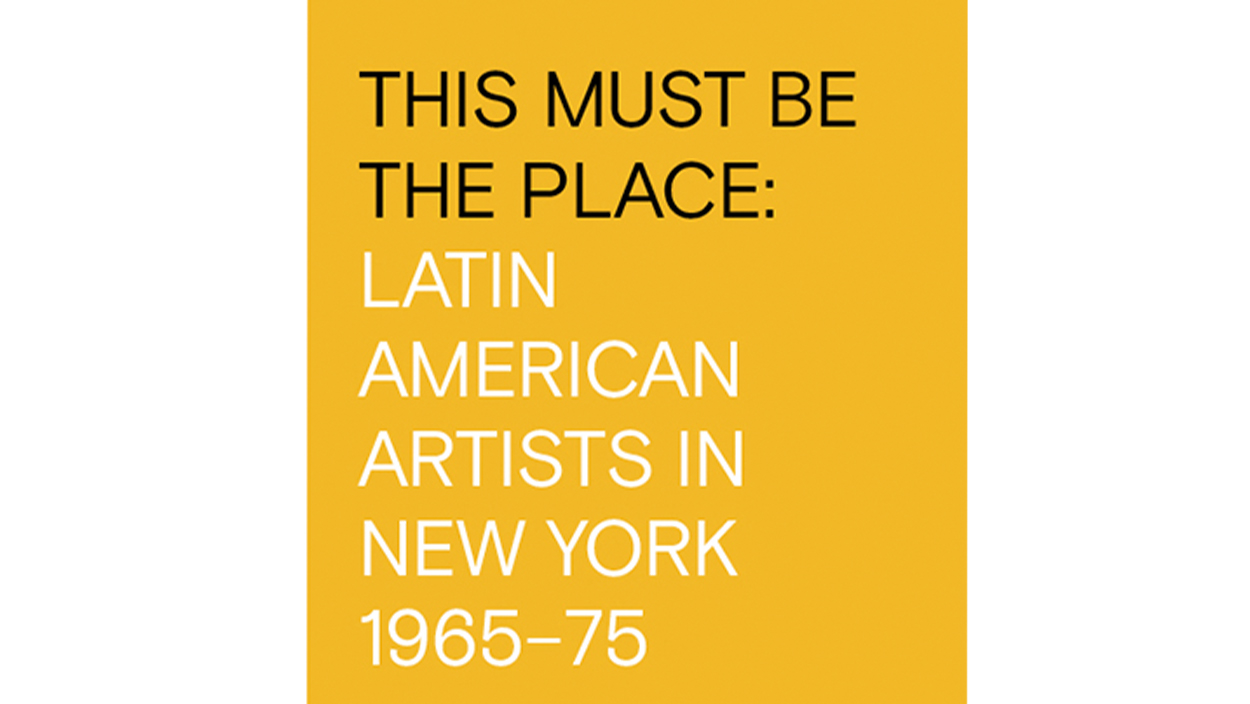 Edited by Aimé Iglesias Lukin and Karen Marta, this is a fully illustrated pocket book released to accompany the same-titled exhibition at Americas Society.