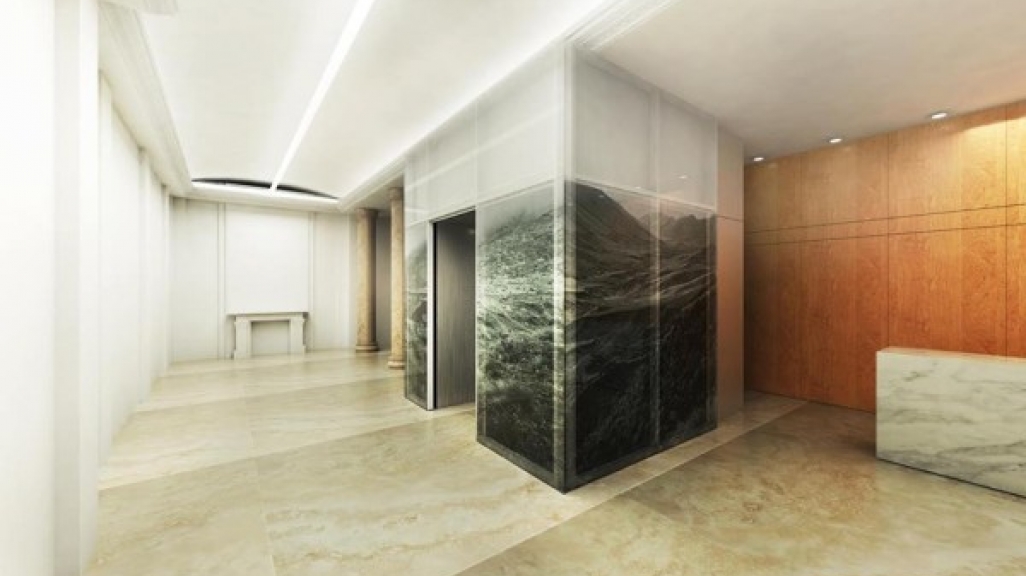 The artist was awarded a commission to create a permanent installation at the organization's New York headquarters.

The art commission is the final piece of an initiative to reinvigorate the lobby of Americas Society’s historic building at 680 Park Avenue, a space recently redesigned by Mexican architect Enrique Norten and his associates at TEN Arquitectos.

"On the eve of the fiftieth anniversary of Americas Society, this project reaffirms our support for the promotion of arts and culture from the Western Hemisphere," says Americas Society/Council of the Americas President and CEO Susan Segal. "The proposal of this outstanding artist is truly in the spirit of what was envisioned for the space since the start—unique on its own, yet in harmony with the renovated architecture."

"Elena Damiani has a sharp understanding of the space and the institution’s mission as a global platform for the arts and culture of the Americas," says Americas Society Chief Curator and Visual Arts Director Gabriela Rangel. Damiani conceived an encased structure of translucent prints in high tempered glass that will present satellite views of Mount Chimborazo, the highest peak above the equator. For the artist, these images and their visual narrative will allow the public to delve into notions of mobilization, displacement, expansion, and exploration.

Watch a video of Elena Damiani on her proposal for the commission:

The artist, who lives and works between Copenhagen and Lima, studied architecture at the Universidad Peruana de Ciencias Aplicadas and subsequently transferred to the Escuela Superior de Bellas Artes Corriente Alterna where she graduated in fine arts in 2005. She received her MFA from Goldsmiths College, University of London, 2010. Since 2003 she has held solo exhibits in Lima, London, Brussels, Madrid and Paris, and her work has been included in several international group exhibitions such as Idea of Fracture at Francesca Minini, Milan, 2014; Weather Permitting, 9th Bienal do Mercosul, Porto Alegre, 2013; Ciclorama at the Museo Tamayo, Mexico City, 2013; and the ICI touring exhibition Project 35 Volume 2, 2012-2014.

Americas Society’s headquarters are an architectural landmark located at 680 Park Avenue. In 1909, the building was designed by McKim, Mead & White, and in 1966, the architectural firm Walker O. Cain & Associates directed restoration of the interior in the style of the original building. 680 Park Avenue was originally the residence of Percy Rivington Pyne, a prominent New York financier, from 1910 to 1946. It then served as the Soviet Mission to the United Nations until 1965. In that year, Margaret Rockefeller Strong, the Marquesa de Cuevas, purchased the building to save it from demolition and, in 1966, donated it to Americas Society, then known as the Center for Inter-American Relations. The building was designated a New York City landmark in 1970 and is listed in the National Register of Historical Places.

Americas Society is the premier organization dedicated to education, debate and dialogue in the Americas. Established by David Rockefeller in 1965, our mission is to foster an understanding of the contemporary political, social and economic issues confronting Latin America, the Caribbean, and Canada, and to increase public awareness and appreciation of the diverse cultural heritage of the Americas and the importance of the inter-American relationship. Americas Society Visual Arts program boasts the longest-standing private space in the U.S. dedicated to exhibiting and promoting art from Latin America, the Caribbean, and Canada; it has achieved a unique and renowned leadership position in the field, producing both historical and contemporary exhibitions.