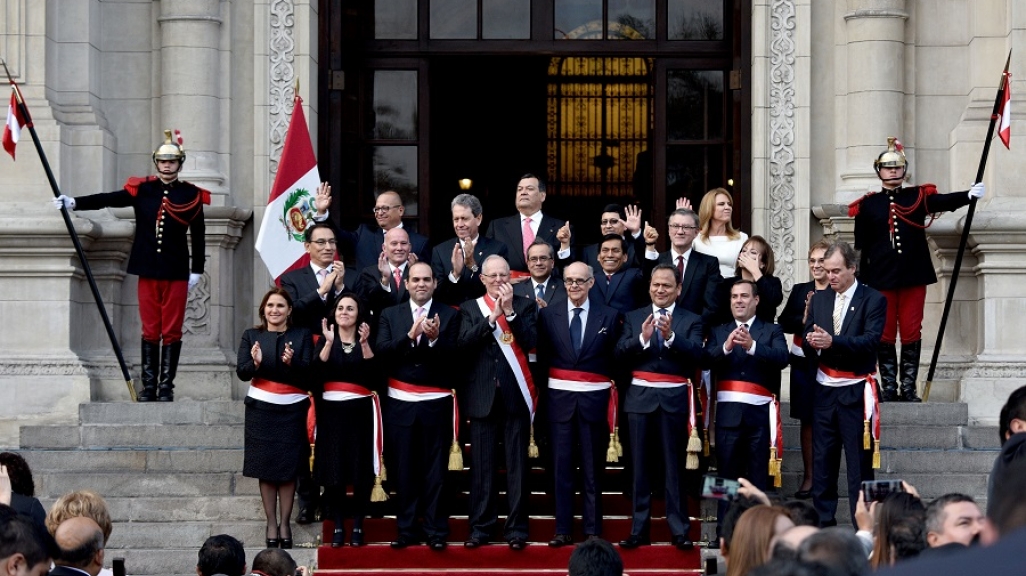 Peru’s new governing technocrats will need to do some bridge building with Congress.

In his inaugural address on July 28, Peruvian President Pedro Pablo Kuczynski laid out six areas he plans to focus on during his time in office: improving running water, public education, health care, formalized labor, infrastructure, and anticorruption efforts. To help carry out that plan, the president, who’s known colloquially as PPK, put together a cabinet of largely pro-business technocrats with extensive international credentials and boardroom experience. He notably did not name any of his party’s congresspeople to the cabinet, since he’ll need them in the legislature.

Right out of the gate, one of PPK’s biggest challenges will be working with Peru’s unicameral Congress, where his Peruvians for Change party holds just 18 out of 130 seats, while Keiko Fujimori’s Popular Force holds 73. He’ll also need to work with a resurgent left in Peru, which holds 20 seats and is headed by Verónika Mendoza, whom PPK narrowly edged out in the first-round presidential vote to make it into the runoff against Fujimori.

Prime Minister Is a Bridge to the Opposition Congress

With an eye to bridge building, PPK named Fernando Zavala as his prime minister. Zavala first entered the public life in 1995 during Alberto Fujimori’s presidency when, at age 25, he became general manager of Peru's national regulatory agency. A decade later, he served as economics and finance minister alongside PPK in Alejandro Toledo’s administration.

Zavala is already playing peacemaker between the executive and legislative branches. PPK caused a dustup days after his inauguration when, in his first interview as president, he told El País he’d have to “pull” some of the opposition legislators over to his party if he wanted to get anything passed in Congress, saying that dozens of fujimorista candidates had only gotten on the Fujimori bandwagon when they thought she would win the presidency. Popular Force quickly released a statement criticizing his remarks for not respecting a separation of powers and “putting political reform at risk.” The following day, Zavala appeared alongside Luz Salgado, president of Congress and a member of Popular Force, and apologized, saying the president’s remarks didn’t reflect “what the administration thinks.”

PPK kept just one member of Ollanta Humala’s cabinet: Jaime Saavedra, the education minister. An international economist by training, Saavedra has focused his career on reducing poverty and inequality, and, in this role, using education as a means to those ends.  A year before Saavedra took charge of the post in 2013, Peru’s students notched the lowest marks in reading, math, and science performance out of 64 countries in an Organization for Economic Cooperation and Development educational survey. Saavedra is committed to doubling the average salary of Peru’s 300,000 public school teachers by 2021, which at $600 per month, he says represents a third of what it was 50 years ago. Saavedra had the highest approval rating of PPK’s new cabinet in a July Ipsos poll.

Growing the Economy by Moving Away from Mining

Alfredo Thorne, a former managing director and head of Latin American analysis at JP Morgan Chase, will helm the Economy and Finance Ministry. He’ll also oversee a tax plan that currently proposes lowering Peru’s sales tax, known as the IGV, by 1 percentage point for the next four years as a way to incentivize business formalization. PPK wants to double the rate of Peruvian workers with formal employment from 30 percent to 60. Throne, who also spent time working in Mexico, has said he’ll focus on growing internal demand in Peru to make the country’s growth less dependent on mining as commodities revenues continue to drop.

Overseeing the Energy and Mines Ministry will be consultant Gonzalo Tamayo. Peru is the world’s third leading producer of copper, zinc, and silver, and the sixth of gold. The mining sector represents 50 percent of Peru’s foreign revenues, 20 percent of tax revenues, and 11 percent of GDP, according to the Peruvian Economics Institute. In 2011, the Humala administration raised taxes to boost mining profits, but four years later those had only generated a third of the projected revenues, as the price of silver fell 44 percent and that of gold 19, among other depreciations.

Former Peruvian Ambassador to the U.S. Ricardo Luna is now foreign minister, and at the top of his agenda will be supporting democracy in Venezuela, an issue that incidentally provides an opportunity for common ground with fujimoristas.

Five of PPK’s 19 cabinet members are women,  including Patricia Garcia as the new health minister, while Cayetana Aljovín will take over the Social Inclusion and Development Ministry. Academic Elsa Galarza is the country’s first female minister of environment. Humala’s cabinet, which saw extensive turnover in his five years, included as many as nine women in 2013, though that figure was down to six by last fall.