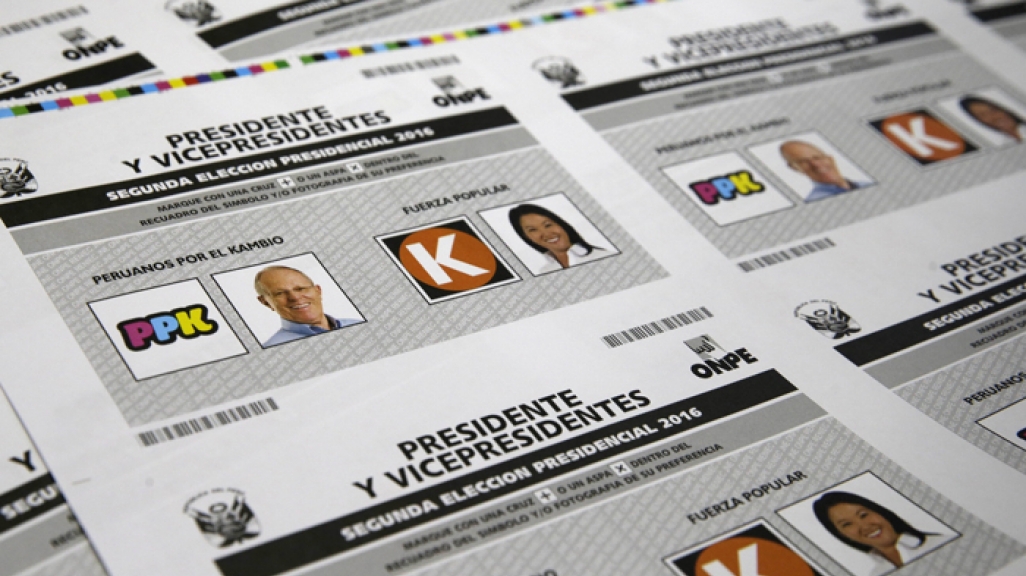 Boosting formal employment is a priority for both presidential candidates.

On June 5, Peruvians will vote in the presidential runoff election between Keiko Fujimori and Pedro Pablo Kuczynski. Although Fujimori won the first round with almost twice the votes of Kuczynski, anti-Fujimori sentiment runs strong in the country, and the two candidates have been neck and neck in polls for much of the second round. On paper, they appear fairly similar as both candidates are considered right of center. Peru has an informal employment rate of 72.8 percent and both their platforms focus on improving formalization, albeit by different mechanisms and at different rates.

Fujimori’s first public role was as Peru’s first lady in the mid-1990s after her parents divorced while her father, Alberto, was president. She received an undergraduate business degree from Boston University, and an MBA from Columbia University. While earning her master’s in the United States, she won a seat in Peru’s legislature in 2006 with more votes than any other congressional candidate that year. She was also the runnerup to President Ollanta Humala in the 2011 election.

Her economic plan focuses on infrastructure investment, and includes plans to create a government agency to protect small business interests. She favors tax breaks for newly formalized businesses, including a “zero tax” project for the first two years of formalization and an adjusted tax rate that would be dependent partly on profits after that.

Elmer Cuba, an economic advisor for Fujimori’s team, said her policies would be “strongly counter-cyclical” and also that the government would have to be “imaginative” in how to finance the infrastructure investments she wants to make. In a debate between the candidates’ technical teams on May 15, Cuba highlighted Fujimori’s plan to foster growth by increasing public-sector salaries.

After receiving degrees in economics and public administration from Oxford and Princeton, Kuczynski, or PPK as he’s commonly known, went to work for the World Bank in 1961 at age 22, beginning a career in international finance that would span half a century, with a special expertise in mining and extractive industries. In the 1980s and 1990s, he worked in private equity and ran a Latin American mutual fund open for U.S. investors; he even helped billionaire George Soros double his investments in a Peruvian brewery.

In public roles, he was tapped in the 1960s to serve for two years to head Peru’s Central Bank, where he oversaw a currency devaluation and debt restructuring. He served various terms as minister of energy and mines, minister of economics and finance, and was the prime minister from 2005 to 2006.

One of PPK’s campaign platforms is to return the country to 5 percent GDP growth by 2018. Growth slowed to 2.7 percent in 2015 after a decade of averaging 6.3 percent, per the International Monetary Fund (IMF). He proposes to do this by focusing primarily on formalizing Peru’s workforce through measures like tax incentives and expanded access to credit for small- and medium-size enterprises (SMEs), while also reducing bureaucracy. Additionally, he hopes to add 3 million jobs to the formal economy and raise Peru’s minimum wage by some $30 to $254 per month, which is on the low end of minimum-wage hike pledges during this campaign. He also has plans to provide unemployment insurance for newly formalized workers, and health care access for both formal and informal workers.

Speaking for PPK at the May 15 debate, economic advisor Alfredo Thorne said Fujimori’s economic plan would increase bureaucracy, leaving the country more susceptible to increased taxes and corruption. Cuba and Thorne also sparred on plans to encourage SMEs. Later in the debate, José Chlimper, a spokesperson for Fujimori’s party, criticized PPK’s plan for being based more on World Bank and IMF standards than homegrown ones.

On May 19, Peru’s largest labor union, while not giving an official endorsement, encouraged its members to support PPK as the lesser of two evils compared to Fujimori. The head of the union was murdered by a death squad on orders by Alberto Fujimori in 1992.

What the Polls Say

While polls all spring have placed the two candidates in a statistical dead heat, the May 19–20 Ipsos survey has Keiko Fujimori with a 4.5-point lead over Kuczynski—just barely within the poll’s 2.3 percent margin of error. Kuczynski rode a wave of anti-fujimorista support in the weeks after the April 10 first-round vote, but in late April, he received criticism for taking a weeklong trip to the United States during the two-month runoff campaign.

A contentious first-round race has left many voters disillusioned with the process and the two final candidates. In the April 10 vote, more voters abstained from the vote than voted for the winner, Fujimori.