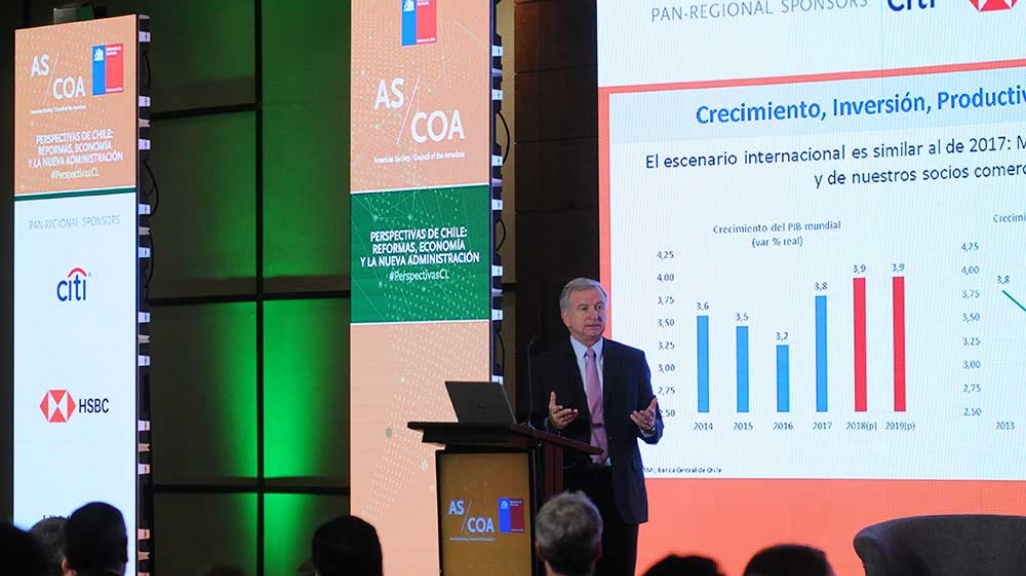 A unified and experienced government, a strong economy, and efforts toward gender parity were all on the agenda at AS/COA’s Latin American Cities Conference in Santiago.

“Returning to Chile, I’m optimistic,” said Susan Segal, AS/COA president and CEO, in her welcoming remarks at “Perspectives on Chile: Reforms, the Economy, and the New Administration.” The event was AS/COA’s thirteenth Latin American Cities Conference in Santiago. Segal highlighted the enormous opportunities Chile has access to through its membership in the Pacific Alliance.

“Chile knows how to create value and how to export,” said Segal. “And that is important today.”

Chile’s Finance Minister Felipe Larraín gave the conference’s keynote address, focusing on the country’s economic performance amid Sebastián Piñera’s return to the presidency. In 2017, said Larraín, Chile ranked twelfth in projections for growth in Latin America. But this year it moved up to third place, with an estimated 4 percent expansion.* The first half of this year brought the country its best economic growth since 2012. While Chile experienced a fall in investments between 2014 and 2017, the country has seen incoming foreign direct investment multiply threefold so far in 2018.

Larraín discussed some of the risks facing Chile’s growth prospects, including restrictive conditions for external finance and the U.S.-China trade war. Fortunately, however, Chile is party to a large number of trade agreements, potentially dampening the impact of ongoing disputes. Larraín also outlined Piñera’s plans for Chilean workers, including reforms to employee training programs, a labor reconversion system for the middle class, and a focus on greater adaptability.

Following Larraín’s comments came a panel focused on international perspectives on the business climate. AES Gener CEO Ricardo Falú emphasized the investment opportunities he sees in Chile, particularly in mining and energy. “Chile has the best solar energy in the world,” he said.

Principal International President Luis Valdés shared his concerns about Chile’s demography, saying falling birth rates and the fact that the country holds the highest aging rate among emerging economies will soon leave it resembling Japan. This reality makes it imperative that Chile addresses its pension gap. A global problem, Valdés said the pension gap among G7 nations is $70 trillion dollars and that in Chile, it will grow by 5 percent this year. Chile is revising its system to make improvements, said Valdés, while many other countries are opting to cut benefits.

CAF’s Victor Rico noted Chile’s highly urbanized society and pointed to infrastructure as the key to continuing to improve Chile’s economic outlook. Latin America’s average infrastructure investments are 3 percent, but the figure should be boosted to 6 percent, he said, with long-term financing a necessary part of achieving this goal. Rico pointed to a proposed infrastructure fund for Pacific Alliance member countries as one solution.

No other Latin American country has a capital market on the same level as Chile's, says @principal President Luis Valdés.

Gender equality in the workforce served as the topic for the final panel of the day. Chile is definitely seeing gains, raising its female labor participation rate to 50 percent, said Carolina Cuevas Merino, an undersecretary in Chile’s Women and Gender Equality Ministry. But this rate still falls below the Latin American average of 56 percent.

Setting clear, measurable goals is one of the best ways to increase female students in STEM programs and also women’s advancement to private-sector leadership positions, said Accenture Chile’s Esteban Rodríguez. Claudia Manuela Sánchez Muñoz of Banco BCI stressed the importance of men committing to gender equality and advocating for their female coworkers. MetLife’s Elizabeth Nieto talked about how a woman should have not just a mentor to advise her at various steps in her career, but also a sponsor who can lobby for her within the organization in order to change power structures.

*Editor's note: A prior version of this recap mistakenly said that Chile would witness 1.3 percent growth in 2018. The forecasted figure is 4 percent. 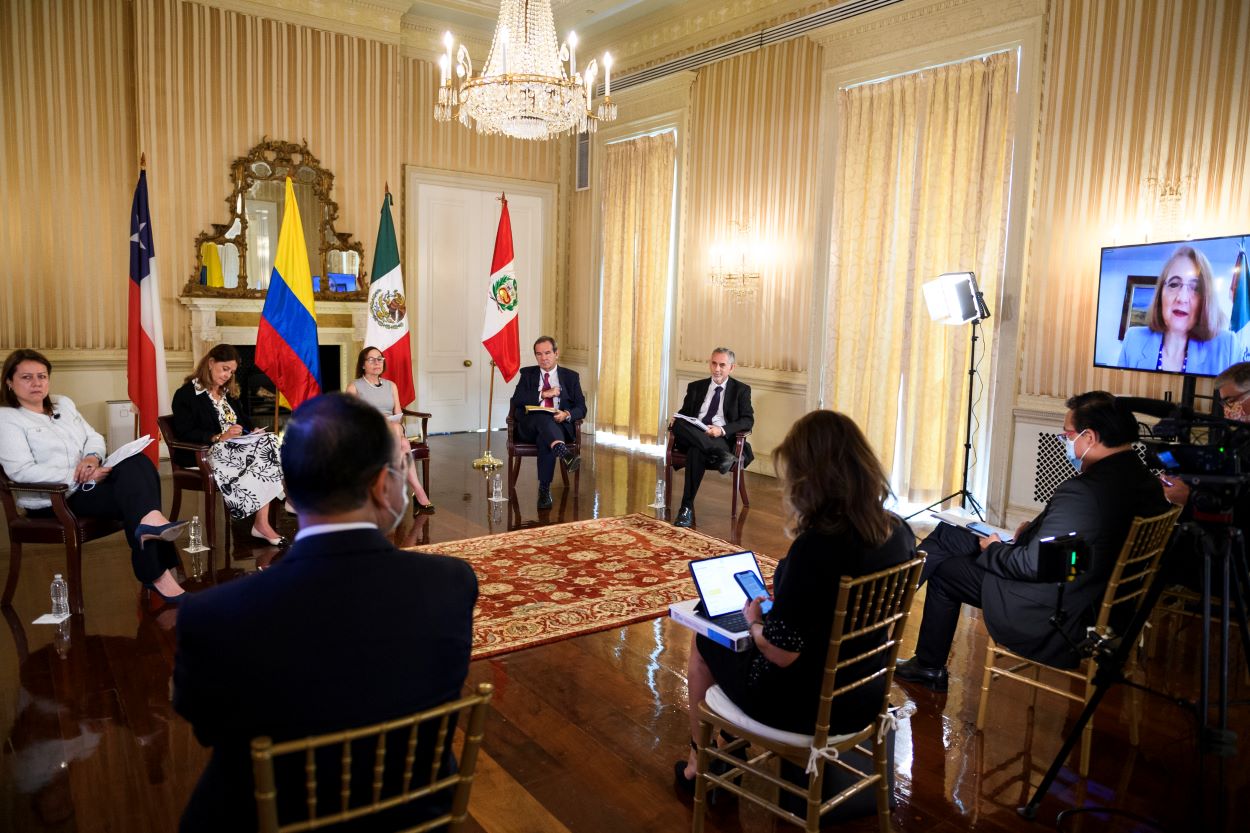