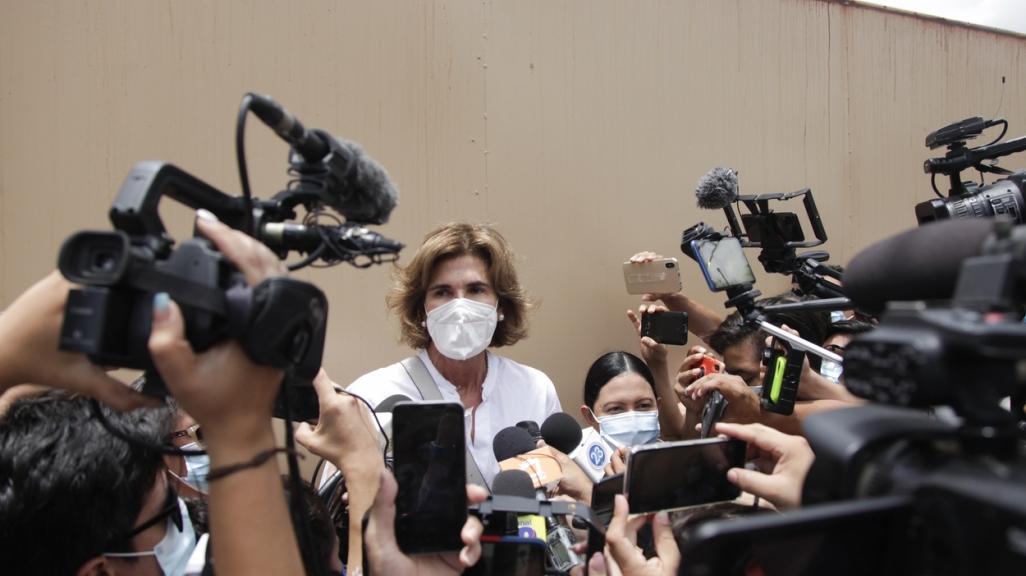 Reforms and a fractured opposition only make it easier for Daniel Ortega to secure a fifth term as president in November.

Nicaraguans won’t go to the polls until November 7 to elect a president and members of the National Assembly, but the fate of those elections is in flux after a series of recent developments. President Daniel Ortega, who will be running for a fifth presidential term, and his allies have passed reforms that hamper the ability of an already splintered political opposition to unite against him and his wife, Vice President Rosario Murillo.

In October 2020, the Organization of American States (OAS) directed Nicaragua to pass electoral reforms by the end of May 2021 so as to guarantee competitive and safe elections. The agency suggested the adoption of mainly technical reforms, such as updating the voter rolls.

On May 4, Nicaragua’s National Assembly did usher through reforms, though not ones the OAS had in mind. Instead, the approved reforms limit international monitoring of the election and do not provide for clear reporting of electoral results.

Alongside the reforms, the National Assembly passed several pieces of legislation over the past few months that curtail political freedoms. The October 2020 Foreign Agents Law requires organizations that receive funds from non-domestic sources to register as “foreign agents.” This will apply to many of Nicaragua’s human and civil rights organizations, which safeguard political and press freedoms, especially during election cycles.

Then in December 2020, legislation passed that bans broadly defined “traitors” from running for office. Another law passed that same month penalizes anyone who produces what the government determines to be “fake” news. This has only further chilled the environment for journalism and public dissent in Nicaragua, a country with about 100 political prisoners.

The election will be overseen by Nicaragua’s Supreme Electoral Council (CSE), which has seven magistrates and three substitutes. On May 5, the National Assembly selected members of the CSE, all of whom are close to Ortega and his political party, Sandinista National Liberation Front, aka the FSLN. The CSE continues to include Lumberto Ignacio Campbell, an Ortega loyalist currently under sanctions by the U.S. government for alleged human rights abuses.

The election will also be administered partially by the Nicaraguan National Police. Under the new electoral reforms, the National Police are now in charge of authorizing any political campaign activities that occur in public spaces. This caused immediate alarm, as the National Police have been criticized for their heavy-handed suppression of political expression. In 2018, they were central actors in the crackdown against the uprisings of citizens against reforms to the country’s social security system and the Ortega regime more generally. That repression left 328 dead and thousands in prison.

The OAS made clear their disappointment with the resulting reforms from the National Assembly. OAS Secretary General Luis Almagro expressed “extreme concern” over the composition of the CSE and new electoral laws. He warned that Nicaragua was headed for “the worst possible election.”

Both the EU and the United States condemned the pre-election reforms. Washington, which has sanctions in place against many Ortega allies, is considering increasing its sanction regime through legislation proposed in in the U.S. Senate.

There are several groups in the country that seek to unify anti-Ortega sentiment into a single political force. In 2018, the Civic Alliance emerged as the main opposition group when it negotiated with the government in response to the protests. The alliance went on to found the Blue and White National Unity movement (UNAB) to bring together smaller opposition groups. In 2020, The Civic Alliance and the UNAB joined with three other political parties to form the National Coalition.

In late 2020, however, the Civic Alliance left the National Coalition and formed of a new group, the Citizen Alliance. The coalition experienced more internal turmoil when it had to suspend several parties for allegedly supporting the FSLN. The National Coalition also saw the party it was planning on using as its electoral vehicle, the Democratic Restoration Party (PRD), have its legal status revoked by the CSE in May after allegations that its leader violated internal party statutes.

Shortly after the CSE members’ appointment earlier on May 5, they set the deadline for electoral alliances for May 12, which was sooner than originally expected. This sent opposition groups scrambling to finalize partnerships. Questions, such as how coalition seats in the National Assembly would be divided, prevented any agreement from being reached. In the end, a group known as Citizens for Freedom will run independent of the National Coalition. Neither group has selected a presidential candidate yet, though there are 11 active opposition pre-candidates. Ortega will benefit from the split opposition, especially as Nicaragua’s president is elected in a single-round, plurality system with just 35 percent required to win. In 2006, for example, Ortega returned to the presidency with just 38 percent of the vote.

Already, the new electoral laws are affecting the opposition’s ability to operate. The Violeta Barrios de Chamorro Foundation for Reconciliation and Democracy, an organization named after the former opposition president and that promotes freedom of information, was forced to close after it refused to comply with the new Foreign Agents Law. Then on May 20, the police raided its offices, after alleging that Cristiana Chamorro, the foundation’s former head and a pre-candidate for president, committed money laundering. The police also raided the office of her brother, Carlos Fernando Chamorro, a well-known opposition journalist.

The Ortega government has released hundreds of political prisoners—but not without conditions. Opposition leaders say dozens remain behind bars.