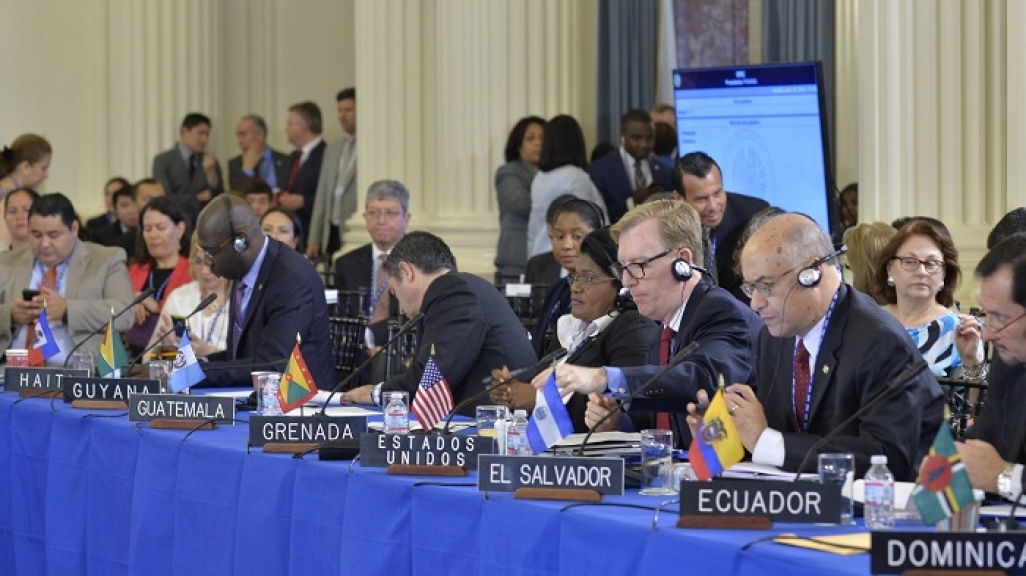 A New Direction for the Organization of American States

As the OAS gathers for its annual assembly, the agency must address Venezuela's deteriorating situation, writes COA’s Eric Farnsworth for The Huffington Post.

As foreign ministers from across the Americas gather in Washington today [June 15] for the opening of the annual General Assembly of the Organization of American States (OAS), they must keep in mind the deteriorating situation in Venezuela and take specific steps to address it. This is the first time since the April Summit of the Americas that the United States, Canada, and Latin American and Caribbean leaders are meeting. It is also the first General Assembly for the new Secretary General, Uruguay's Luis Almagro, who was elected without opposition and assumed his duties at the end of May. It is an important opportunity to chart a new course.

Since its founding in 1948, the OAS has played a meaningful role supporting democracy and monitoring elections, making peace and resolving border disputes, and promoting human rights across the region. But its effectiveness—as a collection of member states and subject to their direction—has slowly eroded as the hemisphere has grown increasingly divided over the past 15 years. Rather than being seen as a body to promote dialogue and seek common ground, the organization has become a forum to express discontent and division.

At the same time, other hemispheric groupings have proliferated, specifically and intentionally excluding the United States and Canada, and either overtly or by exclusion pulling in a direction apart from U.S. and Canadian interests, among the most prominent and developed are UNASUR (Union of South American Nations), CELAC (Community of Latin American and Caribbean States), and ALBA (Bolivarian Alliance for the Peoples of Our Americas).

These new groups have generally been welcomed by Washington for what they potentially represent: the emergence of new, more self-assured voices within the region that promise the opportunity for partnership among equals that the United States on a bipartisan basis has encouraged since the first Summit of the Americas in 1994. Unfortunately, however, rather than leading to a more effective pan-regional dialogue, these groups have tended instead to define themselves as bulwarks against the expansion of U.S. interests, broadly defined, within the Americas.

The principles of non-intervention and absolute sovereignty have now been elevated above the universal principles of democracy and human rights that Washington, Ottawa, and others have long advocated. In practical terms, raising the priority of absolute sovereignty above democracy promotion enables regional governments to engage in practices that are clearly inconsistent with the Inter-American Democratic Charter, which all nations of the hemisphere except Cuba signed on September 11, 2001. The hemisphere now frowns on even the slightest expressions of concern about other (non-U.S.) countries. And the only hemisphere-wide institution capable of reversing this trend, the OAS, has been weakened due to infighting, budget cuts, and ambassador slots that are too often left vacant or offered as sinecures.

The implications are playing out in real time in Venezuela, among others, which has taken a decided turn for the worse since February 2014 when anti-government protests first erupted nationwide. Under the guise of perfecting its socialist Bolivarian Revolution, the regime has undermined democratic institutions including the legislature, courts, and the press, while politicizing the commanding heights of the economy including the central bank and the national energy company, PDVSA.

Of course, sovereign nations are empowered to make their own economic decisions, no matter how unorthodox. What they should not be able to do, particularly as signatories of the Democracy Charter, is to repress their citizens for political purposes and to systematically undermine democratic guarantees. Several high profile political prisoners, including democratically-elected Caracas mayor Antonio Ledezma and former Chacao mayor Leopoldo Lopez, have been jailed under specious charges and denied due process. Opposition legislators including Maria Corina Machado have been hounded and harassed. Numerous former presidents from across Ibero-America have publicly called for the release of political prisoners and respect for basic human rights. In fact, 33 out of 50 opposition mayors face legal action since the demonstrations began for activities that range from supporting demonstrations to inciting violence.

This is precisely the sort of scenario to which the OAS must speak if it is to maintain credibility as a hemispheric guarantor of democratic governance and human rights protections. Specifically, as ministers gather in Washington this week, the OAS must find its voice, calling on Venezuela to release political prisoners immediately. Further, it needs to call for a date certain to hold the mid-term legislative elections that are prior to the end of this calendar year but which the president has so far refused to set. The OAS should also insist on being allowed to send a fully accredited electoral observer mission to Venezuela, with a mandate to conduct its work in the months leading up to the elections, not just during the elections themselves. Of course, this is just the bare minimum, but it's a start.

Democracy promotion is difficult. But without constant tending, the garden of democracy sprouts weeds and eventually the fruits of democracy die. As ministers of hemispheric nations convene in Washington, it's time to fetch the spade and get to work.

This article was originally published in The Huffington Post. 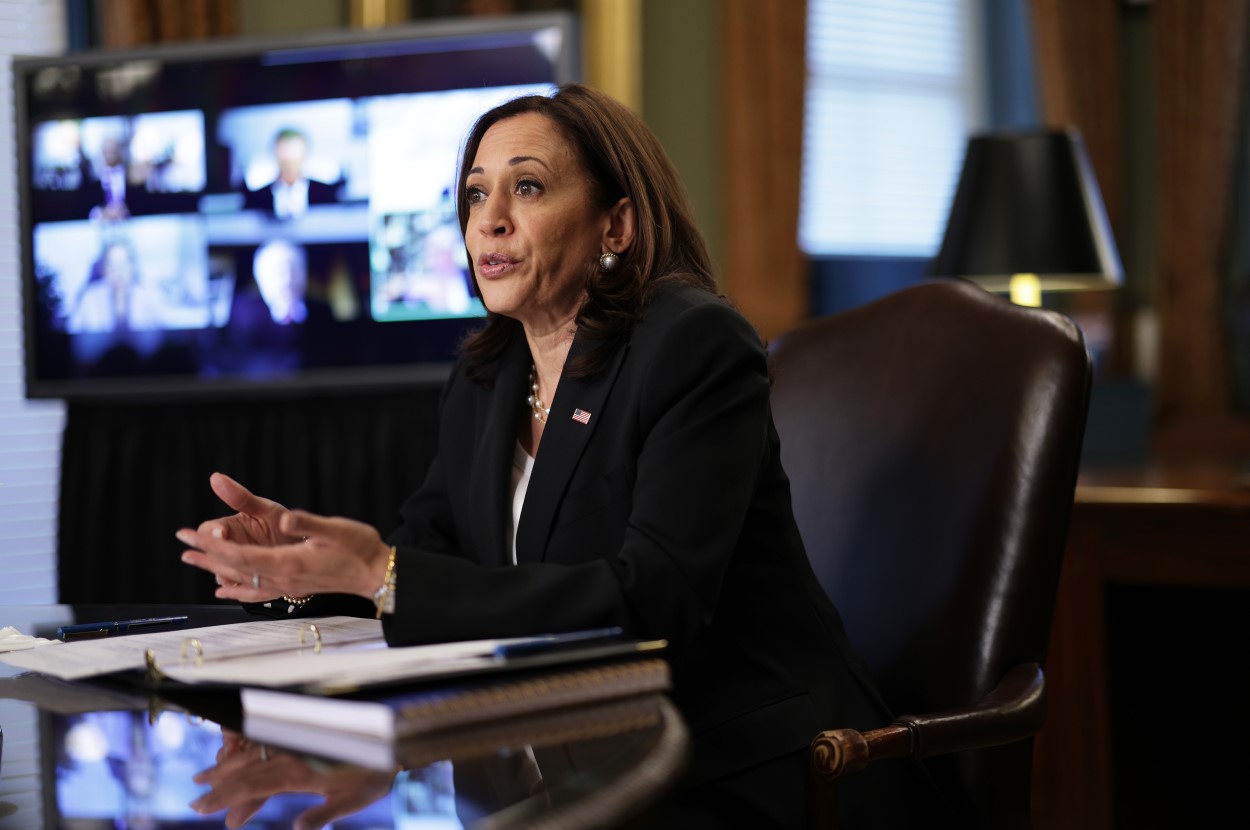 Central America May Need an Embrace, Not a Wagging Finger 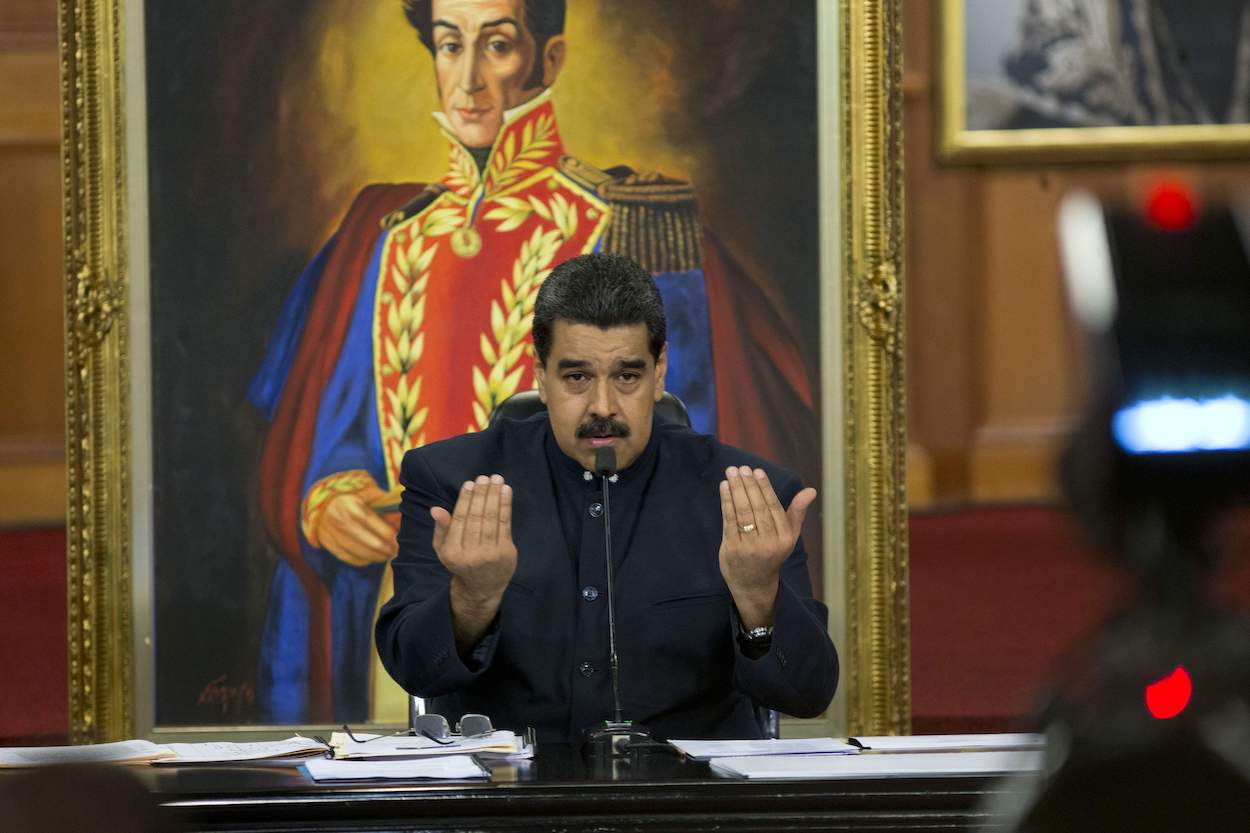