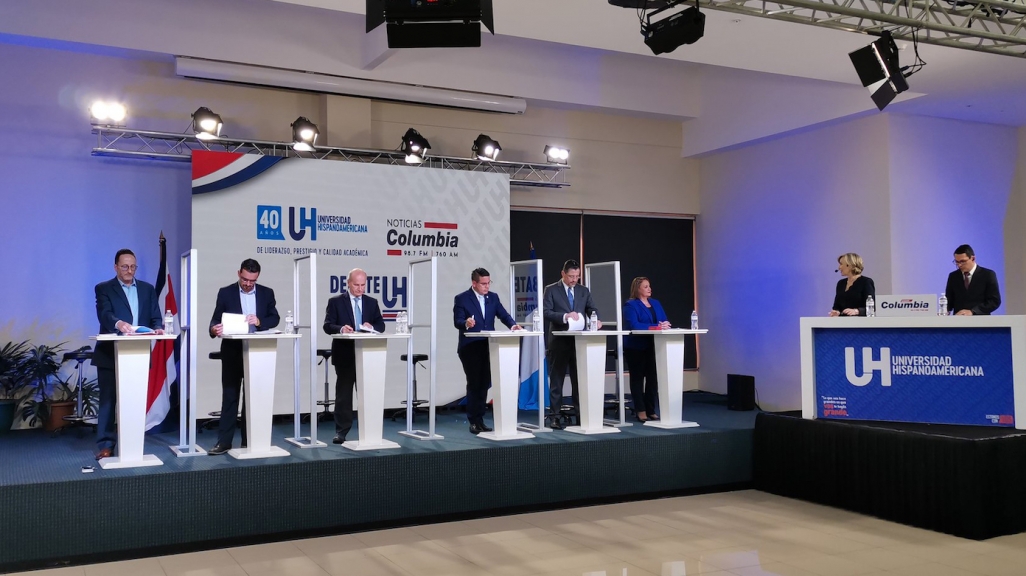 The presidency The legislature The issues Polling

Amid concerns about debt and unemployment, Ticos vote for a president and legislators on February 6. Learn more and see what the polls say.

A presidential candidate in Costa Rica only needs to notch 40 percent of votes in the first round to win outright. Despite that low threshold, both the 2014 and 2018 races went to a runoff. With none of the 25 official candidates polling above 20 percent, the 2022 race could go down the same path in February 6 general elections. A presidential runoff on April 3 is likely.

In the past two races, Costa Rica’s presidential election was prone to last-minute vicissitudes, with high levels of undecideds and turnout in the upper 60 percent range, meaning many voters make up their minds shortly before the election. (Voting in Costa Rica is technically obligatory, however, not enforced or penalized.) The waning influence of Costa Rica’s establishment center-left National Liberation (PLN) and center-right Social Christian Unity (PUSC) parties has also opened up the door to outsiders the last two cycles. All this makes polling tricky. The University of Costa Rica’s Center for Research and Policy Studies (CIEP), considered rigorous and transparent, undercounted support by 19 points for winners Luís Guillermo Solís of the Citizen Action Party (PAC) in the 2014 first round and for his successor and party mate, Carlos Alvarado, in the 2018 runoff.

The president cannot seek consecutive reelection, though Alvarado would likely have faced a tough competition, given that his approval is below 15 percent. Moreover, his party, the PAC, stands to lose most or all of the nine seats it currently holds in the legislature, and its presidential nominee, Welmer Ramos, is among the candidates polling under 1 percent.

Vying to replace the president are the PLN former head of state José María Figueres (1994–1998) and PUSC ex-Vice President Lineth Saborío (2002–2006), both of whom have steadily topped CIEP’s polls through mid-January. Next is Fabricio Alvarado, the conservative evangelical singer and ex-congressman who surprised all to win the 2018 presidential first round. He’s followed by Deputy José María Villalta of the progressive Broad Front (FA) and Rodrigo Chaves of the Social Democratic Progress Party (PPSD), who worked at the World Bank for a decade before leaving amid multiple sexual harassment allegations. Eli Feinzaig of the Progressive Liberal Party (PLP) was able to snag the sixth spot in a January 19 debate, the same route by which Solís and Carlos Alvarado were able to raise their profiles late in their races, and broke the 5 percent support barrier in CIEP's final poll before the general elections. We take a look at CIEP’s polling on the 2022 race below.

Ticos will also vote for all 57 representatives in the unicameral Legislative Assembly in the general elections. Voters register even higher rates of indecision for the congressional candidates, who are elected via a party list proportional representation system. Party control of the assembly will likely be shared by at least a half dozen parties, as is the case in the current session. In the 2018 elections, the PLN won the greatest number of seats with 17. It takes Costa Rica’s legislature, on average, three years to pass legislation, the slowest of any OECD country, thanks to a rule that allows any one deputy to filibuster a bill. Deputies can’t seek consecutive reelection.

While the pandemic has strained budgets worldwide, in Costa Rica, it’s bringing a debt crisis building since the 1980s to a head. With a 52.9 percent public debt to GDP ratio, Costa Rica’s is the third highest after Argentina and Brazil in Latin America, already the developing world’s most indebted region.

Legislative stagnation has exacerbated the problem. Solís introduced one reform bill in January 2017 when he was president that remains held up by a half dozen constitutional challenges, though Alvarado has said he’s committed to working to see the reform through before he leaves office in May. In a July 2021 report published as part of Costa Rica’s ascension process, the OECD highlighted the assembly’s inability to pass the reform aimed at implementing modest fiscal constraints, as well as decentralizing and making spending more flexible. One of the few things the assembly did approve was a $1.8 billion loan from the IMF also that July. As talks with the IMF begin this month, the government now has to walk a fine line between making spending cuts that risk rekindling popular revolts led by public workers in October 2020 versus not going far enough and exasperating investors whose patience has worn thin.

Economic issues are front and center for voters. The pandemic has also worsened unemployment in the country, and it’s the top concern for Ticos ages 18 to 35, who make up 38 percent of the electorate. Unemployment has steadily climbed from 8.1 percent in 2017 to 14.4 percent in November 2021, the most recent month for which data is available. CIEP also found that Ticas under 35 without a university education are the most likely to be undecided on the presidential candidates. Rising prices are also a concern for voters; inflation in Costa Rica stood at 3.3 percent for 2021, below the Latin American average of 7.2 percent.

A flurry of corruption issues dominated headlines at various points in 2021, including one that saw six prominent mayors—including San José Mayor and 2014 presidential candidate Johnny Araya—arrested. Many voters told CIEP in November those events caused them to view local officials more negatively than the office of the president.

This article was originally published on January 20 and has since been updated.