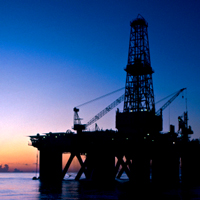 In the next decade, Latin America is poised to become the next frontier for oil and gas production, as recent discoveries offer promise of energy bonanzas from Brazil and Argentina to the Falklands and French Guiana. But profiting from new reserves requires regulatory framework and consensus on how to manage new revenue streams. Earlier in the month, Spanish oil company Repsol announced it had found 927 million barrels of shale oil as well as large natural gas reserves in Argentina, raising questions about domestic regulation and management of foreign investment. But if Argentina can exploit the reserves efficiently, it could potentially gain energy self-sufficiency in five years or more, adding more incentive to implement regulatory framework for the energy sector. Latin America provides several examples of countries that have instituted successful energy regulation, fomenting foreign investment and growth while also funding productive social programs. There are, however, cautionary tales of mismanaged energy development to be found in the region.

Colombia, Latin America’s fourth-largest oil producer and the third-largest oil exporter to the United States, demonstrates effective management of energy revenues. Daily oil production rose from 550,000 barrels a day in 2004 to 953,000 in August of 2011, a 73 percent increase. In 2003, then-President Álvaro Uribe created the National Hydrocarbons Agency to issue concessions, and in 2007 opened the state oil company, Ecopetrol, to private investments, increasing competition and doubling exploration contracts by 2009. To ensure the best use of oil revenues and to prevent Dutch disease—the appreciation of the local currency and less competitive non-oil exports—the Colombian government established a sovereign wealth plan and an agreement on how to best distribute royalties among Colombia’s departments. Congress passed both reforms in June 2011, creating a fund that sets aside 30 percent of oil royalties held in dollars abroad and a scheme in which Colombia’s main oil-producing regions will only receive 25 percent of revenues, down from 75 percent. The sovereign wealth fund, modeled after a similar version in Chile, aims to maintain growth and prevent against fluctuations in global markets.

In stark contrast to its neighbor, Venezuela’s oil production has declined over the past five years, despite surpassing Saudi Arabia this year as holder of the world’s largest oil reserves. To fund large social programs, President Hugo Chávez made several structural changes that had the effect of discouraging investment and reducing production. In 2007, the oil industry was nationalized, giving state oil firm Petróleos de Venezuela S.A. majority control of all oil projects and forcing out several oil firms that refused to cede control. The following year a “windfall” tax on oil revenues was instituted. Dutch disease has become a concern; capital controls contributed to an overvalued bolivar, a fall in non-oil exports, and an increase in imports. The country also faces numerous challenges, including rising inflation, the largest public debt in Latin America, and electricity shortages.

With energy demand in Peru growing 5 percent a year over the last five years, domestic capacity will need to double over the next decade to meet the country’s energy requirements. President Ollanta Humala is building on the previous administration’s success at attracting investment and reinvigorating the country’s energy sector by continuing to court the private sector to help increase production for both the domestic and international markets. ProInversión, the national investment agency, announced it anticipates just under $10 billion in investment over the next two years, the lion’s share of this in hydrocarbons, and rising demand could see liquefied natural gas exports increase by 330 percent over the next 12 months. The Humala administration is also partnering this push with strong social objectives. A ministry of social inclusion was launched in September of this year to insure profits reach all sectors of society, and the president signed into law the Ley de previa consulta the same month. This law requires consultation with indigenous and local communities before any major energy or mining projects are approved on their land. While the previous president refused to sign the law amid violent protests citing fears it would scare away investment, Humala has stated he believes the law, as well as social inclusion efforts, will attract investment and calm widespread unrest.

Brazil’s recent hydrocarbon discoveries have required significant regulatory adjustments. As well as the 2007 and 2010 massive pre-salt finds amounting to an estimated 16 billion barrels of oil, state oil firm Petrobras discovered in June 2011 significant offshore natural gas reserves in the northeast of the country, and on November 14, a consortium oil firms including Petrobras and Repsol announced the discovery of a well in the Santos basin which could produce 28,000 barrels a day.

Prior to the game-changing pre-salt finds, Brazil established regulations intended to open the oil sector to private investment. In 1997, President Fernando Henrique Cardoso created a regulatory agency, the Brazilian National Agency for Oil, Natural Gas, Hydrocarbons and Biofuels in 1997, designed to grant concessions, and passed the Petroleum Law, which partially privatized Petrobras. President Inácio Lula da Silva’s government chose a different approach, passing laws to impose more state control over oil exploration. In 2010, Lula created a state-owned company to manage production-sharing of the pre-salt called Pré-Sal Petróleo S.A., and established a production sharing regime for the pre-salt reserves. The same year, Lula gave exclusive pre-salt operation rights to Petrobras, and created a fund to use oil revenues for social programs. But the government is delaying auctions of concessions for three years, and will not move forward until a hotly contested royalties law passes, currently stalled in Congress. The law would reduce oil-producing states’ share of profits from 26.25 percent to 20 percent, and would raise non-producing states’ share from 1.76 to 20 percent. Rio de Janeiro state stands to lose an estimated $1.9 billion in 2012 and $27 billion through 2020. On November 11, a protest in Rio to oppose the redistribution scheme attracted 150,000 people. Another hurdle is the November 8 Chevron oil spill off the coast of Rio de Janeiro, which raises questions about the environmental safety of offshore drilling and is inflaming nationalist sentiment about foreign oil companies operating in Brazil.  The focus on oil production could detract from investments in renewable energy.  Because of high demand and expensive sugar prices, Brazil will become a net importer of U.S. ethanol; the world’s largest ethanol producer already imported 132 million gallons from the U.S. from 2010 to November 2011.