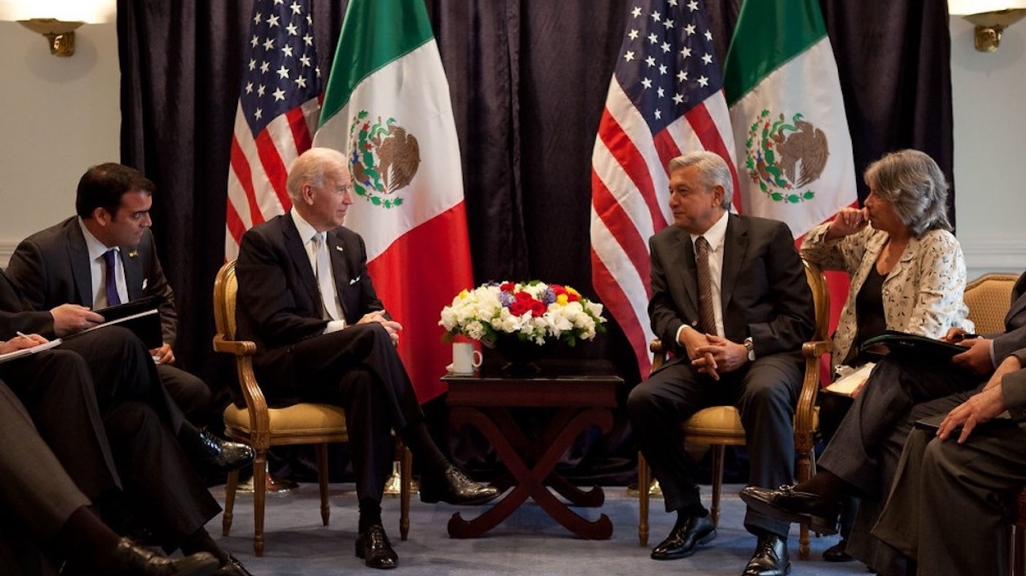 As Joe Biden moves into the Oval Office, he’s made immigration a priority item for his administration. It’s also a top issue on the agenda for relations with Mexico—but it’s definitely not the only one.

In fact, during the waning days of the Donald Trump presidency, there were some bumps in the road when it came to his administration’s generally strong ties with the Mexican government. On January 15, President Andrés Manuel López Obrador, or AMLO, released evidence from the U.S. investigation into Mexican former Defense Minister Salvador Cienfuegos and suggested the case was fabricated. Later that night, the U.S. Department of Justice defended the investigation and said Mexico violated a treaty by releasing the documents. The agency also expressed disappointment that Mexico wasn’t pursuing the case against the retired general.

“I think this poses an interesting challenge for the Biden administration on what to do next,” says Dr. Sergio Alcocer, president of Mexico’s Council on Foreign Relations, or COMEXI, who explains that, with matters such as the Cienfuegos case, AMLO is making decisions with an eye toward his country’s midterm elections in June 2021 and bolstering his relationship with Mexico’s military. With that in mind, Alcocer suggests it could be hard to delve deep into solving tougher bilateral issues until Mexico’s electoral period concludes. Moreover, he notes that Biden and AMLO will have different approaches, with the incoming U.S. president focused on taking an active role on the global stage while his Mexican counterpart stays focused on issues at home. “López Obrador has said the best foreign policy is interior policy.”

"Probably—being very pragmatic, both of them—the best would be to meet at the border."

Alcocer, who served as deputy minister for North America in Mexico’s Foreign Ministry during the time Biden was vice president, shared insights for what both governments should expect in terms of working with each other. “Biden knows very well what's going on in Latin America,” he says, adding: “Mexico, in my opinion, needs to realize that the one that benefits the most with a good relation between the United States and Mexico, is Mexico.”

Given that AMLO rarely leaves his country, where will the two leaders first meet in person? Alcocer suggests a symbolic choice. “The best would be to meet at the border,” he says. “This would be a very interesting place for Biden to say, ‘We don't want a wall. We don't need a wall.’"