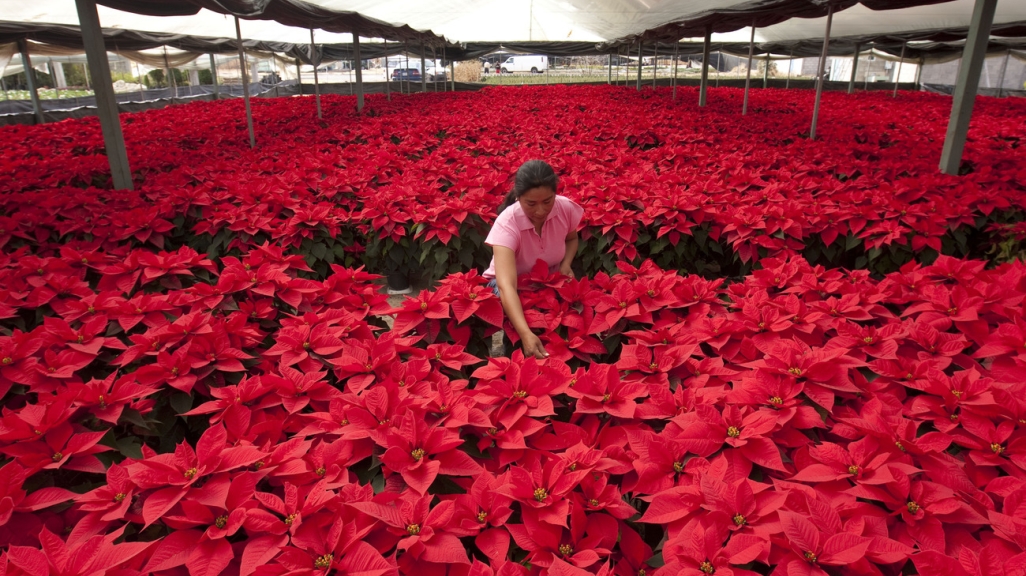 A worker among poinsettia flowers in a Mexico City greenhouse. (AP)

LatAm in Focus: Three Stories You May Have Missed in 2022

2022 brought Latin America polarized elections, creeping inflation, and even a World Cup championship. To round out the year, we bring you three stories you may have missed.

To start, December is a time of year when most people in the Americas are gearing up for a holiday break. On that front, Mexicans have something to celebrate after long having one of the lowest vacation rates in the world—well below the regional average of 15 days per year. In recent weeks, Mexico’s Congress approved a law that will double the time from 6 to 12 days. The country also upped the minimum wage by 20 percent, well above inflation rates.

In the opening segment, Executive Director of economic think tank México ¿Cómo Vamos? Sofía Ramírez Aguilar explains why the country has lagged the region on both fronts and how it can bring improvements for quality of life, productivity, and the economy overall. “We are one of the countries that works most per capita, but that doesn’t mean we work correctly,” she tells Carin Zissis.

Then, Claudio Ruiz, an affiliate of the Berkman Klein Center for Internet & Society at Harvard University, spoke about Chile’s chance to become a global pioneer for digital rights, which were featured in a draft constitution rejected by voters in September 2022. Ruiz described the “novelty approach” of the constitution seeking to protect human rights in the digital sphere as being as important as protecting those rights in the non-digital one.

While the constitution didn’t pass, Ruiz believes that Chile can enshrine this approach in its digital regulations, whether through bills or a constitutional rewrite. “There's an important opportunity there for the upcoming decades,” he told Chase Harrison. “It's not something that is going to be solved in the next month. It's something that requires some long-term vision.”

Finally, we hear from Lima-based freelance journalist and regular Washington Post contributor Simeon Tegel. He talks with Jennifer Vilcarino about Rafael López Aliaga, who will take the helm of what is arguably the second-most important political post in the country when he becomes mayor of the capital on January 1, 2023.

Tegel describes the businessman-turned-politician as a controversial, “ultra conservative” figure who has been compared to populists such as Brazil’s Jair Bolsonaro and the United States’ Donald Trump. As such, he is “an ideological enemy” of new President Dina Boluarte and may seek to use his position as a launching pad to the presidency, even as the country faces turbulence following the ousting of her predecessor, Pedro Castillo.

But Tegel warns that, amid a looming food crisis and López Aliaga’s “unrealistic” proposals when campaigning to run the city where a third of Peruvians live, “You wonder if he has any idea of what being mayor actually involves, what the responsibilities are, and also what the needs of this city are.”

This podcast was co-produced by Luisa Leme and Jon Orbach.

The music in this podcast is Eric Kurimski Quartet performing “Ya.” Learn more about upcoming concerts: musicoftheamericas.org

The photo of Sofía Ramirez Aguilar is by Fernando Luna.