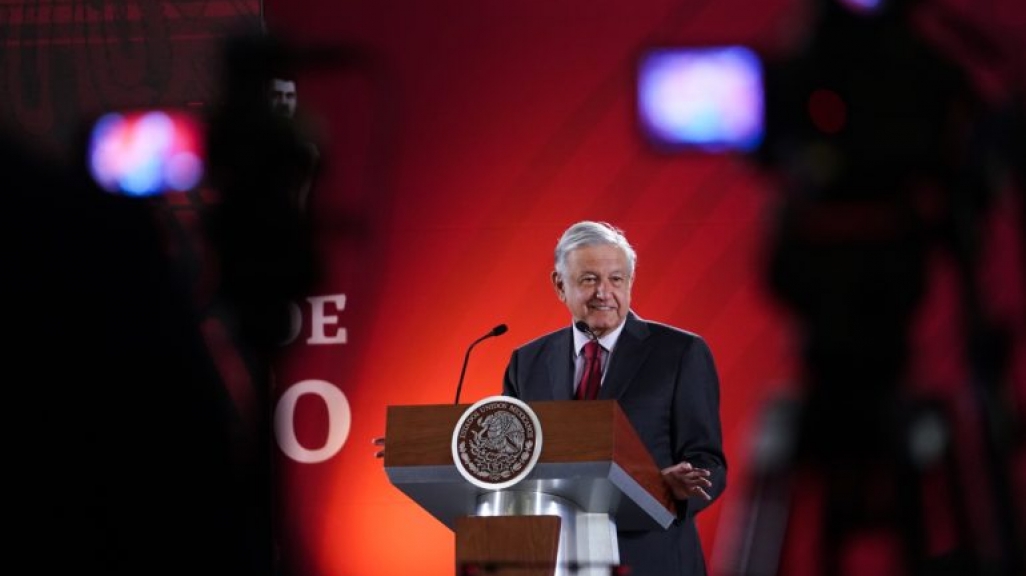 LatAm in Focus: Sizing Up the Start of AMLO's Presidency

“For AMLO, democracy started with him,” says CIDE’s Carlos Bravo Regidor in this podcast exploring the big issues that marked the first 100 days of Mexico’s López Obrador in office.

Andrés Manuel López Obrador came into office on December 1 with pledges to transform Mexico. Now, as he wraps up his first 100 days in office on March 10—and despite some controversial moves to make good on his promises for change—he continues to have high levels of popularity. One reason is that the across-the-board landslide victory by López Obrador and his party MORENA left the opposition decimated. “Even if you become skeptical or disenchanted with López Obrador, you have nowhere else to go, so that keeps his approval ratings very high,” says Carlos Bravo Regidor, an associate professor and director of the journalism program at the Center for Research and Teaching in Economics, or CIDE, in Mexico City.

In this episode of Latin America in Focus, Bravo Regidor talks with AS/COA Online’s Carin Zissis about why violence and security will be the area where voters will want to see results first, how López Obrador—known as AMLO—handles checks and balances, and the role of history and nostalgia in AMLO’s presidency. “When he tries to position himself historically, his enemy is what he calls the neoliberal period, so what happened in Mexico between the 1980s and 2018,” says Bravo Regidor. “That period was also the period when Mexico became a democracy. And AMLO doesn’t make that distinction. For AMLO, democracy started with him.”

But that also means AMLO’s nostalgia looks back to a less globalized world, says Bravo Regidor, who writes for Reforma and Mexico.com and is a frequent radio and TV commentator. “The idea that López Obrador has of Mexico is from a previous era,” he says. “At the moment of the 2018 election, that complex society that Mexico is today ended up voting for a guy that doesn’t really reflect that complexity in his vision of the country, his vision of the world, or his policies.”

The conclusion of AMLO’s first 100 days in power also happens to coincide with the ninetieth anniversary of the Institutional Revolutionary Party (PRI), the hegemonic political force in Mexico through most of the twentieth century. MORENA’s rise has drawn comparisons to the PRI, but Bravo Regidor notes that there’s a crucial difference. “MORENA has something that the PRI never had, which is democratic legitimacy. One of the weak spots of the PRI was that its democratic legitimacy was in question, and that made the PRI a lot more susceptible to opening spaces for the opposition,” explains Bravo Regidor. “The PRI knew deep down inside that that was their original sin, so to speak. MORENA doesn’t have that original sin, so that renders MORENA a lot stronger because MORENA doesn’t have to give anything away to the opposition. ‘We won, and we won by a landslide.’”

Listen to the podcast to hear more about AMLO’s position on U.S. ties and approach to Venezuela, how the president’s daily press conferences give him an “omnipresence,” and what—for Bravo Regidor—has been the biggest surprise of the new government.