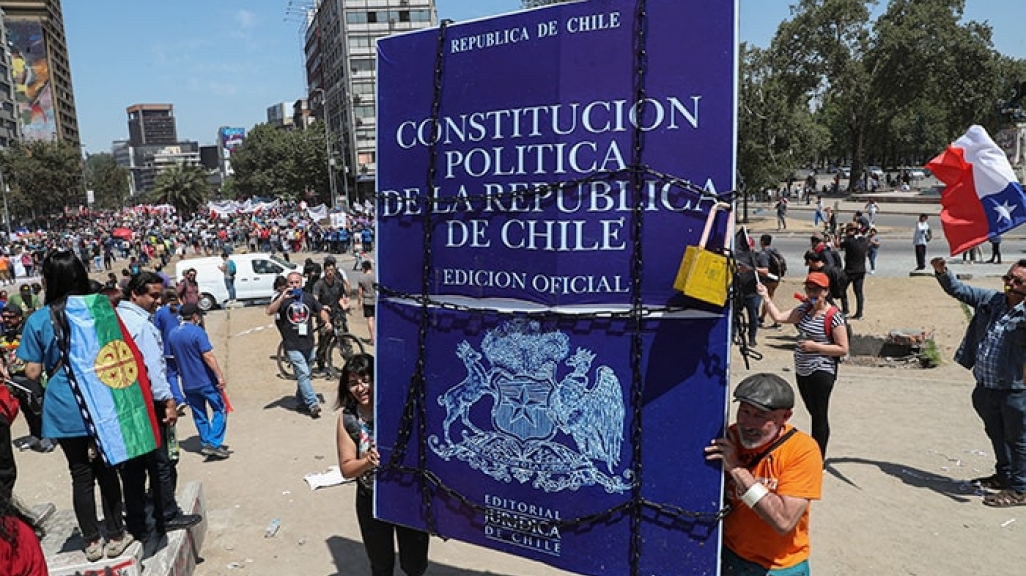 LatAm in Focus: The Role of Chilean Women in a New Constitution

Constitutional lawyer Claudia Sarmiento explains why Chileans have been out on the streets demanding a new constitution and how gender plays into the social movement.

In mid-October, over a million Chileans took to the streets—and outdoor forums—to protest the government and propose reforms. In a coup for the reform-minded, the government of Sebastián Piñera agreed in mid-November to a major demand of protestors: one for a new constitution. Now it’s up to Chilean society to figure out not only what that constitution will look like, but who will be at the table to write it. “This debate is not only about constitutional law. It’s about our social contract, about what kind of society we want to build,” says Claudia Sarmiento, a constitutional lawyer and law professor at the Alberto Hurtado University Law School.

In this podcast interview with AS/COA Online’s Luisa Horwitz, Sarmiento discusses the precedent that the current constitution—which was approved in 1980 during the Pinochet dictatorship—set for Chilean politics. Even after democracy was restored over the course of the next decade, the benefits of a successful Chilean economy did not translate into benefits for the society as a whole, fueling a deep inequality that many pegged as the root of the unrest this fall. “This is a unique moment in our history: never before have we [women] had the opportunity to discuss what kind of constitution we will have for ourselves,” she explains, talking about the importance of having women’s participation in drafting a new document and, in so doing, setting a new precedent of equality for Chilean society.

“It’s important for women to have a voice, to be in Congress, to be able to access power to represent the kind of necessities that will ultimately be represented into rights…to have a say in how power will become structure,” Sarmiento says.