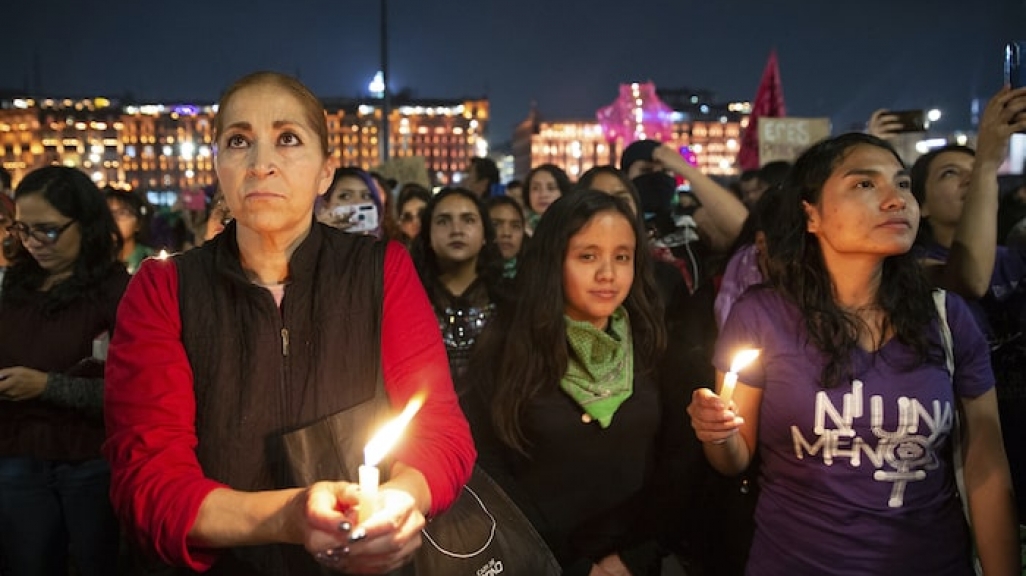 A vigil in Mexico. (Bénédicte Desrus/AP)

EQUIS’ Ana Pecova explains why Mexico’s laws fall short when it comes to stemming violence against women and how to turn the tide.

In a country where nearly 99 percent of crimes go unpunished, violence against women and the impunity that comes with it are sparking outrage and mobilizations—a movement reflected throughout Latin America.

This year on March 8, International Women’s Day, protests will take place across Mexico. The following day, using hashtags such as #El9NingunaSeMueve and #UnDíaSinMujeres, women around the country will strike from work and school, bringing to mind the impact of 10 lives lost daily.

Amid this clamor for justice, a question remains: how do we get results? After all, in recent years Mexico has poured resources into battling discrimination and violence against women. And yet, the femicide rate rose 138 percent from 2015 to 2019.

“We’ve got very good legislation. Everything on paper looks great,” says Ana Pecova, executive director of EQUIS Justice for Women, a Mexico City-based organization that works to transform institutions, laws, and public policy to boost women’s access to justice. Pecova, who won a National Journalism Award in Mexico in 2016 for her op-ed “Derechos de papel” (“Paper Rights”) in Nexos magazine, says the problem is that women’s rights too often don’t stand up beyond the paper they’re printed on.

“Each one of those cases, if institutions had acted, could have been prevented.”

In her conversation with AS/COA Online’s Carin Zissis, she explains the Kafkaesque nature of women’s services offered in Mexico, whether it be understaffed justice centers closed during hours when women are most likely to face violence, to a lack of simple tools for conducting femicide investigations. “People are simply outraged at not only the cases of violence that are happening, but also the very basic lack of access to justice, where institutions fail women at every possible moment,” Pecova says. And harsher punishments are unlikely to help. “We have no evidence that increasing penalties is going to fix the problem,” she says. “It’s just a Band-Aid. It’s just patches.”

On top of that, there’s been a shift in the violence women face since Mexico took up a militarized approach to organized crime. “Starting from 2007, everything begins to change here in Mexico and violence—violence that women face particularly—begins to become much more complex,” says Pecova, pointing to the fact that women’s murders are often more brutal than those of men and increasingly involve firearms. “Now we have a whole other phenomenon of violence that takes place in the public sphere, and we have absolutely no policy to deal with that in place. We don’t even recognize that as a factor of risk for women.”

Pecova says there is an urgent need for solid, transparent data to evaluate and improve justice for women. She also suggests looking at preventative measures that start at home or in the workplace. For example, studies show women who have jobs or live in households where chores are shared are less likely to face domestic violence. Says Pecova, “I think we’re just feeling as a society an urgent need to do something, to start implementing policies that work.”

Note: This podcast episode discusses violence against women and may not be suitable for all listeners.