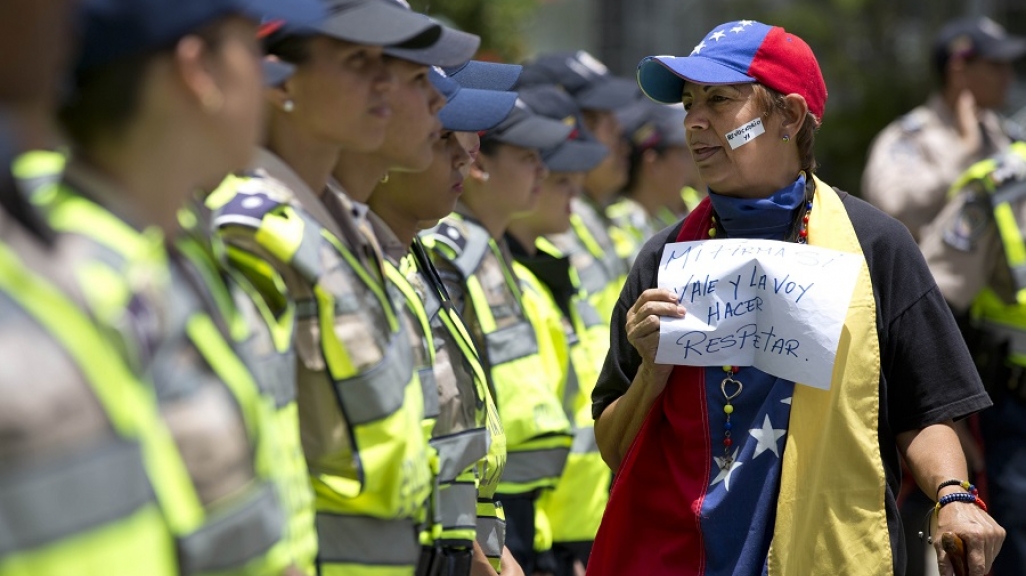 A woman marches in support of the recall of President Nicolás Maduro. (Image: AP)

LatAm in Focus: Julio Borges on Civil Disobedience in Venezuela

The opposition leader talks about the recall referendum, pushing the government to follow the Constitution, and telling his young quadruplets why government supporters beat him.

Earlier this month, Venezuela’s National Electoral Council dealt a blow to backers of a recall campaign facing President Nicolás Maduro. The opposition was pushing for the referendum to take place in 2016, which, if successful in recalling Maduro, would trigger new elections to replace him. But the electoral agency delayed a key deadline, meaning the referendum is now likely to take place in 2017, when, instead of new elections, the executive vice president would accede to the presidency.

But it’s not just the recall referendum the government is thwarting, says Miranda Congressman Julio Borges, a party leader and head of the opposition coalition within the National Assembly. The Supreme Court has overturned close to two dozen laws passed by the opposition-controlled assembly since January, and the National Electoral Council has yet to set a date for gubernatorial elections, which are constitutionally mandated to be held by the end of this year. In response to this host of issues, Borges and other coalition leaders are calling for a march in Caracas on September 1. He says calls for civil disobedience seek a return to order.

But even if opposition members are pursuing their “right to rebel” rather than a call to violence, Borges himself was badly beaten by government supporters in June. He spoke with AS/COA Online’s Holly K. Sonneland at the organization’s offices in New York about the recall referendum, the goals of the September 1 march, and how he explains to his young quadruplets why pro-government supporters would want do him harm.