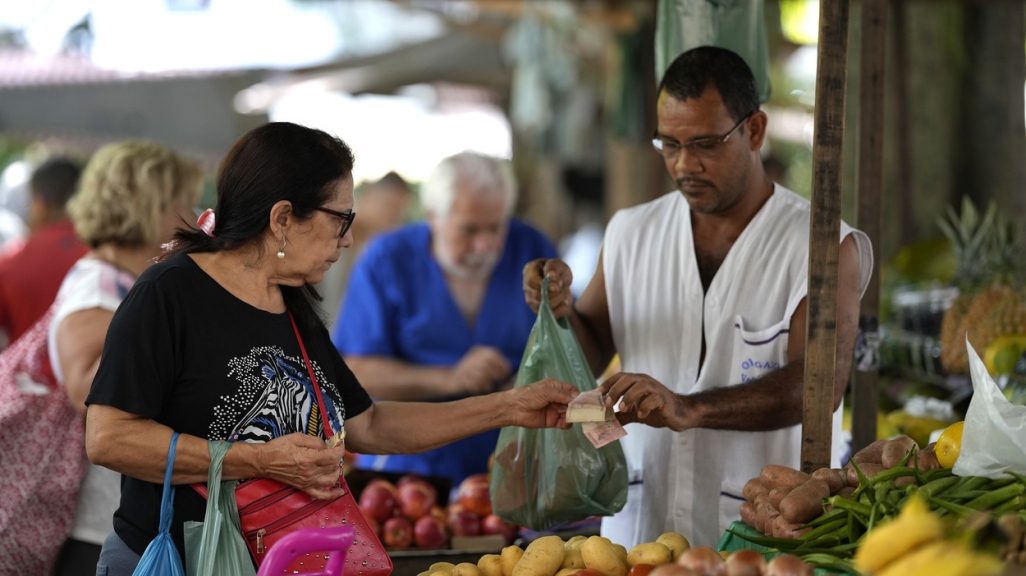 A woman at a market in Rio de Janeiro. (AP)

But do these measures work, and what has Latin America learned from past cycles of inflation? For one, says Senior Fellow for the Policy Center for the New South Otaviano Canuto, countries need to end a vicious cycle. “The trick is always—when inflation ran away and was out of control, and expectations are holding it at very high levels—is to find a way to delink and break expectations about inflation and the currency.”

The former World Bank vice president spoke with AS/COA Online’s Luisa Leme about how the region is better positioned than in the past to fight inflation, despite facing a global crisis of “apocalyptical” proportions. “They will feel the brunt of the interest rate hikes here in the U.S. but not something similar to the disasters that we had in the past,” he says.

Inflation can also have a political impact. As voters in the region demand change and inflation-fueled hunger grows, Canuto warns of the risk of more social unrest. For him, inflation is a factor in weak support for President Jair Bolsonaro, who is seeking reelection in Brazil. He also says some of the new political faces in the region could struggle to produce results for their supporters. “Typically, populists promise things that cannot be reached.”

The episode also discusses another malady affecting Latin America: corruption. Host Carin Zissis speaks with AS/COA Vice President and Americas Quarterly’s Editor-in-Chief Brian Winter about the fourth edition of the Capacity to Combat Corruption Index, a report published in partnership with Control Risks that measures 15 Latin American countries’ ability to detect, punish, and prevent corruption. He says the latest Index shows mixed results, with the region’s two biggest economies, Brazil and Mexico, dropping in the rankings, but other countries showed resiliency. Says Winter: “The main takeaway is that the anti-corruption drive is not dead.”

The 2022 Capacity to Combat Corruption Index

The music in this episode is Alexandre and Douglas Lora performing “Mamãe Oxum” and the Cliff Korman Ensemble performing "Tarde" for the Music Program at Americas Society.