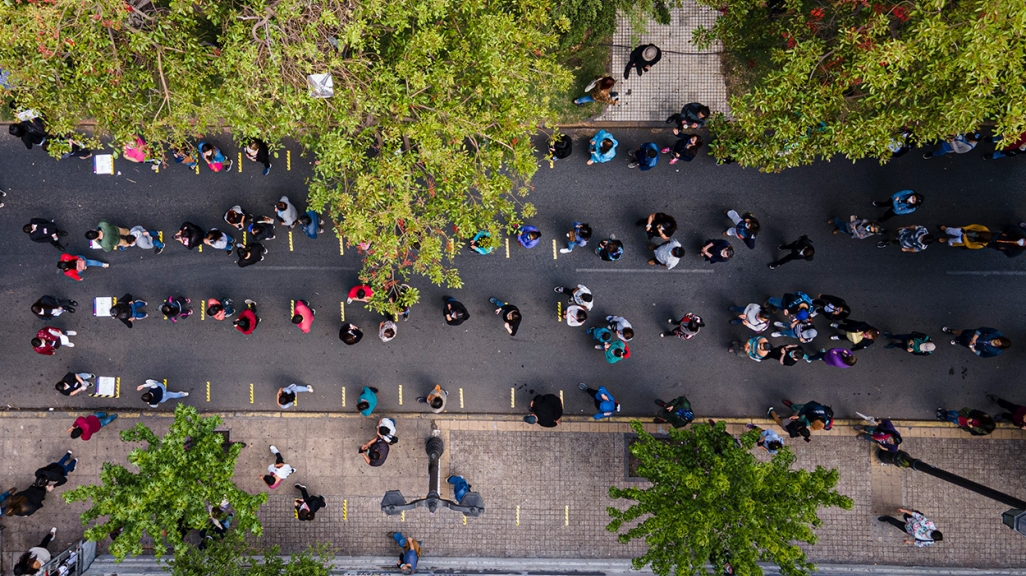 Adolfo Ibáñez University’s Isabel Aninat spells out what’s at stake in each vote, from the selection of constitutional delegates to the country’s next president.

Chileans are gearing up to vote for pretty much everything in 2021, including a new president at the end of the year. But right now that election is far down the road, given that voters must first choose local leaders, governors for newly created regional authorities, and delegates for a constitutional convention on May 15 and 16.

That vote for 155 delegates is the second step in the country’s process of rewriting its Constitution. Isabel Aninat, dean of Adolfo Ibáñez University’s law school, tells AS/COA Online’s Luisa Horwitz why it’s an important one. While an October 2020 plebiscite saw overwhelming portion of voters backing—then celebrating—the decision to rewrite the country’s Magna Carta, Chile is in a “complicated political situation” with a government that faces dim presidential approval ratings and "low trust in institutions such as Congress and political parties,” says Aninat. Now, the vote for delegates brings new, independent faces to the scene. There are 17 seats reserved for indigenous representatives and a requirement for gender parity in representation. Once chosen, the body then has 12 months to draft the document, which will be put to the public for ratification in 2022.

Beyond the Constitution, Aninat notes that municipal elections are also crucial, given how they shape the presidential vote. Typically held a year before a general election, these votes gauge the electorate's mood, but the shorter timeline between this vote and July’s presidential primaries is adding to uncertainty over who will compete for the country’s highest seat. Voters will also cast ballots for candidates to fill the new posts of regional governors, the creation of which, says Aninat, will contribute to Chile’s political decentralization by giving regions more authority over matters like resource management.

But there are other reasons why this electoral cycle is not like those of the past. “We’re in a different electoral mood,” says Aninat, who explains how another coronavirus wave and a persistent curfew are affecting the electoral environment. Still, there are positive signs for political engagement in the wake of October 2019 protests. While turnout in both rounds of the 2017 election didn’t break 50 percent, in November 2020, 78 percent of Chileans said they planned to participate this time around per Cadem. The real question, says Aninat, is what the electoral turnout will actually turn out to be. Despite a vaccination campaign well underway, “we lack that sentiment that is very common before an election in a normal year,” says the dean.

Regarding Chile’s presidential vote, it’s open season. Aninat emphasizes the lack of any single, strong candidate and says there are still many negotiations within political coalitions about who will run. Meanwhile, some hopefuls are still gathering signatures to get on candidate lists for the primaries.

Chile: Toward a New Constitution

The constitutional convention opens a door to a new political arena in a presidential election year, said experts in an AS/COA panel.