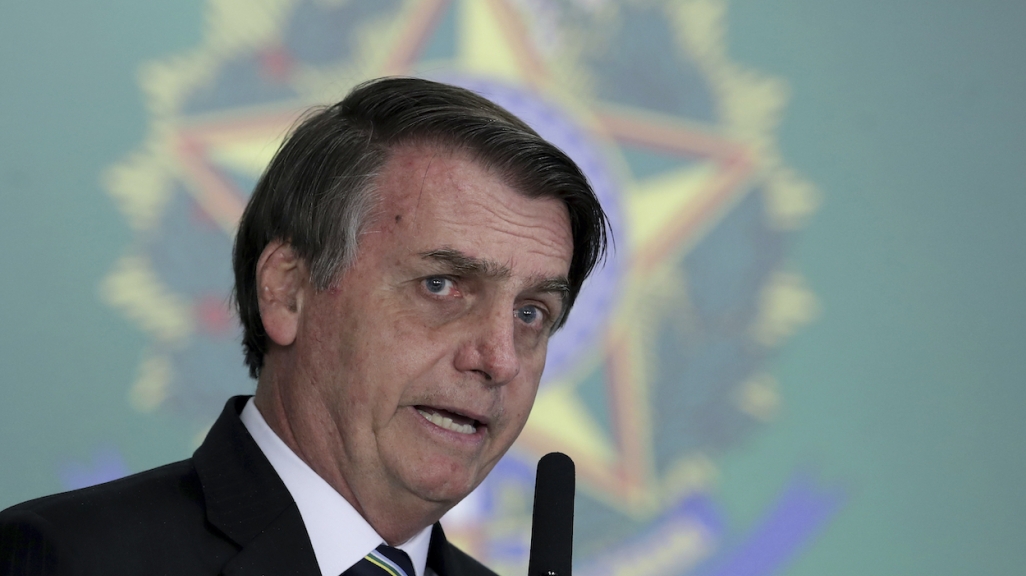 Brazil's president has moderated his tone on climate change, but the international community will be watching Amazon deforestation numbers, writes AS/COA’s vice president in Foreign Affairs.

For seven minutes at least, Jair Bolsonaro sounded nothing like himself. When Brazil’s president addressed the Leaders Summit on Climate, which the administration of U.S. President Joe Biden convened on April 22 and 23, even skeptical observers noted Bolsonaro’s change in tone. Instead of insisting that the Amazon was “practically untouched” by fires or blaming a “lying and sensationalist media” for stirring up controversy over Brazil’s environmental policies, as he did at the United Nations General Assembly in 2019 and on countless other occasions since, a visibly subdued Bolsonaro vowed to end illegal deforestation by 2030 and achieve emission neutrality by 2050. He emphasized that Brazil is “open to international cooperation.” The Brazilian media remarked that the president even wore a green tie.

Has the leader who once embraced the nickname “Captain Chainsaw” and who has overseen a more than 40 percent increase in annual deforestation rates since taking office really changed his policy? Or was the speech a cynical—and ultimately doomed—attempt to manipulate global public opinion? After all, Bolsonaro is increasingly isolated abroad and faces rising political pressure at home due to his disastrous handling of the COVID-19 pandemic and the emergence of an unexpectedly strong challenger for reelection next year.

Since the moment the speech ended, diplomats from Brussels to Washington to Beijing, as well as civil society and the 35 million residents of the Amazon basin itself, have been debating how much stock to place in Bolsonaro’s words—if any at all, given his record. The fate of the world’s largest rainforest and the global quest to ameliorate the effects of climate change hang in the balance…