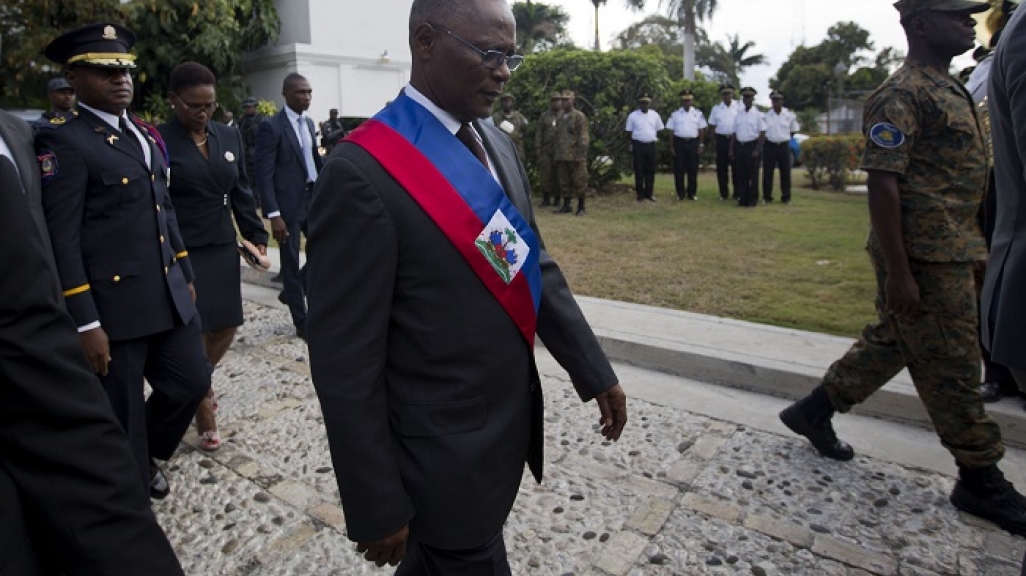 The April 24 election is tabled until another review of first-round results, while international donors threaten to withhold aid.

Sunday, April 24, marks the third time that Haiti’s presidential runoff election will be postponed. On April 17, the country’s Provisional Electoral Council (CEP) officially announced that the elections for the presidential runoff, six senatorial seats, and 27 congressional deputies will be delayed indefinitely, after earlier attempts to hold them on December 27 and January 24. Meanwhile, an interim government headed by President Jocelerme Privert and Prime Minister Enex Jean-Charles has 120 days, as of February 7, or until June 6, to carry out elections.

At the same time, international supporters are growing weary, as U.S. Secretary of State John Kerry made clear this month: “The Haitian players, the so-called leaders, need to understand there’s a clear limit to the patience and the willingness of the international community to condone this process of delay.”

At the heart of the political impasse is Privert’s call to create a verification commission, a move that some international and domestic players oppose. With ongoing protests since the first round of the presidential election on October 25, 2015, Privert says a review of the original results is necessary to regain voters’ trust.

Plus, the runner-up candidate won’t participate unless there is a review. Jude Célestin of the Alternative League for Progress and Haitian Emancipation (LAPEH) party, who received 25.3 percent of the vote, has threatened to pull out of the race, given reports of widespread voter fraud. But on April 6, LAPEH’s party coordinator turned the threat into a promise contingent on a new review process.

Meanwhile, former President Michel Martelly’s handpicked successor, Jovenel Moïse, who led the October vote with 32.8 percent, has joined the ranks of opponents to a new commission review. His Haitian Tèt Kale Party (PHTK) has denounced delaying the April 24 elections, as it ignores an earlier agreement. Representatives of Brazil, Canada, the European Union, the United States, and most South American countries agree, and argue that votes were already reviewed when Martelly ordered an independent commission to investigate results in December. “A new assessment, or even verification, is not necessary,” U.S. Ambassador Peter Mulrean told Le Nouvelliste earlier this month. And though that final report found that 92 percent of ballots had serious irregularities, the UN affirms that neither the European Union nor the Organization of American States (OAS) found evidence of widespread fraud during their missions there.

International observers are also worried that the new verification commission may completely scrap first-round results and call for new elections, which could lead to a power vacuum if a new president isn’t installed before the interim government’s time is up. But the former head of the OAS special mission to Haiti, Ronald Sanders, insists a verification commission is the only way to restore Haitians’ confidence in their electoral process and warned that, “[T]here can be no quick fix in Haiti.”

The continual postponement of elections also means Haiti could lose much-needed international aid. In March, Privert said on Haiti’s Radio Magik 9 that “all non-humanitarian funding is blocked” because the International Monetary Fund (IMF) was stalling on disbursing funds from a 2015 agreement. The IMF’s three-year, $69.7 million credit program to support economic growth and stability in the country includes funds from the World Bank, Inter-American Development Bank, and the European Union. According to the IMF, the disbursements are delayed because “the political transition in Haiti has taken longer than expected.”

Through the UN Development Program, international donors contributed some $23.4 million for projects focused on democratic governance in 2015. The 2016 budget calls for $6.8 million more, with $2.2 million disbursed so far. Mulrean was explicit about where the United States stood on the issue: "The last card to avoid a verification: no money."