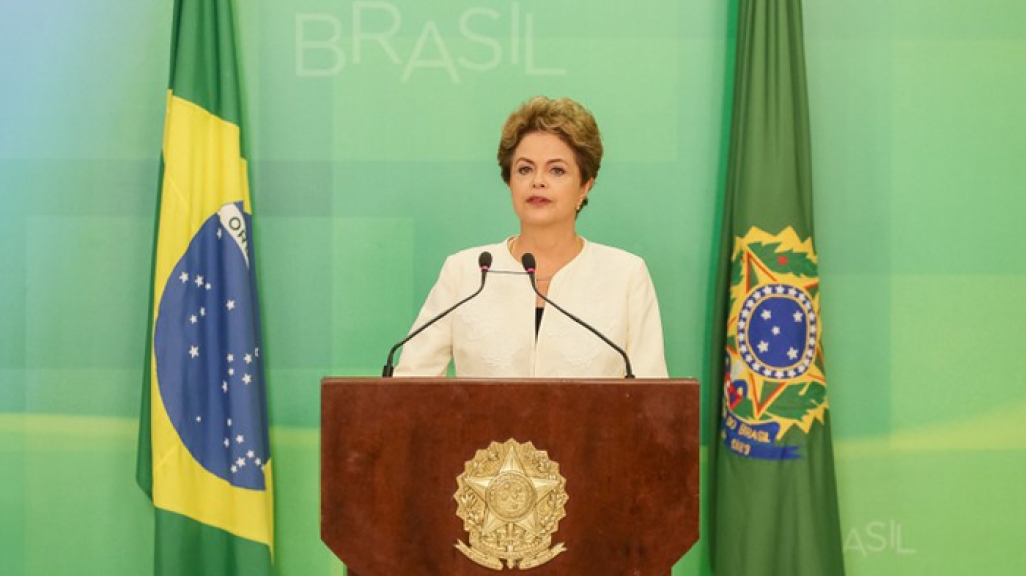 On December 2, Brazil's Congress opened impeachment proceedings against President Dilma Rousseff. Chamber of Deputies President Eduardo Cunha—himself under investigation for corruption and Rousseff’s political rival—accepted one of 34 requests to remove her from office. Rousseff said Wednesday that the request was unjustified and she denied any wrongdoing, reports Bloomberg. The administration plans to challenge the proceedings in the Supreme Court, and the process could take months. It’s been a tough few days for the government, which earlier this week released new, grim economic figures, showing a 4.5 percent year-on-year GDP decline during the third quarter.

The historical precedent for presidential impeachment in Brazil

Articles 85 and 86 of Brazil’s Constitution outline the procedures for impeachment. In 1992, Brazil’s first popularly elected president following military rule, Fernando Collor, also ended up being the first democratically elected Latin American leader impeached for corruption. In that case, a majority of the lower house voted in favor of impeachment, but Collor resigned before the Senate could vote to remove him from office.

A battle of corruption allegations: The current impeachment request

Cunha accepted a request based on Rousseff’s alleged crime of so-called fiscal pedaling, which involves accusations that the government manipulated fiscal accounts to cover up budget deficits for the past two years. In October, the country’s audit court ruled that Rousseff had violated the Fiscal Responsibility Law. Although legislators started considering the prospect of impeachment months ago, Cunha made the decision the same day that ruling Workers’ Party representatives announced they would support removing him from office based on his alleged crimes of corruption.

How the impeachment process works

Once the Chamber president’s request is published, the president will be officially notified and political parties will have 24 hours to appoint members to a 66-member lower house committee. That committee’s members must consist of all political parties and be approved by the full chamber. The committee then has five sessions to deliberate, and its decision will be handed down by a simple majority vote. The president can defend herself in response to the request during this period.

Next, if the committee votes to move ahead with impeachment proceedings, the full Chamber must vote 48 hours after the committee publishes its decision. At least two-thirds of the Chamber—or at least 342 legislators—must approve the measure in order for it to move to the Senate.

In the case that the Chamber approves impeachment, the president must temporarily step down for 180 days and allow the vice president to take over. At least two-thirds of the Senate, or 54 senators, must approve impeachment. The Supreme Court president presides over proceedings.

There are a number of hurdles in place for an impeachment to happen. For one, the president has a large ruling coalition in Congress with enough representatives to vote against impeachment. “Even though support for Rousseff's removal may grow, the pro-impeachment factions in Congress are far from the two-thirds majority needed to approve the motion in the plenary,” says a Eurasia Group research note cited in an Associated Press article.

Also, during proceedings, the administration’s lawyers can try to poke holes in the request. They can claim the accusations didn’t take place during the president’s administration; impeachment is only valid based on crimes committed while in office, and the president must be directly and personally responsible for those crimes. They can point to a lack of tangible evidence and they can also try to put a stop to the process by delegitimizing Cunha, who is under investigation for corruption.