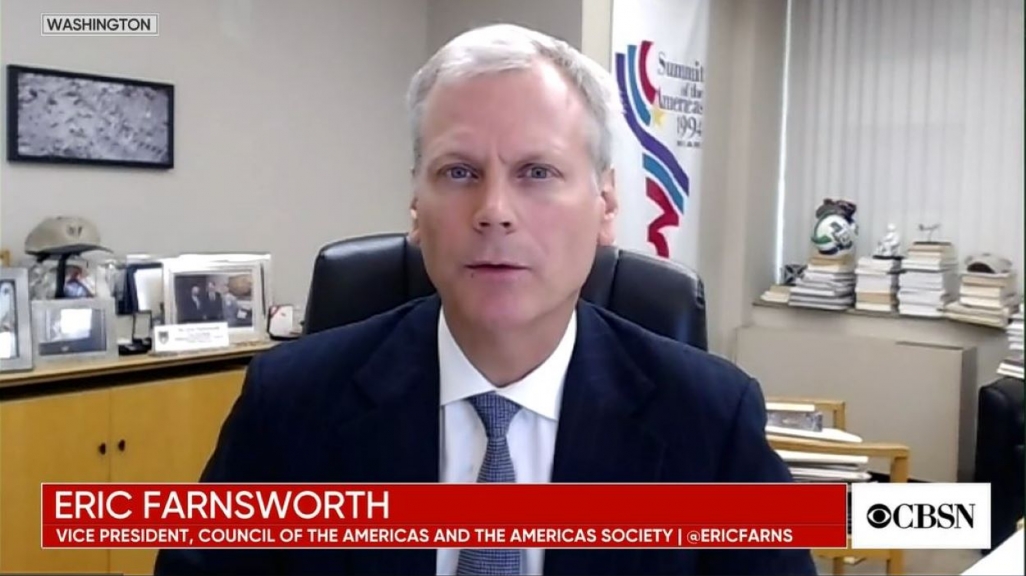 "The region is looking for real, concrete results from the United States in terms of cooperation," said the AS/COA vice president.

"Traveling to the region is always important, it’s always well received by senior U.S. government officials," said Farnsworth. "The two countries that he chose, Ecuador and Colombia, are two strong democracies, two countries with leaders that are willing and wanting to work closely with the United States."

Farnsworth emphasized that "results are going to have to flow from the visit."

"The region is still in the grip of coronavirus…and growth is returning but not as quickly as it should. The region is looking for real, concrete results from the United States in terms of cooperation," said Farnsworth. "The Secretary of State spoke of making democracy deliver. I would say that the countries of the region are also wanting to see that a relationship with the United States delivers for them so that the cost of that relationship, which can be high politically in the region, is outmatched politically by the benefits."