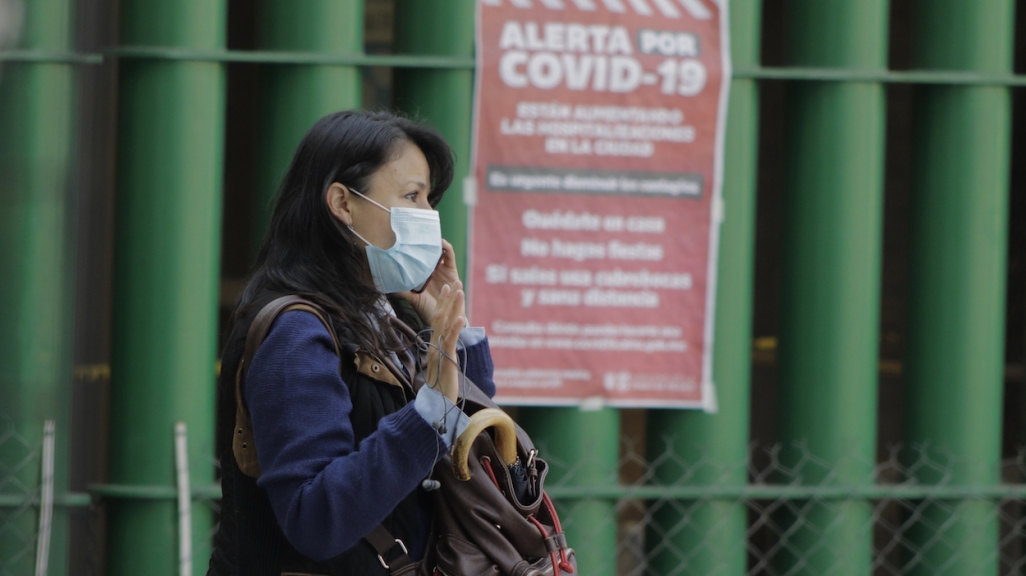 Mexico is going through a difficult pandemic period, to say the least. On January 24, President Andrés Manuel López Obrador announced he had the coronavirus with mild symptoms. On January 25, news broke that the country’s wealthiest man, Carlos Slim, did as well. But the hardest blow came that same evening when the Health Ministry revealed that Mexico, after a series of record-breaking counts in January, had crossed a painful threshold: more than 150,000 confirmed coronavirus deaths since the first confirmed COVID-19 case was announced on February 28, 2020. Even that figure downplays the severity of the crisis, as there is evidence that the confirmed total is a vast undercount, per the government’s own data.

On January 27, Mexico’s national statistics agency, known as INEGI, released data showing its own count of coronavirus deaths through August 2020 was nearly 45 percent higher than the Health Ministry’s for the same period. INEGI’s total for those eight months approached 108,700 while the Ministry’s stood at roughly 64,500.

Why the disparity? INEGI says a major reason is that the Health Ministry bases its figures solely on hospital deaths while the statistics agency examines death certificates. These certificates allow them to capture those that pass away at home, and they report that as 58 percent of coronavirus victims die outside of medical facilities.

Even still, both institutions track excess death counts that indicate the pandemic is likely claiming tens of thousands more lives than their numbers report. How does that work? To get their figures, they compare the average death counts in Mexico for prior years to calculate an estimated number of deaths that would have occurred during a given period. Given the pandemic, it is little surprise that far more people died in 2020 than would have been expected. INEGI found that an additional 185,000 people died from January through August. The Health Ministry counted about 196,000 excess deaths and a 41 percent rate for the same eight months. Ministry figures through December 12 show an excess death count of 274,500 since the beginning of 2020, of which just 108,900 were officially reported COVID-19 deaths.

The undercounting problem is not exclusive to Mexico. It was a global problem in 2020 due to issues such as delays in processing death certificates and people dying before getting a test or receiving the result. Moreover, the pandemic has made it harder to access care for other medical conditions, meaning the excess deaths are not just caused directly by COVID-19.

However, aside from having one of the highest excess death counts in the world, Mexico also has one of the lowest testing rates in the Americas. As of January 27, Mexico conducted 0.2 tests per every thousand people. Chile, which is a Latin American leader in terms of testing rates, is conducting more than 14 times as many.

Mexico’s low test rate is by design. Early in the pandemic, Deputy Health Minister Hugo López-Gatell, often described as the country’s coronavirus czar, implemented the sentinel method, which emphasizes epidemiological surveillance over massive testing. The World Health Organization has warned that positive test rates above 5 percent are an indication of a need for more testing. The portion of Mexican tests coming back with positive results is a whopping 39.9 percent—the highest out of more than 100 countries monitored by Our World in Data. However, Mexico has not shifted its testing strategy in accordance with World Health Organization recommendations.

Even with test rates that mean many cases go undetected, Mexico has confirmed more than 1.8 million total cases and daily counts reaching new record highs regularly, with the country overtaking India to have the world's third-highest coronavirus death toll on January 28. One of the biggest challenges is containing the spread. The Health Ministry, which sets alerts running from green (safest) to red (highest) and corresponding health-related restrictions on a state-by-state basis, ended 2020 with three out of its 32 states on red alert, started 2021 with five, and now has that figure has grown to 12.

Mexico City serves as an example of the challenges of reverting to a higher alert level months after reopening its economy. Throughout the pandemic, the capital has been the country’s coronavirus epicenter, registering the largest number of deaths of any state with 27,000. After weeks of rising hospital occupancy rates, Mexico City finally switched back to red alert on December 19 and has yet to return to orange, the next level down. Despite increased restrictions, hospital occupancy rates remain stubbornly high and, at 88 percent on January 27, was still above where it was when the city re-entered semáforo rojo. Stories abound of people going from hospital to hospital to find an available bed.

Another problem is that nearly a year into the pandemic, suffering businesses face the problem of potentially shutting their doors forever. El Pais reports that Mexico City’s economic aid for workers and business owners paled not only when compared to other world capitals, but even to other states of economic importance such as Nuevo León and Jalisco. In early January, restaurants used the hashtag #AbrirOMorir (“Open or Die”), lobbied, and eventually won in negotiations with the city to allow them to open for limited business hours. Other businesses, such as stores and private schools, are following suit, despite the red alert.

The issues are not unique to the capital. As Financial Times reports, Mexico has spent an eighth of what Brazil has in terms of proportion of GDP when it comes to pandemic aid, thereby limiting people’s ability to close businesses or stop working.

Where does Mexico go from here?

Facing a rising contagion and numerous obstacles to stopping it, Mexico is ranked last out of 53 countries in Bloomberg’s Covid Resilience Ranking. So how does the country get the coronavirus under control?

There are some reasons for hope that go beyond just a slowdown in spread as time passes since holiday gatherings. At the top of the list is vaccines, of course, with Mexico focused on a strategy of securing contracts with a number of manufacturers. In December 2020, it became the first country in Latin America to receive a vaccine shipment (beating out Chile by mere hours). However, from global production issues to on-the-ground logistics, vaccination is moving at a far slower pace than it should be to meet the government’s goal of immunizing its population by March 2022.

A second ray of hope comes from the applied pressure imposed on Mexico from foreign countries through new, more stringent travel rules and restrictions. The United States, which sends more tourists to Mexico than any other country, enacted a new rule on January 26 requiring international travelers to get a coronavirus test within three days before air travel from other countries. The Biden administration also included quarantine measures for international travelers in an executive order signed during his first hours as president.

A third is that, after recovering from COVID-19, López Obrador could set a positive example with more careful behavior. The president has rarely been seen wearing a mask and, a frequent traveler, flies commercial. But he is facing public pressure to change his ways: a Reforma poll conducted after his diagnosis showed that 60 percent of Mexicans say he has not taken appropriate precautions, like facemask use. Still, only 38 percent disapprove of his pandemic handling.

Chase Harrison contributed to this article.