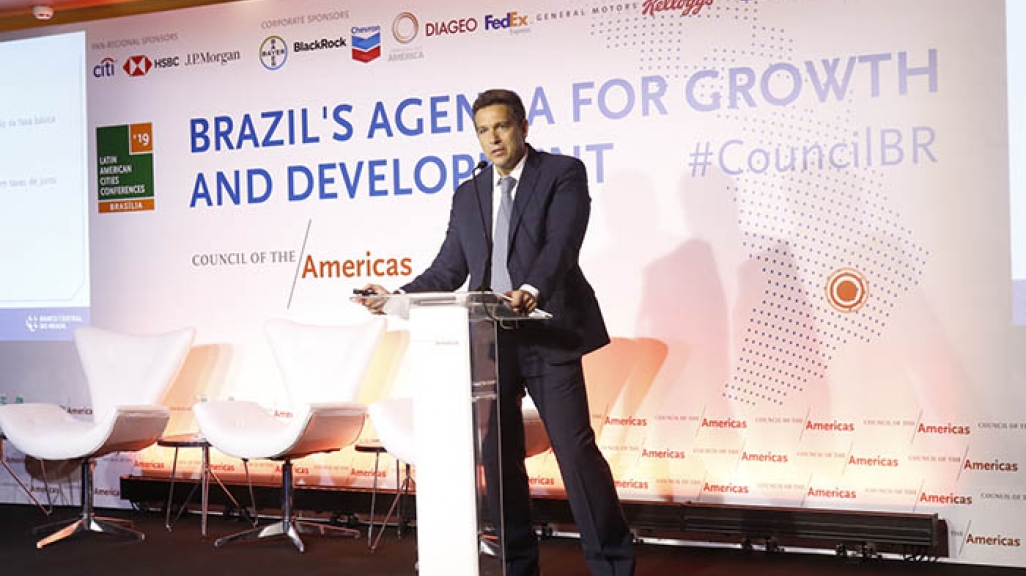 By Luisa Horwitz and Luisa Leme

AS/COA President and CEO Susan Segal opened the organization’s second Latin American Cities Conference in Brasília talking about the importance of ongoing economic and structural reforms, which she said will create a framework for long-term investment and lay the groundwork for Brazil to grow “to its full potential.”

Agriculture and Livestock Minister Tereza Cristina spoke about the federal government’s new efforts to integrate more closely with the U.S. economy and opportunities to boost agricultural exports in particular as the United States is the largest consumer of food in the world. She said the government's goals focus on improving competitiveness and attracting international investment in the agricultural sector, which provides one-fifth of both Brazilian GDP and jobs in the country.

Justice and Public Security Minister Sérgio Moro focused on improving Brazil's response to violent crime, which he said hinders economic growth and investors' confidence. The minister listed some of the actions his administration is focusing on in line with the presidency's priorities of fighting corruption and organized crime, as well as reducing violent crime. Moro noted that homicides are down 22 percent in Brazil thus far in 2019 compared to the same period in 2018. The drop, he said, means that "six thousand people didn't lose their lives in relation to the same period last year." The minister also said that the country's federal police have seized 39 tons of cocaine so far this year. Moro also said the ministry is focusing on supporting eradication of marijuana production in Paraguay, which supplies the Brazilian market.

Governor of the Brazilian Central Bank Roberto Campos Neto spoke about the bank’s economic plans, making the case for why the country’s economic position was solid, with inflation under control and a strong potential for continued growth. He pointed to the fact that the market’s inflation projection aligned with the bank’s inflation targets within the span of a week instead of the usual 18 months or so as a sign that the market supports the bank’s fiscal policy. He also talked about the opportunity to boost growth through home equity, which, in a conservative scenario, could inject $120 billion into the economy.

Technology can play a major role in Brazil’s growth and development, said speakers in the first panel of the day, which featured members of the private sector. Technology effectively democratizes operations for financial software firm SAP Brasil, said President Cristina Palmaka in a response to a question from moderator Segal, helping provide greater access to credit. Naty Barak, whose company Netafim pioneered drip irrigation technology in Israel, talked about how digital technology is key to scaling up agricultural production, but that one challenge is that farmers tend to be older, whereas it’s typically younger generations who are more attracted to new technology. In a discussion on sustainability, Alberto Raich of Kellogg talked about how the cereal company is working, not just to reduce the carbon imprint of its supply chain, but with its farmers to help them flourish, then to communicate these efforts to consumers seeking sustainability information. Grupo Bayer Brazil is also working to expand its dialogue in particular with women in agriculture, said Marc Reichardt, who he said had “a very clear view about sustainability, reality, challenges.” He added that Brazil has the ability to be the “biggest sustainable powerhouse in the world” in no small part due to a new generation that was open to new possibilities.

Naty Barak of @NetafimCorp talks about their development of drip irrigation systems in arid Israeli terrain:

Foreign Affairs Minister Ernesto Araújo covered the shifts in Brazil’s international approach, heralding progress on entering the OECD as a step toward fulfilling a “lifelong dream.” The minister said that, in the past, Brazil had either a negative or limited relationship with the United States but that the current government seeks to shift that paradigm. He also drew attention to efforts to boost relations with Asia, particularly China and Japan, and emphasized the potential for a Mercosur trade deal with South Korea. Commenting on the world’s pessimistic reaction to political shifts in Brazil, Araújo compared the country’s changes to birthing pains and warned that dark forces seek to return it to “stagnation and mediocrity.”

Governors Flávio Dino and Eduardo Leite evaluated their respective states and spoke of their challenges and investment opportunities in a conversation moderated by CBN Radio reporter Basilia Rodrigues. Dino said his state of Maranhão in the northeast is on track to handle a volume of 250 million tons of cargo in its ports in 2019 and is aiming to boost capacity to 300 million annual tons next year. For his part, Leite highlighted how his state of Rio Grande do Sul in the south has a geographical advantage and strong trade partnerships with neighboring Argentina and Uruguay. He also underscored local legislation his government is pushing that will provide more security for investors. Dino, who hails from the Workers’ Party and has served through periods when his party was both in power and the opposition, said he believed that political instability in Brazil is hurting investment and growth and offered to work with the president to serve as a bridge and helping hand. Leite, of the Brazilian Social Democracy Party, said that today it is easier to take radical positions than be a moderate. To wrap up, Rodrigues asked the governors whether the pending pension and tax reforms will pass in 2019. Both governors forecasted that the pension reform would successfully pass this year, while on the tax reform, Dino was less sure, while Leite said it was not likely to happen this year.

Former NASA-trained astronaut and current Minister of Science, Technology, Innovation, and Communications Marcos Pontes outlined several projects through which the government is working to connect Brazil’s large and varied territory, all of which the private sector was welcome to invest in, he said. In one instance, the ministry is implementing a three-phase plan to bring broadband to the country’s rural areas, as well as develop a network of applied technology centers to foster innovation on everything from desalination projects to healthcare. The broader goal of developing infrastructure, he said, was to allow for people to be able to stay in their hometowns if they want rather than move to São Paulo, for example, to find economic opportunity.

Members of the press interview Brazilian Science and Technology Minister @Astro_Pontes on the sidelines of #CouncilBR in Brasília. 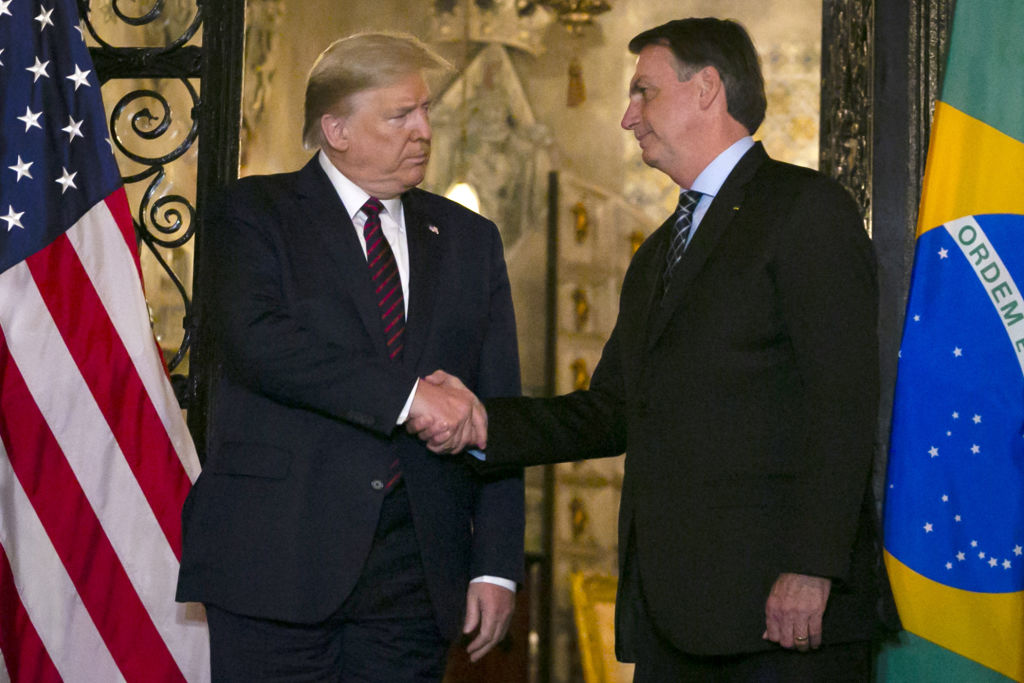