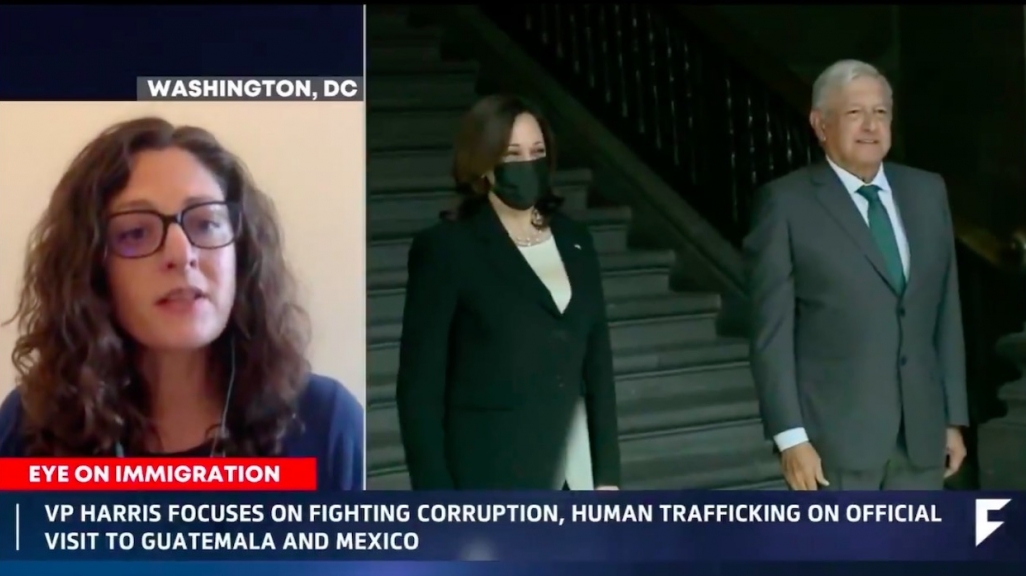 .@VP Kamala Harris met with Mexican President Andrés Manuel López Obrador today in Mexico City. @CarinZissis from @ASCOA weighs in on expectations from the meeting, and the relationship between the Biden administration and López Obrador’s government. pic.twitter.com/M1BXesyBqu

Carin Zissis, editor-in-chief of AS/COA Online, spoke to Lorraine Cáceres on Univision News about U.S. Vice President Kamala Harris' visit to Mexico and the relationships between the countries.

"We have heard both the vice president of the United States and the president of Mexico talk about the root causes of migration and concerns about how to focus on development to help attack those root causes," said Zissis. "I expect we will also see that these two leaders talk about security and economic cooperation as top bilateral concerns."

When asked if she expected concrete commitments between the United States and Mexico on drug trafficking and human smuggling, Zissis emphasized that the vice president is on a "fact-finding trip."

"This is sort of a getting to meet each other face to face," she said. "It's important that the vice president chose to go to Latin America for her first international trip and it’s important that she included Mexico, which is often a first stop for U.S. leaders early on in an administration, given the importance of this relationship. However, in one day it’s difficult to come to agreements very quickly on something as complex as security cooperation between these two countries."