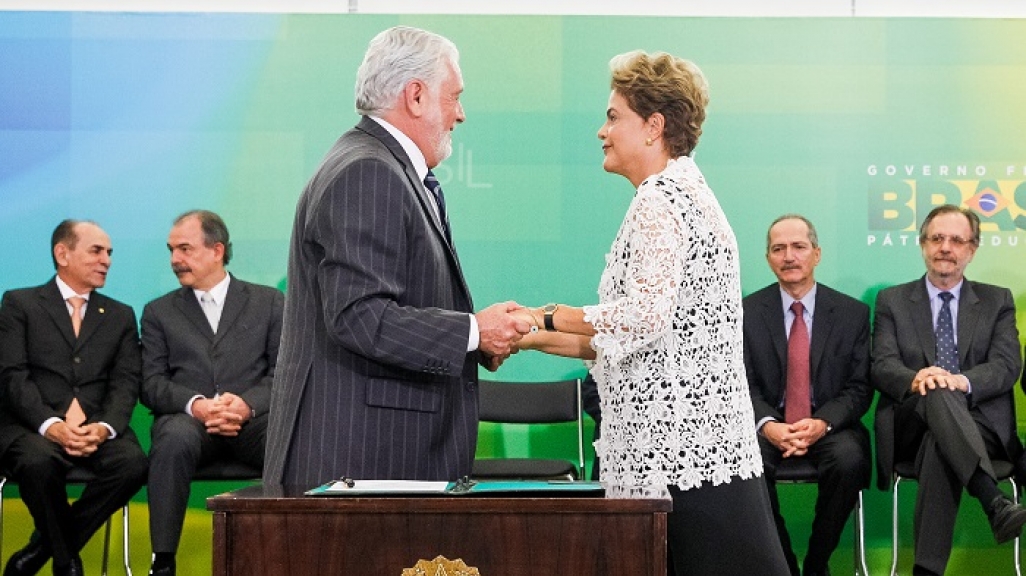 The president announced cuts in her own salary and the number of ministries as she seeks to push austerity measures through a divided Congress.

On October 2, Brazilian President Dilma Rousseff announced major changes to her government in a bid to bring down costs and maintain her coalition amid an economic and political crisis.

The first measure involves cutting the number of federal ministries from 39 to 31. (In August the administration said it would eliminate 10 ministries.) She dissolved the Strategic Affairs Secretariat and combined four ministries into the new Government Secretariat. The agriculture ministry will absorb the fisheries ministry while the labor and social security ministries will fuse. Finally, the ministries for women, racial equality, and human rights will be combined into a single one.

Mixing It Up: Ministerial Musical Chairs

Next, Rousseff shuffled her Cabinet members among the remaining ministries. She moved her chief of staff Aloízio Mercadante into the Education Ministry, a post he’d previously occupied. She then appointed Jaques Wagner—the defense minister and a member of the ruling party—to take his place. Meanwhile, to fill Wagner’s place at Defense, she tapped Aldo Rebelo, head of the Science, Technology, and Innovation Ministry and a member of the Brazilian Communist Party. Rebelo was replaced by Celso Pansera, a federal congressman from the centrist Brazilian Democratic Movement Party (known as PMDB). Rousseff also asked another PMDB congressman, Marcelo Castro, to occupy the Health Ministry opening, as earlier last week, Rousseff fired then-Health Minister Arthur Chioro by phone. The president shuffled and appointed another five ministers, swearing in the new Cabinet on October 5.

In the Cabinet reorganization, Rousseff gave more power to the PMDB. The ruling Workers’ Party (known as PT) will still control the largest number of ministries—nine—but the PMDB will now head seven, up from six. Given these changes, the PMDB will control a budget of around $25 billion in 2016, compared to the PT’s $19 billion.

The shuffle could mean more support among legislators for her austerity measures. “My government seeks support in Congress, and the reform is also part of this [goal] to implement the promises I made with the population,” said Rousseff on October 5.

The president said she would reduce her own salary by 10 percent while cutting the salaries of her vice president and ministers by the same amount. Rousseff also announced that she would eliminate 3,000 jobs for political appointees and find additional ways to bring down government spending, including reductions in third-party services and limits on phone calls and hotel stays.

Eyes on the Audit Court

Meanwhile, Rousseff’s administration is also trying to remove a minister from the country’s audit court, called the TCU. The court is set to decide on October 7 whether Rousseff manipulated public accounts, and Augusto Nardes—the sponsor of the case and one of nine ministers on the TCU—reportedly said he plans to vote against the government. Because he revealed his opinion ahead of the vote, the country’s attorney general is advocating suspending Nardes.