Bolivia Inks Anti-Drug Accord with Brazil and the United States

The January 21 signing of a narcotics-monitoring pact shows that, while Bolivia’s tense relationship with the United States slowly improves, the Andean country also seeks closer ties with Brazil on drug-enforcement cooperation.

Marking a shift in policy toward the United States as well as growing diplomatic ties with Brazil, Bolivia signed an anti-narcotics agreement with Brazil and the United States on January 21. Both countries will provide technical assistance in capturing satellite images of areas used to grow coca produced to make cocaine. The United States will offer equipment and training, and Brazil will provide satellite images and related training, while Bolivia will carry out surveillance. The goal is to achieve better and more efficient monitoring of illicit crops while sharing responsibility for the project. The Bolivian government delayed the agreement five times, debating language in the accord over concern for the country’s sovereignty. Bolivia’s Minister of Government Wilfredo Chávez said that the agreement was important in the fight against drugs for all three signatories, and said the accord showed “the state’s best intentions to forge ahead along with brother countries.” The rhetoric and the agreement indicated warming relations with the United States, as well as increasing cooperation with Brazil, which has sought closer ties to establish bilateral anti-drug trafficking measures with Bolivia.

The agreement is part of larger Brazilian and U.S. policy approaches to curtail drug trafficking, as Bolivia is Brazil’s largest supplier of cocaine and the world’s third-largest producer.  According to the UN Office on Drugs and Crime, illicit production of coca is on the rise in Bolivia, increasing from 25,400 metric tons in 2005 to 30,900 metric tons in 2009. Cocaine seizures in Bolivia also increased, rising from 27 tons in 2009 to 29 tons the following year. But in Brazil, cocaine seizures tripled from 2004 to 2009, increasing from 8 to 24 tons. It also became the largest transit country in the Americas for cocaine seizures in Europe. Brazil has one of the largest bases of cocaine users in the world, estimated at 900,000. In addition, crack use is on the rise in Brazil, and the government will invest $2.5 billion over the next three years to fight the epidemic.

The pact also marked a moment of cooperation in bedeviled U.S.-Bolivian relations. In September 2008, President Evo Morales expelled the U.S. ambassador, accusing him of helping separatist groups amid violent political protests. The United States followed suit, ousting the Bolivian ambassador in Washington. Two months later, Morales expelled the U.S. Drug Enforcement Administration (DEA), opting for the Bolivian government to take full responsibility for all drug-control missions. But after several years of continued tensions, Bolivia reestablished diplomatic ties with the United States last November and the two sides sent respective ambassadors back to their posts. Officials signed an agreement of cooperation to “strengthen bilateral relations,” which included cooperation on fighting drug trafficking. Still, Morales said he would not allow the DEA’s return, stating it was a matter of “dignity and sovereignty.”

Because of Bolivia’s role as the largest exporter of cocaine to Brazil, cooperation between the two countries has increased over the past two years. In March 2010, Brazil agreed to fund bilateral anti-drug programs and to provide technical training to Bolivian police. Later that year, the two countries agreed to cooperate on drug trafficking by participating in joint border operations, sharing drug-related intelligence, and transferring technology and training. In March 2011, Bolivia and Brazil inked an action plan, known as Operation BraBro, formalizing these areas of cooperation. Several months later, Brazil also pledged to provide unmanned drones to monitor illicit coca plantations and drug smuggling routes. Finally, in early 2012, Brazil offered to donate four helicopters for anti-drug operations to Bolivia, as a part of the Bolivian-Brazilian plan from 2010. 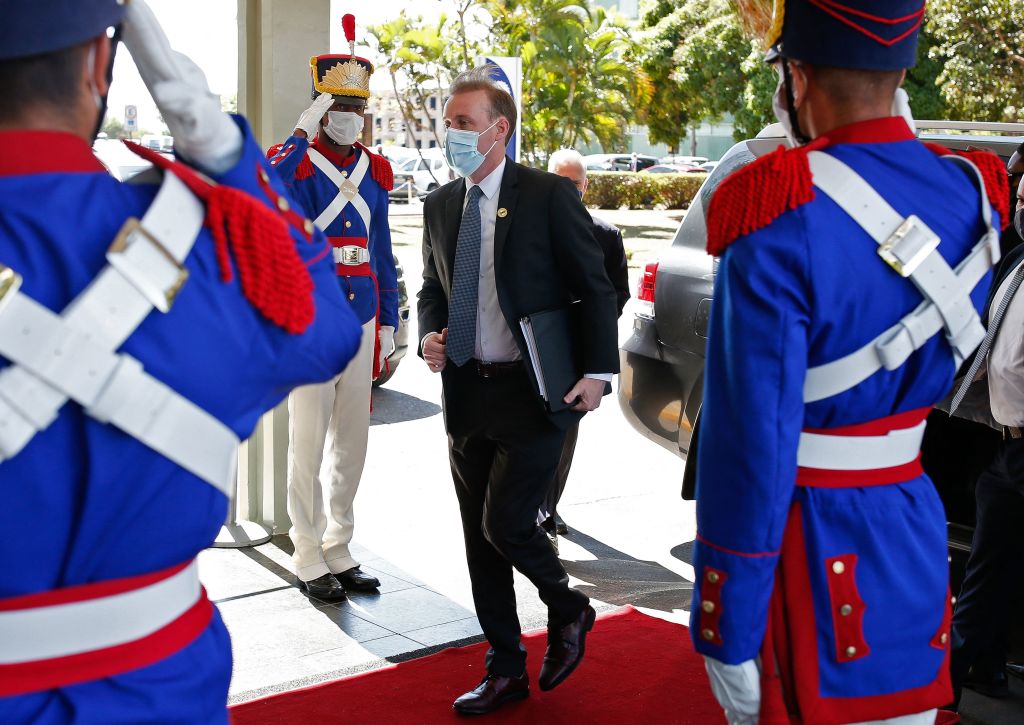