Curated by Fatima Bercht, Director of Cultural Programs and Visual Arts at the Americas Society, the exhibition focused on the ancient practice, continued to the present in Northeastern Brazil, of offering votive objects – ex-votos in Latin – to holy figures or saints. The ex-votos, handcrafted wood and ceramic sculptural objects known as “miracles,” were offered in gratitude for divine intervention. 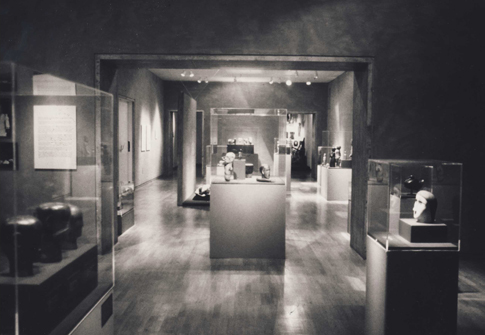 The exhibition presented approximately 120 twentieth century sculptures commissioned for use as votive offerings, all outstanding examples of popular sculpture selected from the most important collections of Brazilian folk art: the Museu do Momem do Nordeste of the Fundaçao Joaquim Nabuco, Recife; the Museum de Folclore Edison Carneiro, of the Instituto Nacional do Folclore, and the Jacques van de Beuque Collection, both in Rio de Janeiro. The exhibition also included a major work from the Fernanda Bonino Collection, New York.

House of Miracles highlighted these striking votive sculptures as artistic manifestations of Northeastern Brazil’s ethnically complex culture. The exhibition also explored the anthropological origin of the votive tradition, a custom practiced by pagan Greeks and Romans. It further examined the development and interaction of this ritual with Indian and African cultures after it was brought to Brazil in the sixteenth century by its Portuguese, Catholic colonizers.