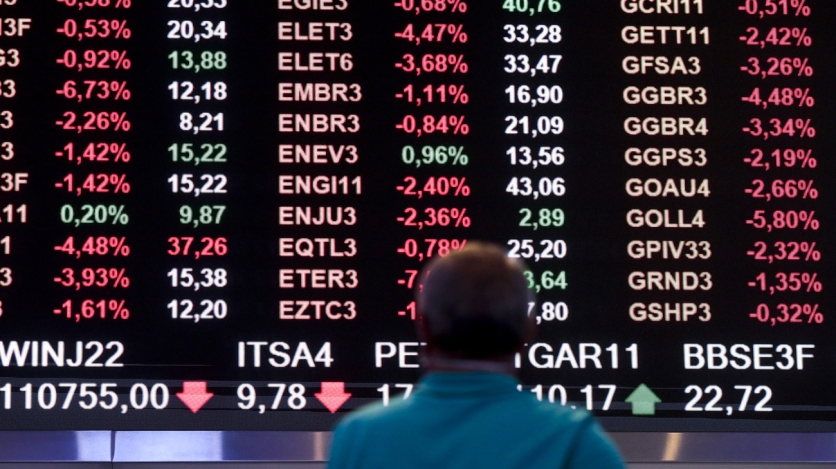 The State of the Economy: A YPA Fireside Chat with Susan Segal

Join the Young Professional of the Americas for a private discussion with the AS/COA President and CEO about the state of macroeconomics in Latin America.

Join the Young Professional of the Americas (YPA) for a private discussion with Susan Segal, AS/COA's president and CEO. Segal will speak on the state of the global economy with a focus on macroeconomic conditions in Latin America.

Economic prognostications for 2023 are dim. A combination of factors—from the ongoing invasion of Ukraine to potential further rate cuts by the U.S. Federal Reserve—is creating a challenging environment for Latin American governments and central bankers. And while many of the region's leaders were largely praised for their shrewd economic management in 2022, this new year will test their resources and resolve. Already, the World Bank is projecting regional growth will slow this year to just 1.3 percent.

In a private discussion, Segal will draw upon her experience in the private sector, as well as her near two decades leading AS/COA, to opine on economic trends and spotlight indicators to watch. There will then be a question and answer period.

To register, please email ypa@as-coa.org. Registration is open to YPA members only.

Susan Segal was elected president and CEO of Americas Society/Council of the Americas in August 2003 after working in the private sector with Latin America and other emerging markets for over 30 years. A passionate supporter of Latin America, she joined the organizations to implement a new strategic plan to renew and return the Society and Council to their historic position. Prior to her current position, she was a founding partner of her own investment and advisory group focused primarily on Latin America and the U.S. Hispanic sector. Previously, Segal was a partner and Latin American Group head at J.P. Morgan Partners/Chase Capital Partners (CCP) where she invested across sectors and countries in addition to pioneering early-stage venture capital investing in Latin America. She has always been and continues to be an enthusiastic mentor and supporter of entrepreneurs, particularly in Latin America. Prior to joining CCP, Segal was a senior managing director focused on Emerging Markets Investment Banking and Capital Markets at MHT/Chemical/Chase Banks.

Segal was actively involved in the Latin American debt crisis of the 1980s and early 1990s, sitting on many Advisory Committees as well as serving as chairperson for the Chilean and Philippine Advisory Committees. In addition to being a board member at Americas Society and Council of the Americas, she is also a director of the Tinker Foundation, Scotiabank, Mercado Libre, Vista Oil & Gas,& and the Bretton Woods Committee. She is also a director and chairman of Scotiabank USA, a non-public subsidiary of Scotiabank, and is a member of the Council on Foreign Relations. In 1999, she was awarded the Orden Bernardo O'Higgins, Grado de Gran Oficial in Chile. In 2009, President of Colombia Álvaro Uribe honored her with the Orden de San Carlos. In 2012, President Felipe Calderón bestowed on her the Orden Mexicana del Águila Azteca. In 2013, the North American-Chilean Chamber of Commerce recognized her as the Honorary Chilean of the Year. In 2018, Segal was awarded Peru’s Orden al Mérito por Servicios Distinguidos in the rank of Grand Official on behalf of President Martín Vizcarra. In 2022, she was recognized by Colombian President Iván Duque with the Orden de Boyacá in the category of Grand Cross.

Members of Young Professionals of the Americas (YPA) represent a diverse spectrum of professional sectors, including venture capital and finance, fashion, government, design, consulting, law, and the arts. Membership includes exclusive access to our networking and social events, such as private art fair tours, concerts, and intimate talks with industry leaders around professional development.

Learn how to become a member.