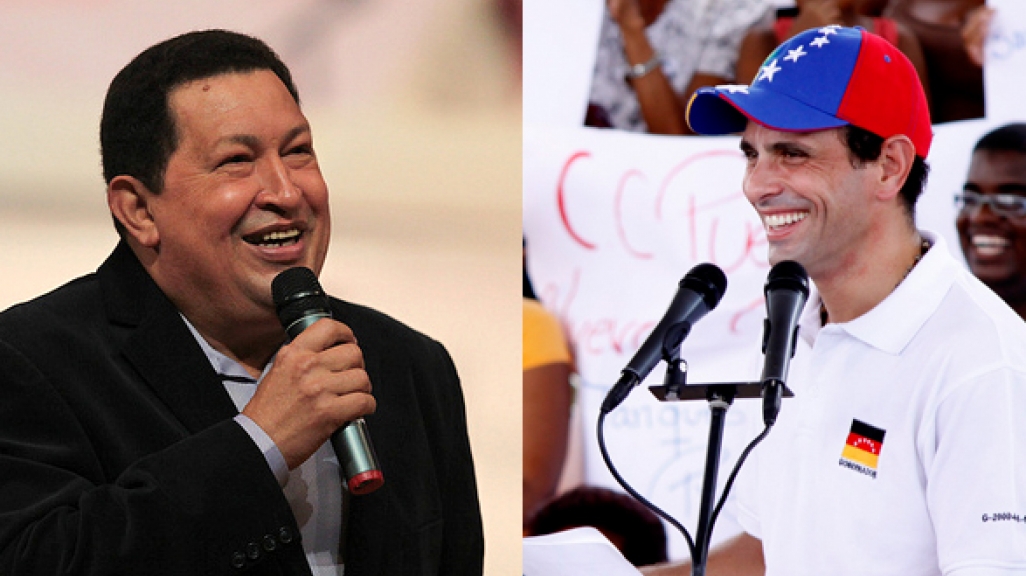 On October 7, over 18 million Venezuelans will be eligible to vote in a critical presidential election that could see a fourth term for President Hugo Chávez or a new administration under opposition leader Henrique Capriles. Chávez, of the United Socialist Party of Venezuela (PSUV), has been in power since 1999. He was reelected twice after a referendum in 2009 abolished term limits. In the hopes of unseating the current president, the country’s opposition parties united to create the Coalition for Democratic Unity (MUD).

For the first time in Venezuelan history, the opposition held a universal primary in February 2012, which Capriles won. Polls vary widely, and Chávez has led by a comfortable margin in many cases. For example, a Grupo de Investigación Social Siglo XXI poll released August 8 gave Chávez a 27-point lead. However, pollster Consultores 21 put Capriles ahead by 2 points in late August.

Rachel Glickhouse and Andreina Seijas contributed to this guide.

Interested in the election? Watch a video from AS/COA's September 18 panel: The Road to Venezuela’s Elections: A Look at the Media, Public Opinion, and the Economy.

Hugo Chávez is president of Venezuela, and represents the United Socialist Party of Venezuela (PSUV). A former military officer, he was first elected president in 1998 and took office the following year. Chávez survived a failed coup attempt in 2002, and a recall referendum voted down in 2004 allowed him to stay in office. In 2009, Venezuelans voted in favor of another referendum to abolish term limits, allowing Chávez to remain for three administrations.

Henrique Capriles is running for the opposition coalition, known as the Coalition for Democratic Unity (MUD). He ran for the opposition primary for the Justice First party. Capriles served as mayor of Caracas’ Baruta municipality from 2000 to 2008. He was elected governor of Miranda state in 2008, and stepped down in June 2012 in order to run for president.

In Venezuela, political polls vary widely in terms of both reliability and results. Some believe a number of pollsters receive government funding and, therefore, provide untrustworthy results.

However, Consultores 21 put Capriles ahead by 2 points in a late August poll. Varianzas also gave the candidates a close margin in August, estimating that Chávez leads with 49.3 percent compared to 47.2 percent for Capriles.

The National Electoral Council (CNE) provides information about the electoral process and requirements.

The Elecciones Venezuela website gives election information, including a calendar, an overview of candidates and political parties, and polls.

The Union of South American Nations (UNASUR) will send international observers to monitor the election.

The Organization of American States (OAS) may send observers. OAS Secretary General José Miguel Insulza said he hopes the organization will be invited to observe the election.

Monitoreo Ciudadano, a media watchdog group, analyzes how Chávez uses the media to campaign. The group also created the Cadenómetro to measure the number of hours Chávez advertises on Venezuelan TV and radio stations.

During the 2012 election, social media will play an important role. Twitter has one of its largest user bases in Venezuela, where there are also over 9 million Facebook users. That brings Facebook’s penetration rate in Venezuela to 33 percent. Read about how social media is playing a role in the presidential campaign in an AS/COA News Analysis.

While both candidates are active on Twitter, Capriles has used Facebook as an integral part of his campaign strategy. In July, he held a forum on Facebook, the first of its kind in Latin America. Around 16,000 people tuned in as the candidate answered voters’ questions.

Watch the candidates’ ads and public appearances on their Youtube channels: 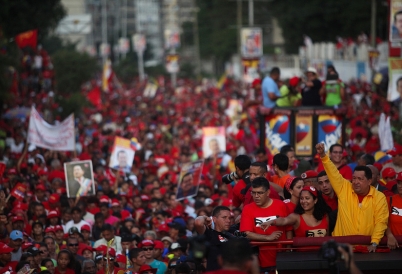 On October 7, Venezuelan voters reelected President Hugo Chávez, who won 54 percent of the vote and was guaranteed another six years in power.

In the News
Chavez Faces Strongest Challenge this Weekend

AS/COA's Christopher Sabatini comments on the prospects of widespread social upheavals after the presidential elections in Venezuela on October 7. 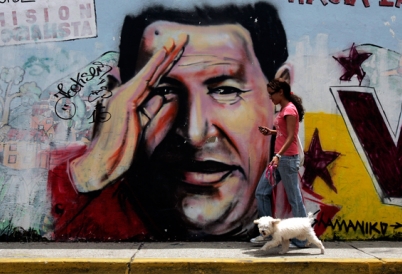