Jason Marczak was the director of policy at Americas Society and Council of the Americas. He was also senior editor of the AS/COA policy journal, Americas Quarterly, and managing editor of AQ Online, overseeing the magazine’s online content. At AS/COA, he led select working groups of business members, with initiatives focusing on Latino integration and immigration as well as security and violence prevention in Central America. Among his publications, Mr. Marczak co-authored a white paper titled Security in Central America’s Northern Triangle: Violence Reduction and the Role of the Private Sector in El Salvador (December 2012).

Prior to joining AS/COA in 2006, Mr. Marczak was a program officer with Partners of the Americas’ Center for Civil Society, and from 1999 to 2001 he was a legislative aide for U.S. Representative Sam Farr with a portfolio including trade, technology, and small business issues. He is a contributing blogger to AQ Online and has written for publications such as El Universal, World Politics Review, Foreign Affairs, El Diario, Houston Chronicle, O Estado de São Paulo, and The Miami Herald.

He received a B.A. from Tufts University and a M.A. from the Johns Hopkins University Paul Nitze School of Advanced International Studies. Mr. Marczak is a term member of the Council on Foreign Relations and a committee member of the Qualitas of Life Foundation.

New research by AS/COA and Partnership for a New American Economy may change the immigration reform debate by revealing how immigrants revitalize communities through job creation and preservation. 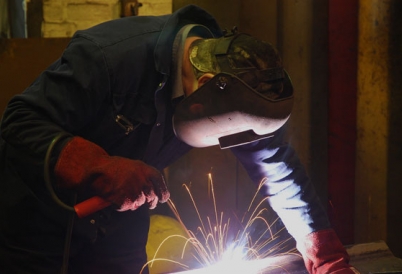 In the News
Can Immigration Speed the Economic Recovery?
/ Alain Sherter

A new report by AS/COA and Partnership for a New American Economy shows immigrants have been a key force of economic revival for distressed communities across the U.S.