Alana Tummino was the chief of staff of the President's Office. Among her roles, she headed the AS/COA Cuba Working Group and was the executive director of the organization’s Young Professionals of the Americas network.

With over a decade of experience working with Latin America, Tummino collaborates with public- and private-sector leaders, NGO’s, foundations, and academics throughout the Western Hemisphere on a range of business and policy issues. She leads work on Cuba’s changing economic and political landscape and relations with the United States, and helps businesses navigate investment opportunities and the changing regulatory framework. Tummino also focuses on issues of social inclusion, entrepreneurship, and women. She has published policy and opinion pieces in numerous outlets, and has appeared as an expert on CNN, CNN en Español, NPR, BBC, and PBS, among others. Tummino has been quoted as an expert in publications including The Wall Street Journal, BBC, Agencia EFE, Politico, NBC News, The Miami Herald, and Foreign Policy.

Prior to joining AS/COA, Tummino worked with various international development organizations on microfinance and women’s economic empowerment. She was a Foreign Language and Area Studies fellow for Portuguese and Latin America from the U.S. Education and State departments, and the Financial Women’s Association graduate scholar for microfinance. She received an MA in economic and political development from Columbia University’s School of International and Public Affairs, and received her BA in political science and Spanish from the George Washington University.

"This is not a new political and economic order," said AS/COA's Alana Tummino to Bloomberg about the referendum in Cuba. 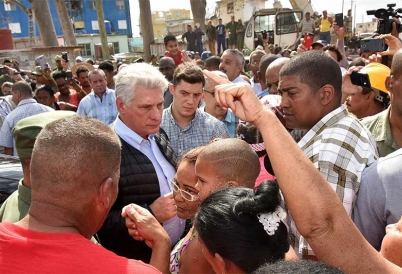 What will change after the February 24 referendum and to what degree does President Díaz-Canel represent continuity of the Castro era? 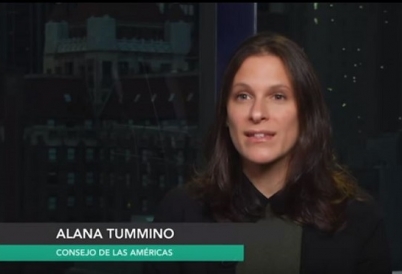