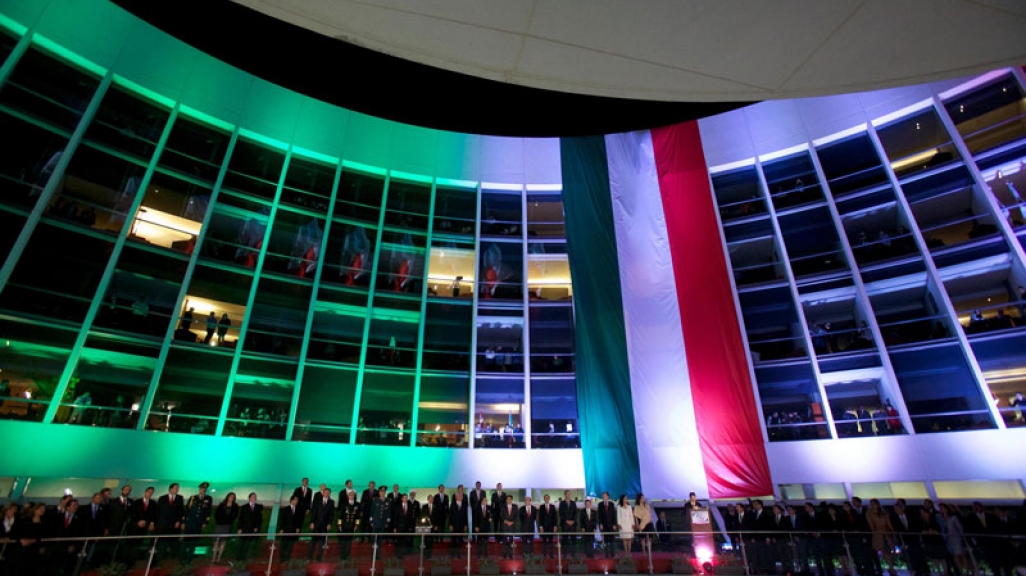 Why Mexicans Are Saying "No More" to Corruption

The time is ripe for Mexico to demonstrate a commitment to accountability, writes AS/COA’s Carin Zissis for Univision Noticias.

Scandal-plagued Brazil may appear to be descending into political chaos, but Mexicans look on with envy as Latin America’s other big economy prosecutes high-ranking officials. They wonder: “Why can’t we do that here?”

Mexicans are fed up with corruption, and public officials rank high as a reason. Seven in 10 Mexicans consider the public sector more corrupt than the private sector, 83 percent don’t trust legislators, and 91 percent don’t trust political parties. It’s not hard to see why when considering that 98 percent of corruption-related crimes go unpunished in the country. The time is ripe for Mexico to demonstrate a commitment to accountability.

Last week the country’s Congress had the chance to do just that, but fell short, choosing instead to let the clock run out on the regular legislative session without approving a package of laws needed to implement a National Anticorruption System.

One of the bills in that package proved particularly thorny; the citizen initiative known as Ley 3de3 (“three-out-of-three law”) would require public officials to publicly declare assets, conflicts of interests, and tax returns. It also defines 10 types of corruption, along with punishments to match.

A voter-backed initiative wouldn’t have even been possible a couple years ago, but a political reform signed by President Enrique Peña Nieto in 2014 included a mechanism allowing Mexicans to propose legislation if supported with 120,000 signatures. Since February, the civil society groups that penned Ley 3de3 went far beyond that number, using social media and grassroots support to collect more than 630,000 signatures from voters.

But the bill came up against barriers in Congress. Last month, several senators from the governing Institutional Revolutionary Party (PRI) and allied Green Party—which together hold the largest bloc of legislative seats—were no-shows at working meetings with civil society groups to discuss the legislation. Days later, the head of the PRI in the Senate, Emilio Gamboa Patrón argued that Ley 3de3 would set off a spate of witch hunts.

When the PRI and Green Party presented their own legislative package in the Senate on April 28, two of seven bills—one of them being Ley 3de3—had been dropped. Instead, they offered a watered-down version that wouldn’t obligate officials to make their disclosures public.

Opposition parties, meanwhile, demanded that all seven bills be brought up for debate. The package stalled as Congress closed the regular session on April 30, though the laws could be brought up in a special session. With a month to go before gubernatorial elections, the holdup lets officials point fingers and blame opposing parties for not getting the job done. President Peña Nieto set the anti-corruption reform in motion last year a few months after news broke that the first lady owned a $7 million house built by a government contractor, but he chose not to pressure the PRI to usher through the legislation.

With this chance to boost accountability missed, it’s little wonder that many Mexicans feel cynical about the inaction of their elected officials. Congressional deputies make 74 times the national minimum salary in a country with a poverty rate of 53 percent. Moreover, the World Bank estimates that corruption represents as much as 9 percent of Mexico’s GDP. The problem’s not lost on Mexicans; 78 percent consider it the factor that’s most damaging to the economy. Three-quarters of Mexicans feel the country is headed in the wrong direction, but a fractured oppositions means that the PRI probably won’t take much of a hit in the June 5 election and looks strong to win the presidency again in 2018.

Still, even if progress appears to lag, challenges to the status quo—and major political parties—are likely to keep coming. Thanks to political reforms, last year’s midterm election was the first to allow independent candidates to compete, and one who ran on an anti-corruption platform snagged the governorship of Nuevo León, home to the business hub of Monterrey. Next month, 10 independent candidates will seek governorships.

On top of that, younger voters are more likely to support smaller political parties and they show little signs of party loyalty, in contrast with voters over 65, who make a up a reliable base for the PRI. In other words, if Mexico’s politicians don’t change how they handle impunity, voters could, in time, change who holds power.

Until then, and with anti-corruption legislation in a holding pattern, officials can still make their 3de3 disclosures online voluntarily. Voters can use the same online platform to pressure their elected officials to do so. Through tools like these, Mexicans are realizing they can play a direct role in the country’s political path. It’s time for Mexico’s politicians to realize that as well.

This article was originally published in Univision Noticias.