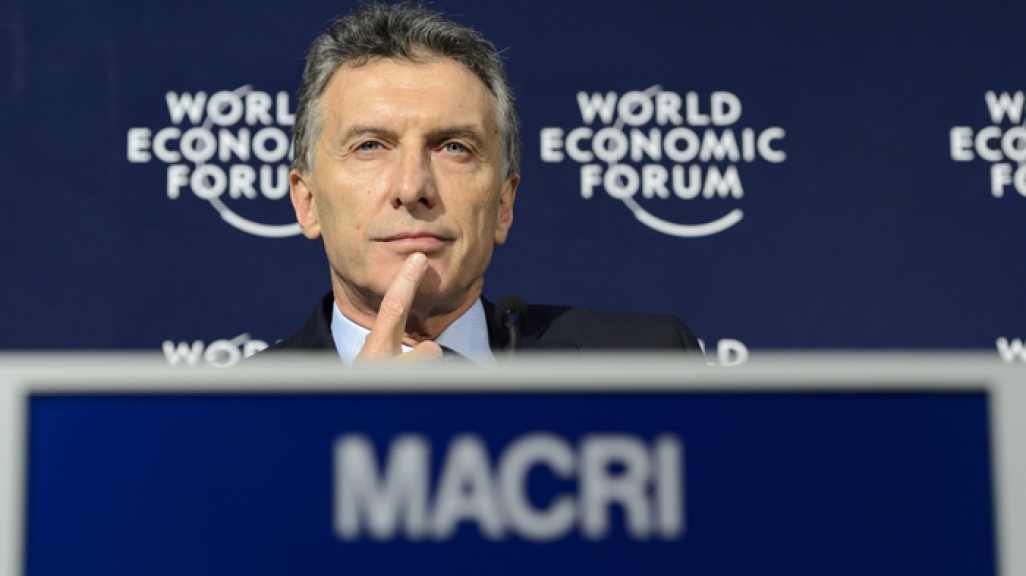 The new Argentine president is off to a confident start, but considerable hurdles—from inflation to a divided Congress—lie ahead.

Mauricio Macri took office on December 10, 2015, and the Argentine president’s first 100 days have been marked by a series of major fiscal, political, and regulatory policy measures. These changes reflect a significant departure from the policies of Macri’s predecessor, Cristina Fernández de Kirchner. The new administration has so far demonstrated a willingness to address Argentina’s fiscal imbalances, as well as a commitment to the pro-market campaign promises of Let’s Change, the political coalition Macri represents.

In mid-December, the new government lifted foreign exchange controls on the U.S. dollar, triggering a sharp devaluation of the long-overvalued peso. Initially the rate remained relatively stable, but by the end of February the peso began to depreciate further against the dollar, with the Central Bank intervening several times to stabilize the currency. It is likely the peso will continue to be perceived as weak while high inflation persists. Curbing inflation represents a key test for the Macri administration, and the government has had little success on this front so far. The widely discredited national statistics institute—best known as Indec—is currently undergoing an overhaul; official inflation figures will not be released until late 2016.

The new administration’s focus on trade liberalization also went into immediate effect. The government reduced export duties on soy, a cash crop, by 5 percent and abolished taxes on a raft of agricultural and industrial goods. More recently, on February 12 the government eliminated mining export taxes.

The government hopes that the reforms introduced so far will lead to a surge in Argentine exports and foreign investment, which will cushion foreign exchange reserves. In the meantime, the administration has implemented short-term measures including securing a $5 billion syndicated loan from international banks, bond deals for importers, and a deal with grain exporters that involved sales targets and reduced taxes.

Under the new government, companies will find it easier to initiate and expand their operations, as well as repatriate profits. However, the new government’s fiscal and monetary tightening, while necessary for other reasons, will be detrimental to Argentina’s growth prospects in the medium term. In this context, Macri’s government will also face several global economic constraints in its efforts to revive the economy, including Brazil’s economic downturn and China’s slowdown. Meanwhile, the collapse in commodity prices will continue to hurt all emerging economies. In addition, shrinking global oil prices will make it more difficult to attract foreign investment to the country’s energy sector.

The new government took steps in February to confront two of Argentina’s main short-term economic challenges: controlling federal spending to reduce a large fiscal deficit, and settling its foreign debts to regain access to international capital markets. Correcting these imbalances will be crucial in avoiding further deterioration of macroeconomic conditions.

After several weeks of speculation, the new adminstration publicly announced plans to adopt a “gradualist” approach to reducing Argentina’s fiscal deficit. Measures to curb federal spending have thus far included the reduction of subsidies on public utilities—mainly electricity—and the suspension of contracts for around 80,000 public-sector workers. Through the reforms already introduced, as well as those to be implemented in the near future—for example, the reduction of natural gas subsidies—the government expects to reduce the fiscal deficit from 6–7 percent of GDP to 4.8 percent by the end of 2016. These measures, while unpopular, have not yet provoked widespread social opposition.

The decision to finance the fiscal gap without resorting to an aggressive austerity program puts extra pressure on the government to reach a swift resolution of the holdouts dispute. This, in turn, prompted the Macri administration to make a generous offer to bondholders in late February. In other words, having rejected the option of further monetizing the deficit, returning to international finance markets is the only way for the government’s gradualist economic strategy to work.

In sharp contrast to the previous government’s “no-pay” stance, the Macri adminstration has made significant progress toward settling with the holdout creditors of Argentina’s defaulted sovereign bonds. On February 29, news came out that the four largest and most intransigent holdout creditors had signed an agreement in principle with the Argentine government. Argentina will pay $4.65 billion to the hedge funds, a 25 percent haircut on the funds’ original demands. This outcome means the holdouts will likely receive a 341 percent profit on what they initially paid for the bonds. The deal is contingent upon Argentina’s Congress repealing two sovereign debt laws, and the payment to the bondholders being made in full by April 14, though this date may be jointly reviewed by the government and the holdout creditors.

Finance Minister Alfonso Prat-Gay has announced Argentina will emit $15 billion worth of bonds to cover Argentina’s financing needs, and that the funds are already available. $11.7 billion of these bonds will be issued to cover the country’s debt.

These recent events follow Argentina’s initial offer to U.S. creditors of $6.5 billion on Februrary 5. Taking into account all recent deals, Argentina has now reached resolution with holders of 85 percent of the country’s disputed debt.

The lower house of Congress’ finance and budget committees have approved an amended settlement bill for debate in the coming days. Changes put forward by opposition parties included placing limitations on the debt to be issued by the government, as well as on banking and legal fees.

If Congress approves the legislation, Argentina could exit default and return to the global bond market as early as late March. With the ability to borrow internationally, Argentina will be able to replenish foreign reserves, cover its budget deficit, and finance its gradualist strategy. The Macri administration hopes that this will, in turn, help to curb inflation and make the country more attractive to foreign investors, thereby stimulating economic growth.

As the Let’s Change coalition lacks a majority in either the upper or lower house of Congress, Macri chose to implement multiple presidential decrees during legislators’ summer recess, which ended March 1. This move enabled him to introduce major reforms without congressional backing. Gaining approval of the legislative measures necessary to resolve the holdouts dispute represents the Macri administration’s first major congressional challenge. Let’s Change is now the largest legislative bloc in the lower house following a split in the Victory Front bloc. Although Let’s Change still lacks sufficient deputies to pass legislation, it is expected the coalition will garner the opposition votes needed to reach quorum, thanks to political maneuvering with opposition members, particularly former presidential candidate Sergio Massa (Renewal Front) and Peronist governors. Many of these governors have demonstrated willingness to cooperate with the Let’s Change’s legislative agenda for now, given that the provinces are in need of federal financial assistance.

Argentina Grows Closer to the United States and Europe

As part of a changing foreign policy agenda, the Macri administration has been making efforts to build closer ties with the United States and Europe. In late January, Macri attended the World Economic Forum in Davos, marking the first appearance by an Argentine president in over a decade. Macri and Massa joined meetings with U.S. Vice President Joe Biden and U.K. Prime Minister David Cameron. Macri also met individually with the heads of state of Israel and Mexico, and held a series of meetings with multinational executives. Italian Prime Minister Matteo Renzi and French President Francois Hollande visted Argentina in late February, with both pledging to foster closer ties between the two countries, and EU High Representative for Foreign Affairs and Security Policy Federica Mogherini met with Macri and Foreign Minister Susana Malcorra on March 9.

The Macri administration is making efforts to improve relations with the United States, which were strained during 12 years of successive Kirchner governments. U.S. President Barack Obama visits Argentina on March 23 and 24. It will be the first time a U.S. president travels to the country since 2005.

Argentina’s domestic economic challenges—high inflation, low foreign exchange reserves, a gaping fiscal deficit, and shrinking demand for the country’s agricultural produce—remain considerable. These hurdles are further complicated by a divided Congress and the potential of eventual widespread social resistence to the government’s economic reform agenda. The key challenge for Macri’s economic team will be controlling inflation in the months ahead. Many of the reforms introduced are inflationary, particularly in a context of fiscal distress and relatively high inflation expectations.

However, Macri’s economic team possesses the tools to overcome these challenges, although the reforms implemented will take time to take effect. Macri himself has made efforts to present himself as a president with strong leadership, and the international community has, in general, come out in favor of his government’s policy agenda. In sum, while challenges remain, the Macri administration has made significant progress to date. 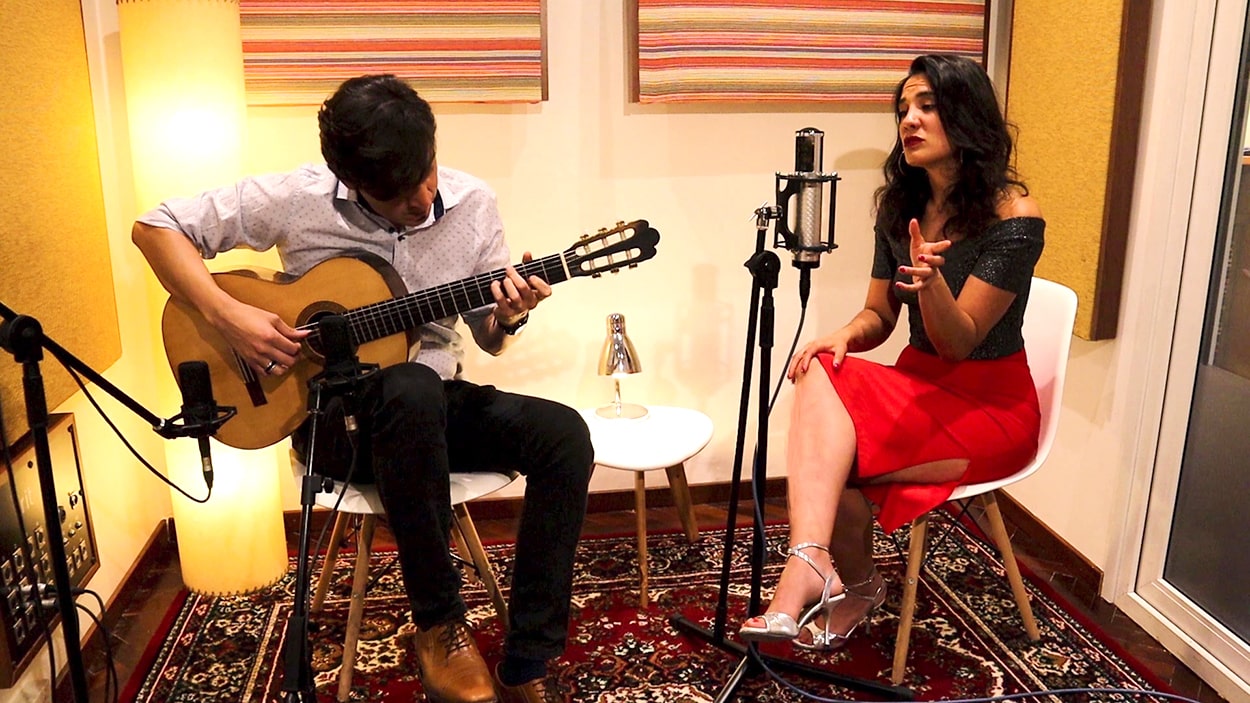 Music of the Americas: Canciones

This week focuses on songs with and without words, with three En Casa videos and the release of a major production from Paraguay by Berta Rojas.