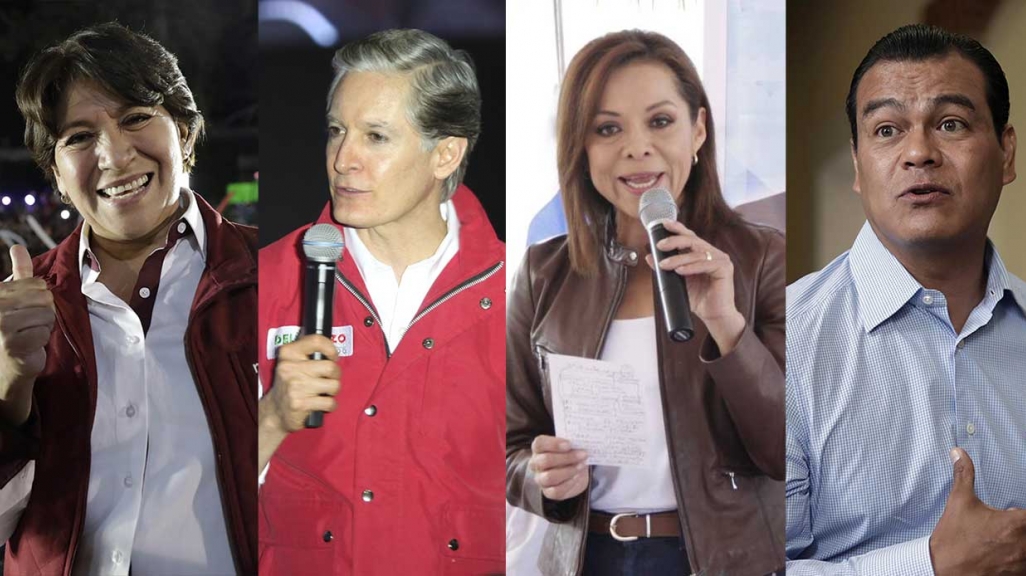 The outcome of a June 4 gubernatorial election in Mexico’s most populous state could be an indicator of what’s to come in the 2018 presidential race.

Updated May 31 — With just four of 32 Mexican states holding regional elections on June 4, the votes are far from national in scope. But the results of one race—the much-prized gubernatorial seat in Estado de México, aka Edomex—is of national importance, given that its outcome serves as a preamble to next year’s presidential election. A month before the election, here’s what you need to know about the race.

1. Edomex is the country’s crown jewel of governorships, and the PRI’s held on to it for almost nine decades.

Edomex, known as the State of Mexico in English, is the country’s most populous state and, with roughly 11.3 million voters, accounts for more than 13 percent of Mexico’s electorate. Edomex is also the second-biggest contributor to the country’s economy after the capital, which it borders.

The state’s location and size contribute to it being a political launching pad for governors, who have gone on to become cabinet members, party leaders, and even—in the case of current head of state Enrique Peña Nieto—president. Since the party’s founding 88 years ago, the Institutional Revolutionary Party (PRI) has never lost a gubernatorial race in the state. In fact, current PRI candidate Alfredo Del Mazo’s father and grandfather both served as Edomex governors and he’s also Peña Nieto’s cousin.

2. Despite the party’s historical hold on the state, polls show a PRI victory remains uncertain.

Del Mazo—ex-mayor of an Edomex city called Huixquilucan and former head of Banobras development bank—has pedigree, history, and financing working in his favor to make him a frontrunner. He represents an alliance made up of three small parties as well as the PRI and, as the race’s coalition candidate, he’s got a fat wallet, with at least triple the public resources of any other contender.

But polls show a tight race between candidates, with Del Mazo polling in a technical tie or not much ahead of Delfina Gómez, a former school teacher who also served as mayor of the city of Texcoco. She represents the National Regeneration Movement (MORENA), a left-leaning party that broke off from the Party of the Democratic Revolution (PRD) under the leadership of two-time presidential candidate—and 2018 presidential hopeful—Andrés Manuel López Obrador.

Josefina Vázquez Mota of the National Action Party (PAN) led in 2016 polls but keeps slipping as Election Day approaches, dropping to fourth in some polls in the final weeks before the vote. She, too, has run as a presidential candidate and served as education secretary in the administration of President Felipe Calderón (2006–2012).

The PRD’s Juan Zepeda, a former mayor, polled last of the four main candidates for a chunk of the race, but made gains as the finish line approached to rise to third. He’s rejected calls to step down and back another candidate—most likely Gómez or Vázquez Mota—and has had enough of a following to affect the race’s outcome.

3. Corruption emerged as a major issue for candidates, but rising public security problems are a top concern—and could affect the PRI’s chances.

With Mexico sliding ever downward in transparency rankings and April’s high-profile arrests of fugitive ex-governors, corruption has become an increasingly burning issue across Mexico.

When the candidates took to the debate floor on April 25, corruption was a major topic. Del Mazo questioned why Vázquez Mota received millions in federal funds for her immigrant-focused initiative, Vázquez Mota accused Gómez of skimming money from state employees’ paychecks, and Gómez charged Del Mazo with being the heir to a political cabal called Grupo Atlacomulco that allegedly controls the state and country. Gómez even went so far as to call Del Mazo the “totalmente palacio” candidate, making a play on an upmarket department store’s advertising campaign to say that the PRI candidate was out of touch with voters’ problems.

Indeed, Edomex is home to sprawling exurbs whose residents spend hours a day on public transportation to labor in the capital. And, while corruption may be a battle cry, public security is, by far, the top issue for residents in what has, by some accounts, become Mexico’s deadliest state. More than half of voters see solving the public security problem as the next governor’s top issue, compared to just 16 percent choosing corruption.

In fact, public security could well be a contributing factor motivating voters to choose a non-PRI candidate. Some 41 percent say they live in fear in Edomex and a whopping 78 percent believe it’s time for someone from a different party to run the state, per Reforma. The fact that Del Mazo’s cousin is the president may not help him either, given Peña Nieto’s 17 percent approval rating.

More than any other candidate, voters say they would never choose Del Mazo. On the other hand, most believe he’ll win.

5. Many see the Edomex election result as a portent of the 2018 presidential race.

That a PRI candidate’s win isn’t a safe bet in a stronghold state coupled with the fact that his top rival is from a fairly new party means all eyes are on Edomex for June 4 as a hint of what could happen in the 2018 presidential election.

But even if MORENA is new to Mexico’s political party scene, its party leader—and the person who announced Gómez’s candidacy—is an old political hand. López Obrador, often referred to as AMLO and viewed by many as a populist, narrowly lost the 2006 and 2012 elections, but polls and experts say 2018 could be his year to win, particularly given that a sizable portion of the electorate thinks he would be best suited to handle relations with U.S. President Donald Trump.

On the other hand, the PAN picked up a number of states in last year’s gubernatorial races, which also had observers speculating that would help that party’s chances to snag the presidency.

Moreover, the PRI doesn’t yet have a clear presidential candidate. Del Mazo remains a frontrunner and how he fares could well affect whether or not the PRI selects a candidate from Peña Nieto’s inner circle.

Mexican presidential elections have no second round, meaning a candidate just needs to earn more votes than his or her rivals to win next July. Between multiple parties and independents, the only thing that’s clear is that we’re a long way from knowing what will happen in 2018.

Note: The states of Coahuila and Nayarit will also choose new governors on June 4, as well as holding legislative elections and, along with the state of Veracruz, municipal votes.