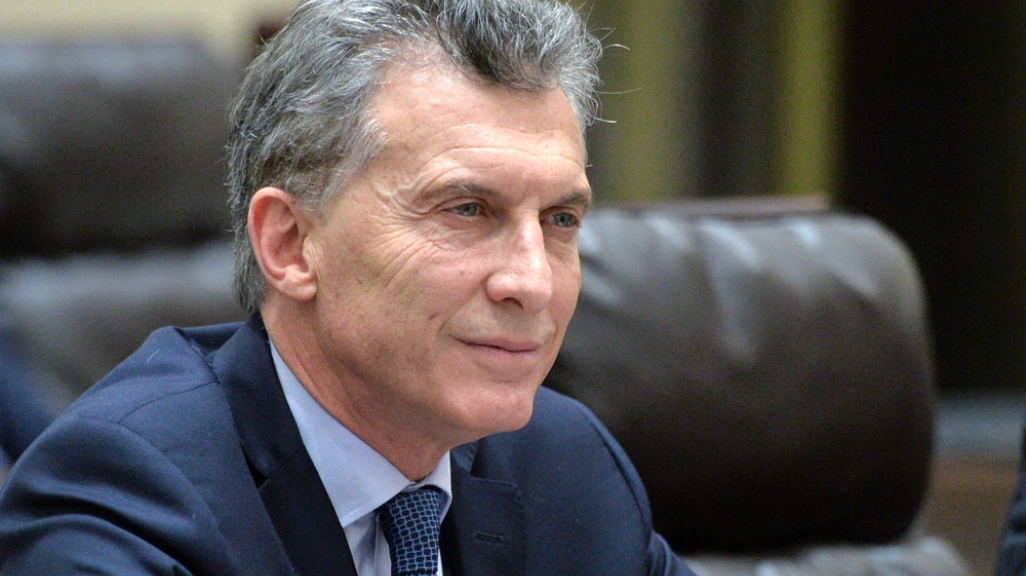 One year into office, Mauricio Macri’s reformist government proves it has the potential to deliver enduring institutional change.

On a warm afternoon one year ago, newly-inaugurated President Mauricio Macri danced a triumphant jig on the balcony of the Pink House—the presidential palace—in Buenos Aires. His achievement was considerable: his Let’s Change coalition had won a historic victory, an unprecedented defeat for the Peronist Party’s dominance in politics and society. Argentines had voted for change in an election that served as a referendum on twelve years of successive Kirchner administrations.

One year on after Macri took office on December 10, 2015, there are new reasons to celebrate. Even with election promises of economic reform and increased international engagement, the Macri administration’s achievements thus far were unimaginable last December. Among the most significant: returning Argentina to international capital markets after a 15-year hiatus, maneuvering legislation crucial to improving the country’s business environment through an opposition-dominated Congress, and making significant inroads in regenerating international bilateral and multilateral ties (not least with the United States and Europe).

As a government leading the country’s transition from a protectionist, inward-looking period, the Macri administration’s opportunities to cement the groundwork for future prosperity are significant. Making international commitments is the route to locking in reforms and securing long-term investment. That the government has already begun pursuing these avenues—most notably through commercial and cooperation agreements, as well as adoption of OECD standards with membership as a long-term objective—is tremendously encouraging.

To have implemented so many bold reforms with low levels of social conflict is testament to the government’s ability to negotiate, politick, and strike deals that have enabled them to walk the fine line between change and upset. Macri’s steady approval ratings indicate patience and trust in his government, and reflect the belief that the political and social costs that significant fiscal tightening would bear are too high at this stage.

The administration has proved itself adept at managing the complex political dynamics at work in Congress, within its own coalition, and with powerful labor unions. Engineering a cordial working relationship with Argentina’s provincial, mostly opposition governors—who exert significant influence over their provinces’ congressional representatives—has also been crucial to effective governance. There is little reason to believe this relationship will not persist for the remainder of Macri’s term, given governors’ dependence on federal financing.

At the same time, by exploiting divisions in the Peronist opposition—which remains in disarray following 2015’s defeat—the government has so far kept the threat of a viable leadership alternative at bay. Peronist and non-Peronist opposition groups have increasingly begun to obstruct government-led reform proposals, most notably a key income tax reform. A more united, less cooperative opposition will only increase the chances of policies being derailed going forward.

Meanwhile, despite the government’s innumerable promises of “dollar deluges,” reforms have not led to the significant inflows of foreign investment on which restoring growth will depend. Although the consensus is that 2017 will see a modest recovery, investment in the real economy remains lackluster. In spite of self-promotion as a pro-dialogue and business-friendly government, international investors continue to eye Argentina with suspicion due to its economic track record, institutional weakness, and continued fiscal irresponsibility. Argentina will see a recession this year—the International Monetary Fund projects a 1.8-percent drop in GDP for 2016—and inflation remains persistently high. But public anxiety regarding the state of the economy is being skillfully dealt with, mostly by placing blame for the current situation firmly at the door of the Kirchner governments.

Macri ran on a business-friendly platform focused mainly on sweeping economic change, and appointed several technocrats and former private-sector individuals to enact these policies. The subsequent shift in strategy, which has characterized most of the government’s first year in office, reflects recognition that sustainable economic reforms without social unrest are only possible if the political situation is handled delicately.

All this is to say that, contrary to expectations, the government's management of politics has superseded its management of the economy. The cost of these successes should not be understated: prioritizing politics over short-term economic recovery will come at the expense of the fiscal deficit and Argentina’s debt burden. Addressing the sizeable economic challenges that remain will require austere, politically unviable policy changes. Macri’s government will only be able to chip away at these imbalances during its first term.

Looking forward to other challenges, next year’s legislative elections will be a key test: a strong performance would boost the government’s political capital in Congress and add legitimacy to its pro-business policy agenda. While a loss would breathe new life into the opposition, it would not significantly threaten the Macri government’s “institutional legacy.”

External factors will hinder the return to growth, although they may also bring opportunities going forward. At the end of a year marked by populist earthquakes and antiglobalization rhetoric, it will be more important than ever for Argentina to pursue diversification of commercial partnerships. A more pragmatic and globalist approach to governance has won Macri universal praise from ideological allies. Some foreign policy missteps aside, the government’s “return to the world” can be considered a success. This may in itself represent a chance for Argentina to emerge as a bright spot in Latin America, particularly at a time when Brazil and Mexico are coping with major political and economic challenges. Argentina also has an opportunity to demonstrate regional leadership and to play a key role in integrating Latin American countries—for example by forging ahead with an EU-Mercosur trade deal, and integrating Mercosur with the Pacific Alliance.

It would be naïve to believe that this government is capable of transforming Argentina into a poster child for open emerging economies. Political obstacles and an unfavorable external environment will render this difficult. That said, all signs today point to Macri completing his term in 2019. If this happens, he would be the first democratically elected, non-Peronist president to see his term through in over eight decades. This in itself would be an enormous achievement.

While campaigning, Macri self-styled himself as the leader of a “happiness revolution.” One year on, a revolution is certainly underway in Argentina: of normalization. Given this government will struggle to deliver economic prosperity, Argentina’s best hope under Macri is for his administration to leave office having created the institutional conditions for future, long-lasting stability and growth.