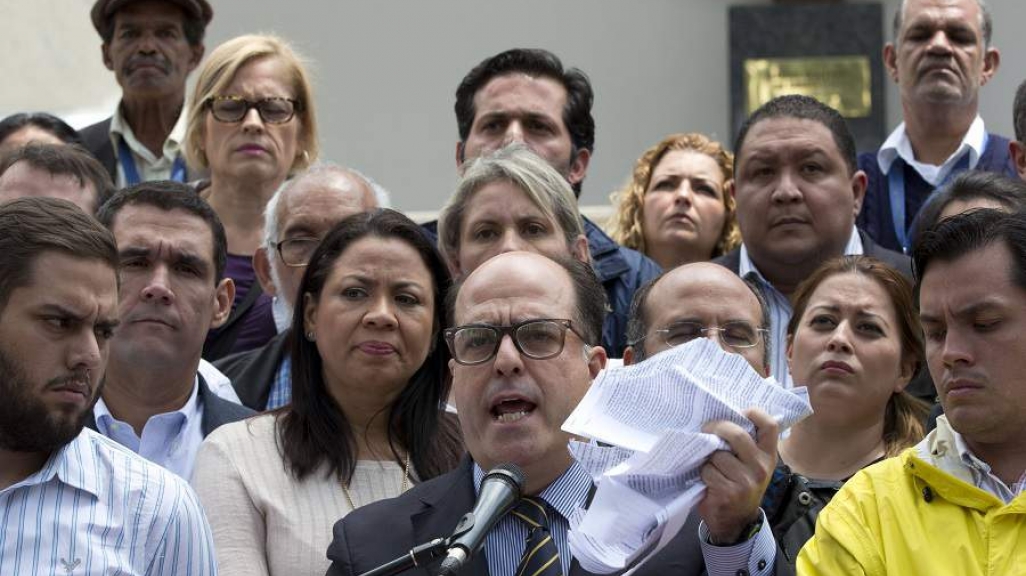 Although the Supreme Court reversed its decision to take over Congress, it still granted President Nicolás Maduro the ability to approve new oil deals and get some much-needed cash.

Update, April 4 — In the wake of both internal and international outcry, the Supreme Court reversed its controversial ruling to take over the National Assembly on April 1. That said, the modifications to the hydrocarbons law and President Nicolás Maduro's ability therein to approve financing for new oil deals remain in place. Opposition leaders continue to assert that any deals signed without congressional approval—and any future repayment obligations—will be null and void if and when there is regime change in Venezuela.

In what opposition leaders and some constitutional experts are calling a coup, Venezuela’s Supreme Court voted on March 29 to remove all of the powers assigned to the opposition-controlled Congress and assume those duties itself. The move came a day after members of the Organization of American States voted to give the government more time to find a solution to its political crisis instead of moving on a motion from its secretary general to suspend the country for violations of its democratic charter. More than one observer likened the move to Peruvian President Alberto Fujimori’s absolving Congress in 1992.

A move as much economic as it is political

That the judicial branch, which has not ruled against executive interests in years, dealt a blow to the legislature—the one body of power controlled by the opposition—is not necessarily surprising. The courts have overturned every single piece of legislation passed by the National Assembly since the opposition took power in January 2016 and held the entire body in contempt of court for the better part of the last year.

But one of the last remaining powers the court just took away was an important one: Congress’ ability to approve payments on government bonds and to approve new loans. In mid-March, the dispute with Congress held up $440 million in loans from the CAF Development Bank of Latin America.

Wednesday’s decision also allows President Nicolás Maduro’s government—which controls four of the five branches of power—to rewrite a hydrocarbons law so that it can issue new joint ventures. Opposition legislator Jose Guerra, a member of the finance committee and a former Central Bank employee, has warned investors that any deals they sign with the government that are not approved by the legislature would be illegal.

Cash over the Constitution

The government is in desperate need of the cash, and the question of if the country defaults is a hot topic among investors who hold billions in Venezuelan sovereign bonds and bonds in the country’s state-owned oil company, PDVSA. So far, they’ve always gotten their money, however implausibly. But with the political opposition threatening the Maduro administration's “surreal, suicidal” decision to keep repaying bondholders, the political and economic crises finally converged.

“The government has basically prioritized access to cash over maintaining the minimum constitutional thread in the country,” says Guillermo Zubillaga, who heads AS/COA’s Venezuela Working Group.

One of the biggest items on Venezuela’s balance sheet is what it pays for imports, despite the fact that they remain critically low as food and medicine shortages reach crisis levels. The other item is the price of the Venezuela oil basket, as oil accounts for more than 96 percent of the country’s export revenues. The average price of Venezuelan crude so far in 2017 is $45.04 per barrel, up from 2016’s average of $35.15, but well below the halcyon days of $103.42 in 2012. According to Credit Suisse’s analysis, the country’s budget for the year is set to end up $100 million in the red, including line items of $25.9 billion in oil revenues and $19.1 billion paid for imports. Import levels are down 50 percent from where they were two years ago, says Zubillaga.

Little relief, a lot of uncertainty on the horizon

As its production and profit margins tumble, Venezuela has, thus far in 2017, only complied with 18 percent of production cuts agreed upon by OPEC members, according to the International Energy Agency, even though it lobbied for the cuts—the group’s first since 2008—for years. Although it has the largest proven oil reserves of any country in the world, Venezuela has watched its daily production fall 33 percent from 2001 to just 2 million barrels today.

Adding to the uncertainty is a Bloomberg report that PDVSA President Eulogio del Pino will leave his role in July, to be replaced by Nelson Martínez, a former president of Citgo whom President Nicolás Maduro tapped to be energy minister in January 2017. Del Pino has worked for PDVSA for 30 years, becoming its president in 2014.