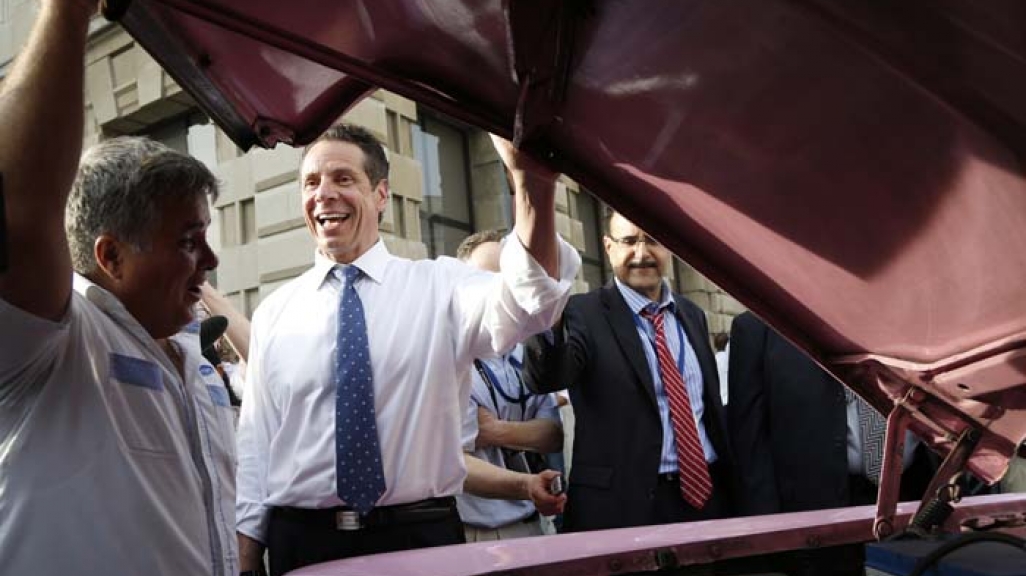 Governor Andrew Cuomo checks out a 1956 Chevrolet in Havana on April 20. (Image: AP)

From the governor of New York to the NBA, high-profile officials and groups are heading to Cuba in the wake of reestablished U.S. diplomatic ties.

Since U.S. President Barack Obama announced the reestablishment of relations with Cuba in December 2014, a number of high-profile officials and groups scheduled trips to the Caribbean island. This week, New York Governor Andrew Cuomo became the first U.S. governor to visit after the reopening of diplomatic ties between the two countries.

The visits take place as it becomes easier for U.S. citizens to travel to Cuba. This month, an online retailer launched sales of direct flights from Miami, New York, and Tampa, with direct flights scheduled to begin from Orlando and Baltimore later this year. With comedian Conan O’Brien filming in Cuba earlier this year, sports figures and rock stars alike now have plans to hit Havana.

Find out who recently headed to the Caribbean country and who’s slated to go this year.

Senators Amy Klobuchar (D-MN), Claire McCaskill (D-MO), and Mark Warner (D-VA): In mid-February, the three senators participated in a four-day mission to meet with the foreign minister and trade and agriculture officials. The same month, Klobuchar introduced legislation to lift the embargo on Cuba.

Congresswoman Nancy Pelosi (D-CA): In mid-February, the U.S. House minority leader led the first U.S. House of Representatives delegation since Obama’s December announcement. Eight other Democratic representatives participated in the three-day trip. The legislators met with Cuban First Vice President Miguel Díaz-Canel, as well as other top government officials, members of the National Assembly, and Cardinal Ortega. They also met with entrepreneurs, civil society representatives, and the students at the Latin American School of Medicine.

Missouri First Lady Georganne Nixon: Missouri’s Jay Nixon was slated to become the first U.S. governor to visit Cuba since reestablishing relations, but due to the untimely death of a state official, the first lady went in his stead. The March 1 to 4 trade mission included agribusiness representatives and 95 current and former officials, including two former national agriculture secretaries. Nixon met with numerous officials, including the ministers of tourism, trade, and foreign affairs.

Virginia Governor Terry McAuliffe: In March, McAuliffe said he will travel to Cuba, likely in late spring. The announcement came while Cuban Interests Section Chief José R. Cabañas visited the state, which is one of Cuba’s largest trading partners. Virginia Secretary of Agriculture and Forestry Todd Haymore has visited the island nine times since 2007, and McAuliffe went to Cuba on a civilian trade mission in 2010.

New York Cosmos: This summer, the North American Soccer League team will become the first U.S. professional sports team to play in Cuba in 16 years, and the first to compete on the island since the restoration of diplomatic ties. The Cosmos will play the Cuban national team on June 2.

Pope Francis: The head of the Catholic Church will travel to Cuba in September. On April 22, a Vatican official said the pope will visit the island as part of his trip to three U.S. cities in the fall. The pope played a key role in the talks between Cuba and the United States to broker reestablishing ties.