More than sixteen months after its signing, the U.S.–Colombia Trade Promotion Agreement is now in the hands of the U.S. Congress.

More than sixteen months after its signing, the U.S.–Colombia Trade Promotion Agreement (TPA) is now in the hands of the U.S. Congress. On April 7, 2008, President George W. Bush signed a transmittal letter that formally sent implementing legislation for the U.S.–Colombia TPA to Capitol Hill. The president underscored that the TPA “will advance America's national security interests in a critical region [and] strengthen a courageous ally.” As for its impact domestically, he noted that it “will help America's economy and America's workers at a vital time.” Under trade promotion authority rules, the U.S. Congress must vote on the pact within 90 legislative days. Nonetheless, the Democratic leadership tailored the rules for consideration of the agreement, removing the timeline.

In a recent interview with the Americas Society and Council of the Americas, Colombian Vice President Francisco Santos pointed out that the TPA will increase U.S. GDP by about $2.5 billion. According to the American Farm Bureau, the Colombia TPA, along with the recently ratified Peru agreement, will increase U.S. farm exports by $1.39 billion. This translates into over 18,000 new jobs due to increased agricultural exports, according to the U.S. Department of Agriculture.

Implementation of the agreement would eliminate tariffs on more than 80 percent of U.S. industrial and consumer goods exports immediately. Eventually, 100 percent of the tariffs that U.S. exports face would be eliminated. This arrangement will substantially alter the current framework where Colombia enjoys near complete access to the U.S. market while U.S. exporters experience substantial barriers to the Colombian market.

Democrats criticized the White House decision to send the agreement for a vote. In a joint statement by Speaker Nancy Pelosi and Ways and Means Chairman Charlie Rangel, the Democrat leaders condemned the president for his “unprecedented decision to send a free-trade agreement to Congress without following established protocols of congressional consultation.” Under trade promotion authority rules, the U.S. Congress must vote on the pact within 90 legislative days. However, on April 9, Speaker Pelosi called for removal of the 90-day timetable for agreement consideration and successfully changed the provision in a vote on April 10, which passed 224 to 195, postponing the U.S.-Colombia vote indefinitely.

After a bipartisan agreement on labor and environmental standards last May, the Colombian government worked with its Congress to quickly gain approval for these changes. However, despite ongoing discussions, many continue to oppose the agreement out of concern for the violence against union labor leaders. Since President Uribe took office in 2002, the security situation has improved dramatically. According to the U.S. Department of State, homicides have decreased by 40 percent and homicides against trade unionists have dropped by over 80 percent; in 2007, 26 trade unionists were killed. Comparing figures nationwide, last year’s homicide rate of unionists was less than one-seventh that of the general population.

The Bush administration has made passage of the U.S.–Colombia TPA a top priority. U.S. Trade Representative Susan Schwab, who was present at the April 7 ceremony, recently led a bipartisan delegation of House of Representatives members to Colombia in early April. The goal of the trip was to highlight the importance of the pending trade pact. In Colombia, the delegation met with President Uribe, supporters and opponents of the trade agreement, and representatives from the business community, including labor leaders. Administration officials, including Secretary of State Condoleezza Rice and Secretary of Commerce Carlos Gutierrez, have joined over 50 members of Congress on eight such trips since September 2007.

The current path forward for the U.S.–Colombia TPA is unclear. Trade Adjustment Assistance (TAA), which provides benefits for U.S. citizens adversely affected by trade, may be point of compromise between the White House and the Democratic leadership in Congress. If common ground can be found on TAA, the Colombia deal may garner enough congressional support to pass. At present, both sides have yet to find common ground on the extent of benefits that should be made available under TAA and the persons eligible. The House had passed an earlier version of TAA, which the president had threatened to veto. The bill remains stalled in the Senate. 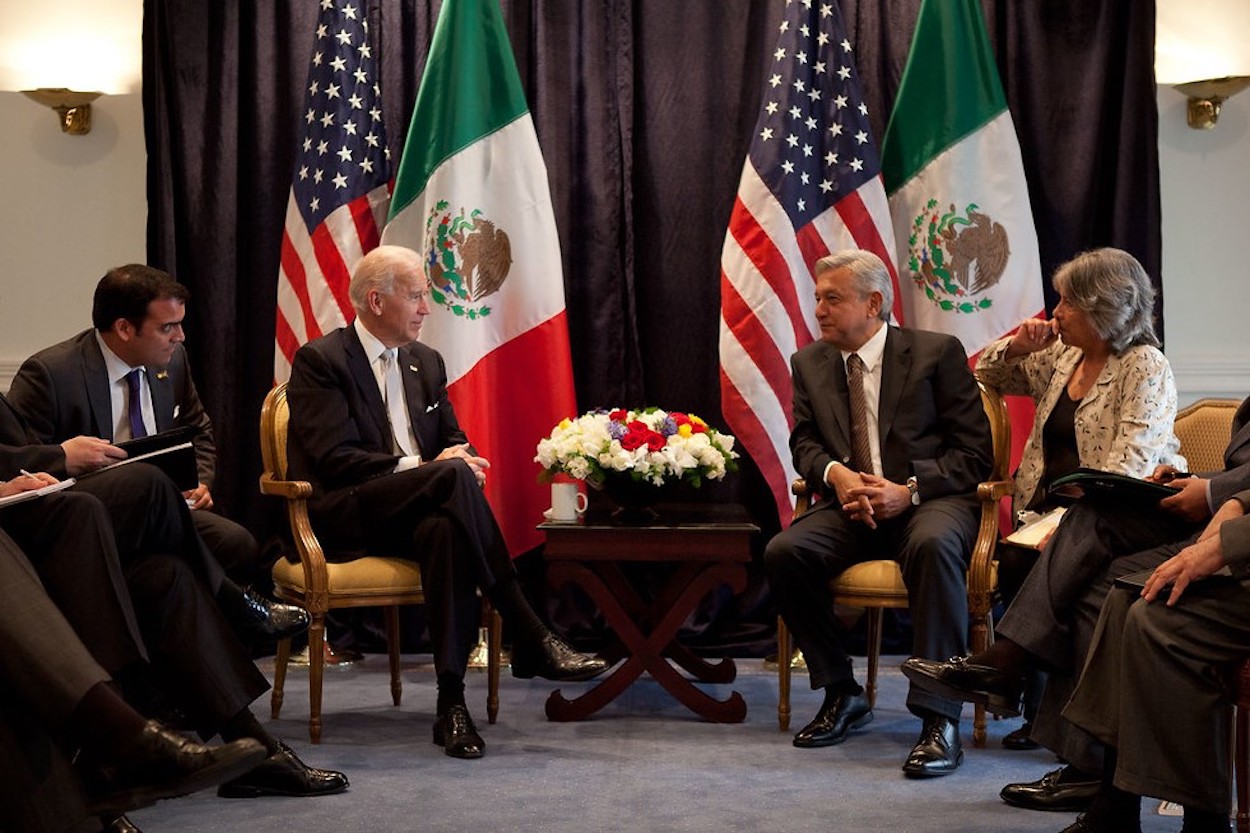