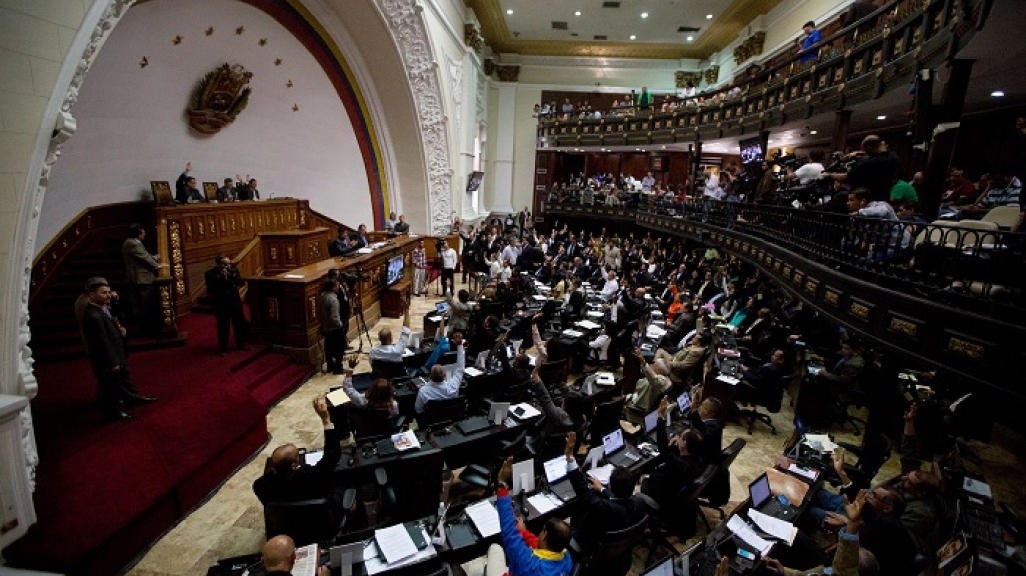 Get a timeline of the turning points that pitted the country’s legislature against other government branches.

In recent days, Venezuela witnessed an institutional showdown between the newly controlled opposition legislature and the judiciary, the latter of which openly sides with the ruling party and the executive branch. At issue was whether a handful of legislators from the rural state of Amazonas would be allowed to take their oaths of office. While, as of January 14, the two branches have stepped back from their standoff, much remains to be seen under Venezuela’s new distribution of power. Below, we chart the major developments, as well as some important antecedents to the crisis.

December 15, 1999 – Venezuela institutes a new Constitution, which creates a Supreme Tribunal (TSJ), replacing the old Supreme Court. The new court includes six sub-chambers, in addition to the full chamber with all of the court’s 32 justices.

May 19, 2004 – The National Assembly passes a law that places the judiciary under the control of the executive, thereby removing judicial independence and separation of powers. The judiciary has not ruled against executive interests in more than 45,400 cases since.

December 6, 2015 – Venezuela holds legislative elections in which the opposition coalition grabs a majority. However, the National Electoral Commission (CNE) only releases partial results that night. Electoral results, touted by the government for the efficiency of its electoral voting machines, are considered “irreversible” under Venezuelan electoral law.

December 8, 2015 – Venezuela’s CNE affirms the 112-seat opposition victory, granting the opposition a supermajority in the 167-deputy chamber. This is the first time the chavista government has not controlled a branch of government since Hugo Chávez first came to power in 1999.

December 23, 2015 – The lame duck, chavista-controlled National Assembly rushes through the appointments of 13 new judges after a handful of seated judges opt for an early retirement. Legal experts call into question the constitutionality of the appointments.

January 5, 2016 – The 163 uncontested deputies take their oaths of office per the constitutionally appointed schedule.

January 6, 2016 – New Speaker Henry Ramos Allup ignores the TSJ injunction and swears in the three barred opposition deputies. The fourth barred deputy, from the government’s socialist party, was not present.

January 9, 2016 – The opposition convenes a committee to investigate the constitutionality of the December 23 TSJ appointments.

January 11, 2016 – The TSJ declares the National Assembly is in contempt of court for swearing in the three deputies in question and rules that all the legislature’s actions are null and void as long as the deputies are seated.

January 13, 2016 – The opposition backtracks and the three disputed deputies remove themselves from the assembly while their cases are under review.

January 14, 2016  – The TSJ affirms the deputies’ decision to step down and rules that the National Assembly is no longer in contempt of the court. The National Assembly gets to work. But, with 109 opposition deputies, it is unclear whether legislative votes will be counted out of all 167 deputies or just the 163 seated ones, and therefore if the opposition retains its supermajority.