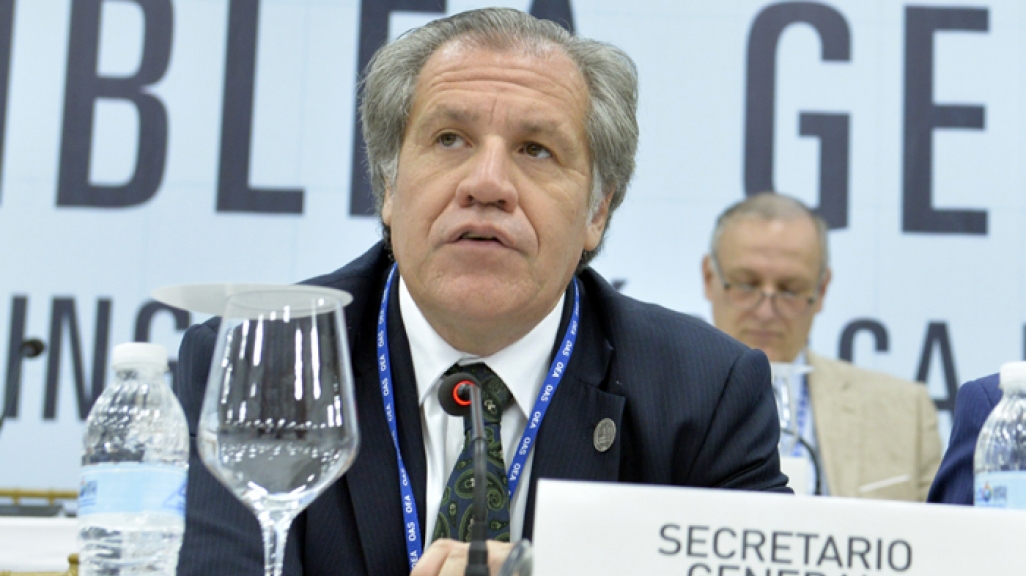 Update: Venezuela and the OAS at Odds

Ahead of a June 23 meeting in DC, Secretary General Luis Almagro must figure out how to rally support in the face of recent setbacks.

Updated June 20, 2016 — It’s been a tempestuous month for the Bolivarian country and the hemispheric body. On May 18, the secretary general of the Organization of American States (OAS), Luis Almagro, wrote a forceful open letter to Venezuelan President Nicolás Maduro in which he accused the leader of “betraying your people.” A couple weeks later, Almagro invoked the Inter-American Democratic Charter against Caracas, citing an “alteration of Constitutional order,” and calling on Maduro to allow an opposition-backed referendum to take place by the end of the year. It marked the first time a secretary general invoked the charter against the will of the government in question and marks the first step in removing Venezuela from the OAS.

The Response from OAS Members

But the support wasn’t there, and on June 1 member countries passed a watered-down measure that instead called for “inclusive dialogue” but did not mention the referendum. Notwithstanding, Argentina, Chile, Colombia, and Uruguay issued a joint statement saying they supported constitutional procedures, including the referendum. But Chilean Foreign Minister Heraldo Muñoz said he would be seeking consensus, “beyond the opinions of the secretary general.”

The loss of Argentina’s support in particular was a blow for Almagro. When he took office in December 2016, Argentine President Mauricio Macri made regular calls for Venezuela to release political prisoners. Before that, and while on the campaign trail, he suggested expelling Venezuela from Mercosur. But this spring, the administration backed off its criticisms of Caracas, purportedly as part of a delicate diplomatic campaign to garner support for Argentine Foreign Minister Susana Malcorra to become the next UN secretary general. In early May, Malcorra herself highlighted her regular meetings with Venezuela’s Foreign Minister Delcy Rodríguez, and suggested that the Union of South American Nations (Unasur), might be a better arena for such discussions.

On June 14, in a counter-offensive, Rodríguez introduced a measure during OAS General Assembly sessions that called for an investigation into Almagro for his “unbridled” actions against the country, saying they threatened the sovereignty of Caracas. Rodríguez held a press conference the following day claiming the measure passed by a vote of 19 to 12. An OAS spokesman later clarified, however, that Venezuela's original petition to investigate Almagro only garnered the support of three of the 34 member countries. What passed by 19 to 12 was a vote to allow Venezuela to bring up the issue of his conduct again for debate.

The Permanent Council is nonetheless scheduled to hold a special session on June 23 in Washington to discuss the specifics of Almagro’s May 30 proposal. It’ll also hear a report, at the request of Venezuela, on June 21 from a delegation of three former presidents, including Spain’s José Luis Rodríguez Zapatero, who’ve been on a diplomatic mission to the country in attempts to foster dialogue between the Maduro administration and the opposition.

The Venezuelan opposition appealed to the OAS this year for support, as measures passed by the National Assembly—where the opposition has a majority—are regularly overturned by the country’s Supreme Court and the Electoral Council, both of which favor the executive branch. Assembly Speaker and opposition leader Henry Ramos Allup intends to attend the meetings in Washington next week, although the Supreme Court is considering a petition by Maduro to block his travel, saying Ramos Allup is acting unduly in the country’s foreign affairs.

Almagro can at least count on the full support of the United States—and indeed Rodríguez also claimed he was “an agent” of the country. The United States has been outspoken in its criticisms of attacks on Venezuelan opposition leaders and calls to release political prisoners. Washington supports invoking the Democratic Charter against Caracas as a way to begin a constructive process, without removing Venezuela from the body. Rodríguez contends the OAS and the United States are leading a coup against the Maduro administration.

Yet, hours after a tense session in which Rodríguez made those claims, U.S. Secretary of State John Kerry and Rodríguez announced the two countries would move forward in reestablishing bilateral relations. The two countries have not exchanged ambassadors since 2010.

Editor's note: This piece has been updated to correct the nature of the vote to investigate Almagro's conduct. Member countries did not vote 19 to 12 in favor of investigating his conduct, as previously stated, but instead voted to allow Venezuela to bring up the issue of his conduct again for debate.