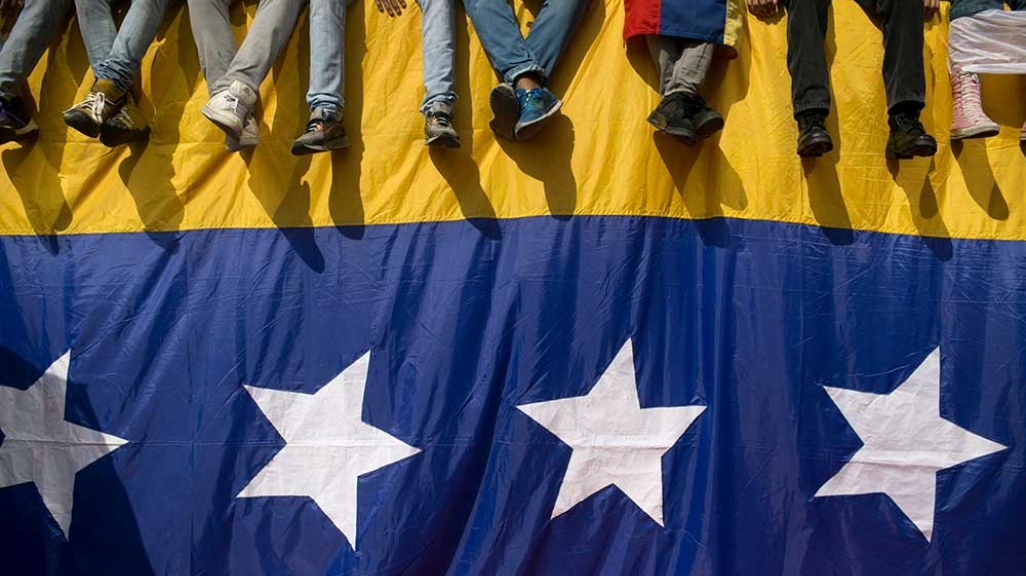 Update: A Tale of Two Venezuelan Votes in July

One vote will set in motion the process to rewrite the Constitution. The other is a symbolic protest.

July 27 Update — On July 26, the U.S. Department of the Treasury’s Office of Foreign Assets Control issued sanctions on 13 Venezuelans. CNE President Tibisay Lucena and three others were cited for "undermining democracy or human rights" by facilitating the constituent assembly process, five individuals for "violence and repression" of protesters, and four more officials at PDVSA and the foreign exchange office for corruption. Washington further warned that the election of any individuals to the assembly on July 30 "could expose them to potential U.S. sanctions." The White House previously had said that, if the Maduro regime goes through with the July 30 vote, the United States will take "economic actions."

Read an update on the outcome of the July 16 referendum.

On July 16, Venezuelans at home and abroad will gather at thousands of polling places to cast their votes. But their country’s famed modern vote-tabulating system won’t be counting the votes. Why? Because it’s not an official election, but a symbolic one organized by the large swathes of the population opposed to Venezuelan President Nicolás Maduro’s plan to hold a constituent assembly to rewrite the country’s Constitution of 1999.

Organizers are calling the July 16 vote a “popular consultation” for a deliberate reason: Maduro is bypassing that step and calling directly for the constituent assembly, as Article 348 of the Constitution allows him to do, and so the second vote, on July 30, is to elect representatives to that body rather than whether there should be an assembly in the first place. Caracas polling firm Datanalisis released a poll showing that 85 percent of those surveyed said a rewrite of the Constitution was “unnecessary,” and of those who were aware of the president’s project, 86 percent said he should have held a national vote first, asking Venezuelans if they wanted a constituent assembly in the first place.

The current Constitution was a legacy of Hugo Chávez, who called for a constituent assembly hours after being sworn in to the presidency in 1999. That year, the Venezuelan electorate voted three times on a new Constitution: in an April referendum on the question of whether or not to convene a constituent assembly (passed with 88 percent support), to elect representatives to the assembly in July, and to approve the newly written Constitution in December (passed with 72 percent support).

The outcomes of these two votes aren’t necessarily in question: maduristas aren’t expected to cast votes in the opposition’s referendum, and opposition leaders have called on voters to boycott the July 30 vote. The opposition’s strategy is a gamble: they sat out 2005’s legislative elections, and the resulting chavista-majority Congress increased Chávez’s powers. But the question of fair and free elections is largely beside the point at this stage: both the Supreme Court and the National Electoral Council (CNE) are branches of power controlled by chavistas and do not have judicial independence or separation of powers from the executive. During the opposition’s recall referendum efforts of 2016, the CNE, before it quashed the process completely, introduced numerous new legal stipulations not in the law or approved by the legislature that made it all but impossible for the opposition to comply. The CNE also invalidated the elections of three congresspeople from the remote Amazonas department, thereby denying the opposition a two-thirds supermajority in the legislature. The Supreme Court meanwhile has ruled against every piece of legislation passed by the opposition-controlled legislature and even declared the entire body null and void in March. That declaration sparked the current wave of protests, which started on April 1, and have led to more than 90 deaths, 1,400 injuries, and hundreds of detentions in three months.

What will be telling, on the other hand, is which election garners a greater volume of votes. The CNE says that 19.8 million Venezuelans are registered to vote for July 30, including 101,000 Venezuelans abroad. That number is well below the estimated 1.5 million Venezuelans living abroad, and organizers of the July 16 referendum say that, while people do need to show a Venezuelan ID or passport, it will be accepted if expired. Maduro received 7,587,579 votes when he won the April 2013 special election for the presidency in the wake of Chávez’s death.

While on July 30, Venezuelans will vote to elect 545 representatives to Maduro’s constituent assembly, the July 16 referendum will pose three yes-or-no questions to voters:

The reference to a constitutionally mandated schedule of elections is related to two big elections that the Maduro administration has either quashed or postponed indefinitely in the last year: a recall referendum against his administration spearheaded by opposition groups in 2016, and regional elections for governors and state legislators slated to happen by the end of that year.

The National Electoral Council (CNE) suspended the recall referendum against the increasingly embattled president on October 20 after months of forestalling the process and introducing new requirements for the referendum organizers. The CNE issued the suspension after four ruling-party governors filed injunctions against the recall alleging fraud—although presenting no public evidence—in an initial round of signature gathering that took place in May.

On October 18, two days before the referendum suspension decision, CNE head Tibisay Lucena announced that the elections of 23 governors and 237 state legislators slated for December 2016 would take place in the spring of 2017. Those never happened. While Lucena did not give a specific reason for the delay, two weeks earlier Maduro said that elections were “not a priority” for his administration as it grapples with the ongoing economic crisis. Governors and other state-level officials serve four-year terms, as laid out in Articles 160 and 162. The last regional elections took place December 16, 2012, with governors and state officials taking office January 5, 2013.

Why delay elections? Maduro’s support fell to 21 percent in June, down 3 points from April, according to Datanalisis. His party lost a supermajority in the legislature in December 2015 elections, and national support for him and his party is unlikely to rebound as conditions in the country deteriorate.

Who’s come out for or against Maduro’s constituent assembly?

Domestically, the country’s Attorney General Luisa Ortega, who for months has been the most vocal chavista speaking out against the president, urged Venezuelans on June 8 to reject Maduro’s plan to rewrite the Constitution and also called on Supreme Court judges to invalidate the process. In criticizing Maduro’s decision to not hold a referendum, she quoted Chávez himself: “The only sovereign is the people, there is no other. Consequently, it is the people who must participate, not being reduced to their minimum expression.” On June 6, a retired major general and former Chávez official resigned from his role as a defense advisor to Maduro, saying he disagreed with the plan to rewrite the Constitution.

Internationally, shortly after Maduro announced plans to rewrite the Constitution on May 1, the U.S. State Department’s top diplomat for the Western Hemisphere had pointed remarks for Caracas: “The solution to Venezuela’s problems is not less democracy, but more,” said Francisco Palmieri, the U.S. acting assistant secretary of state of Western Hemisphere Affairs, at the 47th Washington Conference on the Americas. “An autocratic, top-down authoritarian exercise dressed up as a constituent assembly, having already lost legitimacy at home and abroad, will not help.”

More recently on July 10, the president of neighboring Colombia, Juan Manuel Santos—who suffered his own defeat in a plebiscite vote in the fall of 2016—said Maduro should abandon the constituent assembly process. The foreign ministers of Argentina, Brazil, and Chile have also come out against the process. While Nicaragua’s president issued unqualified support for the assembly, Bolivia’s Evo Morales was a bit more circumspect after plans were announced, tweeting that the Venezuelan voters should decide their fates, “respecting their Constitution.”

Across the Atlantic, members of the European Parliament issued a statement on July 12 calling the constituent assembly process “illegal” and warning that the body would not recognize the project. The Catholic Church, with the input from both domestic and Vatican-based bishops, warned the process could “put the democratic future of Venezuela in danger.”