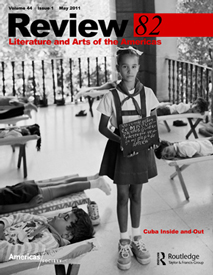 Learn more or purchase Review 82. Subscribe to the magazine.