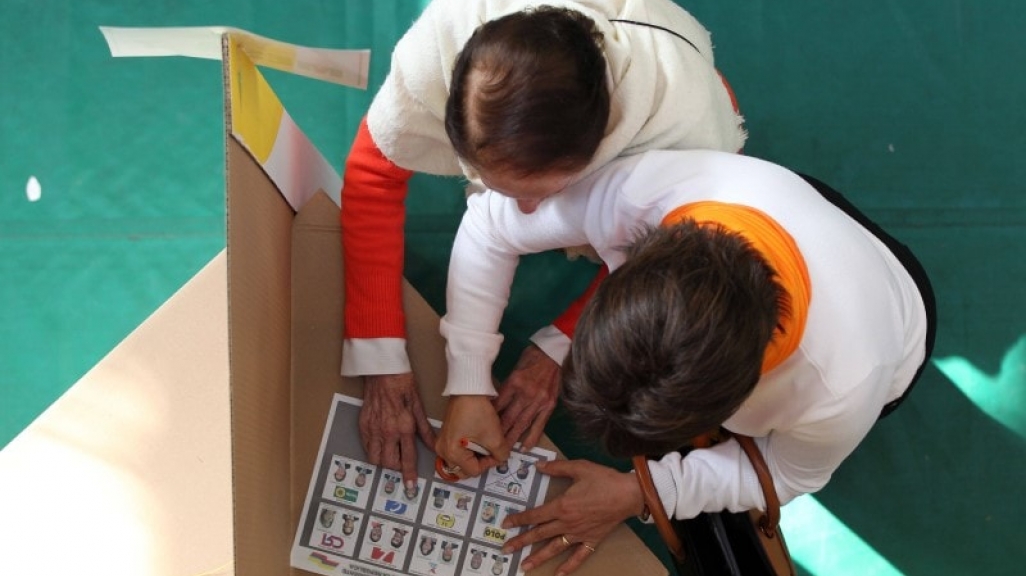 Remarks: The Importance of Strong Institutions for Latin America

Countries must continually renew their commitment to democratic governance, in both hechos as well as dichos, said COA Vice President Eric Farnsworth in remarks at the National Defense University.

"THE IMPORTANCE OF STRONG INSTITUTIONS FOR THE FUTURE OF LATIN AMERICA"

Thank you, [Alejandra Bolanos], [Alejandro Aleman], [General Fred Rudesheim]. It is a real pleasure to be here again this afternoon with you and your Perry Center colleagues. The work that you do here at Ft. McNair every day is of meaningful and lasting consequence. As you know, I am proud to have been a supporter of the Center and your critically important mission since it was founded, and I’m honored to have the opportunity to join you today as a distinguished speaker.

In fact, it is precisely these sorts of discussions and activities that contribute meaningfully to building strong and professional security establishments across the region, which, as all of you know, help directly to build democracy, resisting some of the greater political passions that attract the hemisphere from time to time, but only ever seem to end up causing turbulence and hardship for the people of the region.

In my view, militaries and security forces have not just an important, but indeed a vital role to play in these issues, and so I want to thank and congratulate all of you for seizing on opportunities such as the program this week to discuss and develop these activities further.

Thank you again for this invitation.

This afternoon I want to offer a few comments about the strategic importance to Latin America of strong institutions and good governance. This is perhaps the key issue for the maintenance of democracy itself. And from that perspective, good governance is therefore a strategic matter.

And here I’ll suggest that a definition of a “strong” institution is one that is able to carry out its mission without fear of undue political influence, which can “push back” and assert its independence when politics intrudes, and which in fact can serve as a brake on the political passions and influence that may otherwise overwhelm. This is in some ways a description of professional militaries. And in this context, the ability to plan for the future, with independent budgeting and funding streams…the ability to hire and fire employees based on merit rather than politics…and the ability to carry out constitutional activities subject to the objective application of the rule of law are all critical to strengthened institutions, and strengthened democracy.

What is it that most frequently causes voters to seek alternatives to democracy? What erodes faith in democratic systems? What allows leaders to rise to power through the democratic process and then to dismantle democracy, often with the people themselves cheering them on? I would submit to you that a lack of strong institutions is at the core.

For democracy to gain and keep support, it must deliver economic, social, security, and political benefits broadly distributed. Not just at the macro level, but at the micro level. When democracy doesn’t deliver, people look for change. When governance doesn’t improve people’s lives, people seek to change governments.

These are not new concepts, going back to the Enlightenment or even ancient Greece. But more recently, in our region, we have also acknowledged these realities.

At the first Summit of the Americas in Miami, which I was privileged to join, institutionality was at the heart of our deliberations on the comprehensive agenda agreed by consensus. In 1994 the world was changing and we knew that regional governance would also have to change, with a greater focus on economic and social development for those newly empowered politically through the ballot box. A region relatively new to democratic practices would need to ensure that people saw benefit in pursuing them, or else the rest of the overall agenda would be put at risk.

Subsequently, on September 11, 2001 in Lima, regional leaders agreed by consensus to sign the Inter-American Democratic Charter which committed signatories to pursue the basic tenets of democracy and to band together collectively to protect democracy wherever it may be challenged among signatory nations. This was a historic breakthrough, but the optimism of those days was quickly overwhelmed by the coming to power of a number of governments intent on pursuing an alternative path.

These governments came to power precisely because those they replaced were perceived as ineffective, inefficient, corrupt, and concerned only with the fate of the politically and economically connected. After the first wave of democracy crested by the turn of the century, there was little difference in the lives of most people. Their hope for a better future—jobs in the formal economy, adequate healthcare, improving infrastructure, good schools for their children—was too often unfulfilled. And so, given the chance, voters opted for change, electing those promising to overturn pre-existing economic and political models.

And for a while, easy money spurred by historically high commodities markets gave the impression that a new economic model really WAS at hand, and that the rising expectations of new middle class voters would be easily met by a new cadre of broadly populist politicians. Current consumption replaced investment. Politically motivated spending replaced sound economic management. At the same time, relatively weak democratic institutions were intentionally bent to the will of the executive, including the courts, legislative bodies, and the commanding heights of economies, to enable the fluid implementation of these new governance models. Constitutions were changed and, in my view the worst abusers were those who pushed through indefinite presidential re-election. With reduced restraints and significant new sources of income, corruption exploded.

On the other side, Colombia is an important example of a nation where institutions rejected the personalization of the presidency. Chile too, of course. Peru is getting back on track. Brazil’s judicial institutions have proven to a powerful corrective on presidential overreach.

Eventually, of course, commodities markets came back to earth, and the easy money ran out. Economies suffered, unemployment increased, and investment, both public and private, was deferred. And, as economic anxiety intensified among millions of new entrants into the middle class, populations began to look for people to blame.

In part, this has fueled the loud rejection of the corruption that has been identified in country after country, which has been a long-overdue, if disruptive, development. Someone was clearly making a lot of money during the boom; many voters asked, where did it all go?

At the ballot box over the past election cycle, we have seen a resulting dramatic political change, as voters seek to install leaders who can better meet expectations for economic growth and development, reduce crime, and attack corruption and punish those who engage in corrupt activities.

Arguably, this is precisely the phenomenon that drove the election just a year ago of Andres Manuel Lopez Obrador in Mexico, and a working majority in both houses of the Mexican Congress for the new and untested MORENA party. It was also a primary factor leading to the election of Brazil’s Jair Bolsonaro. Both Guatemala in a few days and Argentina later this year will also be important indicators.

Voters are patient, but there are limits. And governments which refuse to take these issues seriously will be faced with voters who eventually may decide that the entire system is corrupt, that a strong hand is better to address corruption and crime than a more complicated democratic system, and that the niceties of civil liberties can be lain aside in the quest for economic growth.

Perhaps this is what has been occurring already in Nicaragua. It certainly led innumerable observers both in and outside Venezuela to support Hugo Chavez and his successor Nicolas Maduro even when it became blindingly clear that that nation was headed toward disaster.

Ultimately, democracy is built on trust. Trust that leaders will put their constituents’ interests ahead of their own, trust that the public good will prevail, and trust that leaders will depart from office once their term has expired. And when leaders abuse the trust that the public has put in them, or they perform inadequately or ineffectively, the reservoir of support that people have for democratic governance begins to erode. When faith in democratic institutions evaporates, including in the professional military, police, and security services, the siren call of authoritarian governance and even dictatorship increases.

These are not just theoretical issues, they are real. And it’s one reason why I’m so pleased that your course focuses on issues such as democratic control of the armed forces, adherence to the rule of law, transparency in budgeting and anti-corruption, and leadership development. These are the nuts and bolts of good governance and strong institutions in the conduct of the mission set before us. Militaries and professional police forces are critically important pillars of democratic governance, and have a fundamental role to play in promoting shared democratic values across Latin America. When we lose sight of this mandate, as in Venezuela today, we potentially lose our nations.

In addressing the British Parliament in 1982, U.S. President Ronald Reagan said that democracy is not a fragile flower, but it does require tending…and he was right. Democracy is resilient but unless we continually renew our commitment to democratic governance, in both hechos as well as dichos, and the public sees these actions clearly and consistently, we risk backlash.

Not just against governments, but against democracy itself. And in my view, there is no greater strategic threat in the Americas than that. And the choice is very clearly all of ours to make. 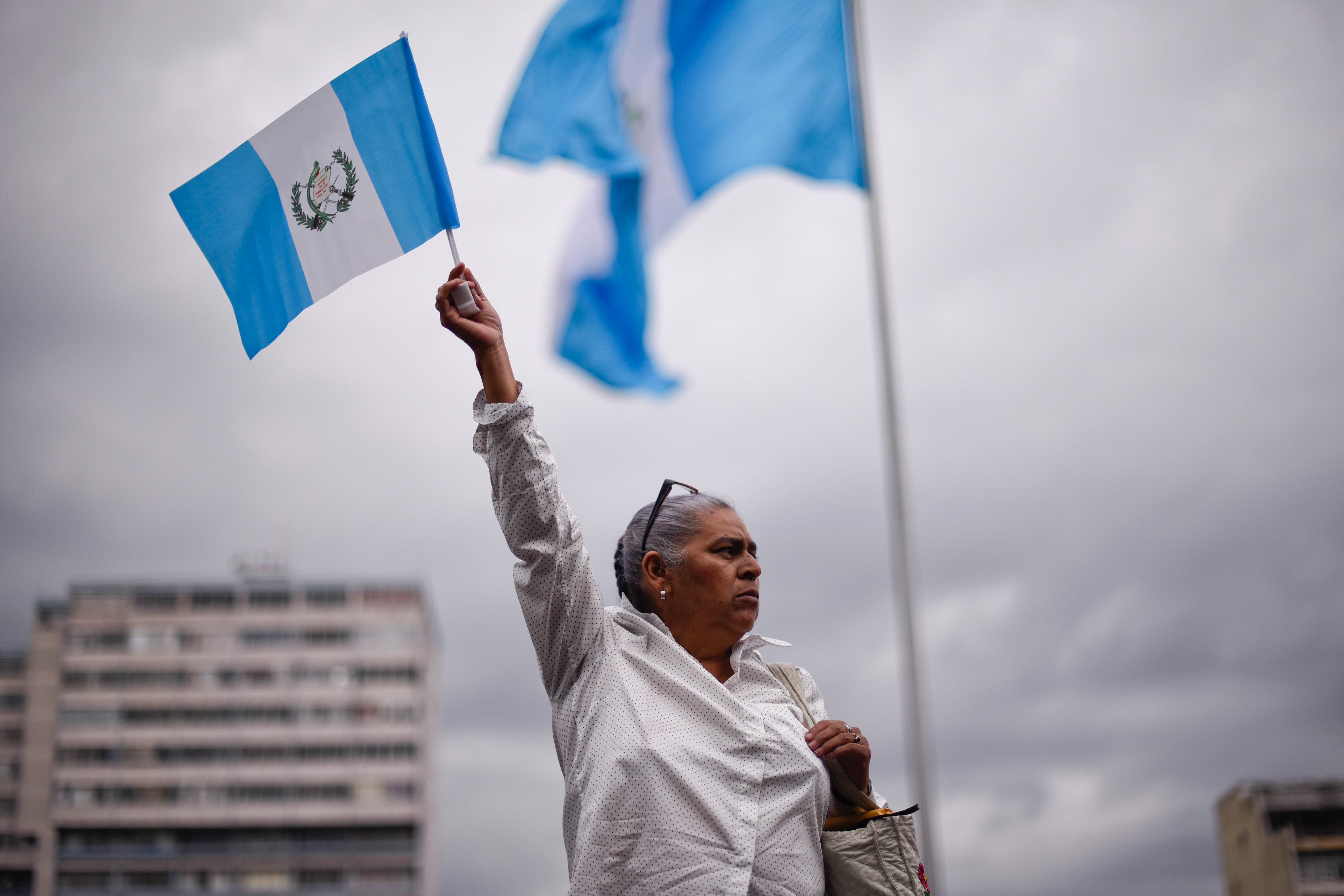 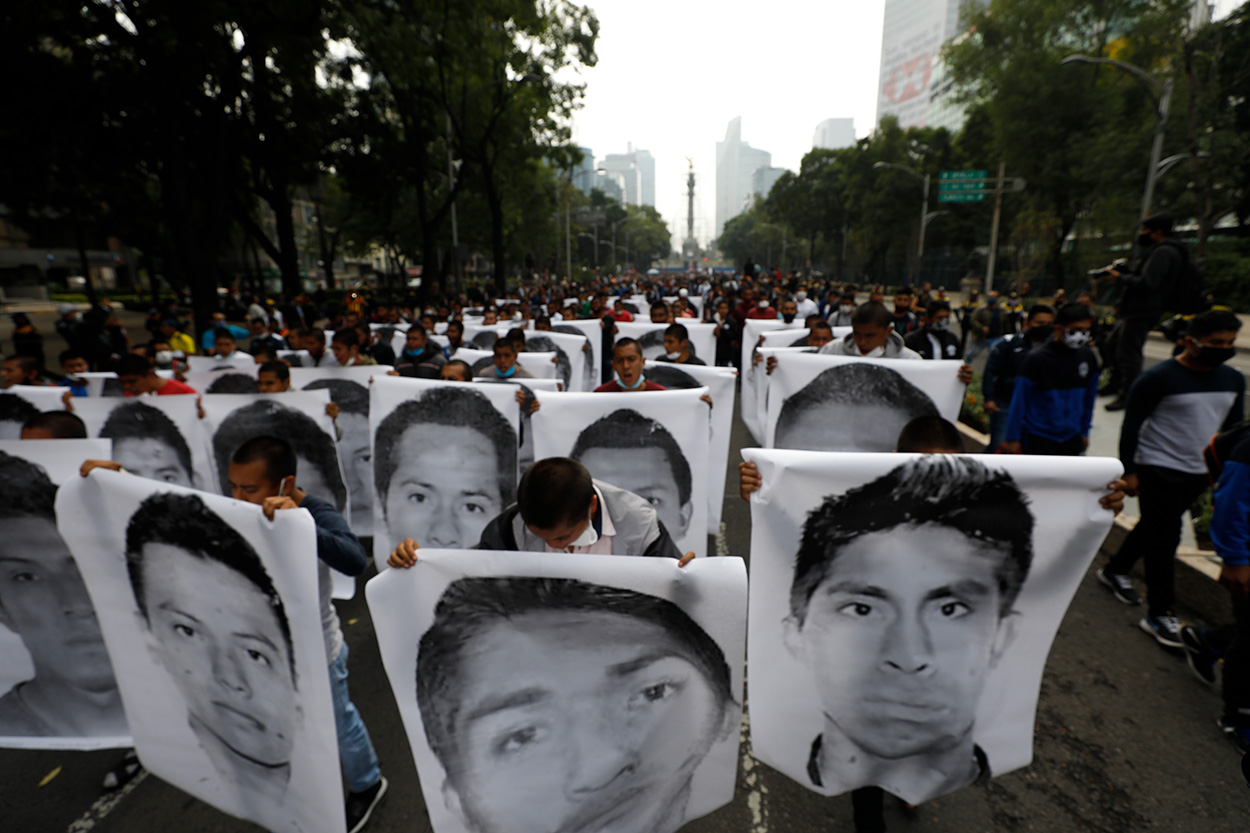