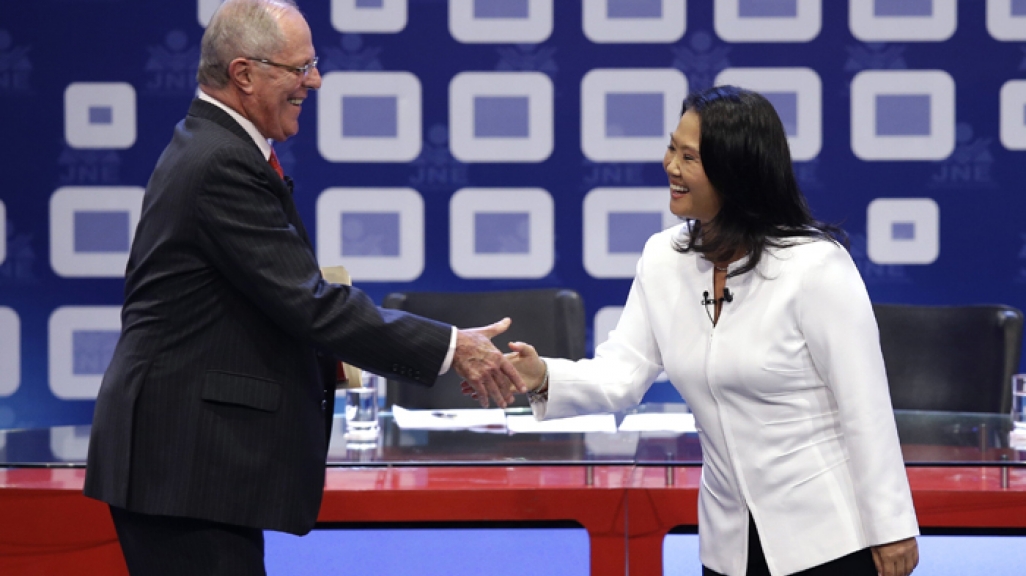 Officials said it could take until June 12 to tally ballots from abroad in the June 5 presidential vote. We take a look at what will be on the next president’s agenda.

But election officials said Monday it could take until Sunday to tally votes from Peru’s expat community and get an official result with 100 percent of votes counted. Fujimori has not conceded, saying Sunday night her campaign would wait “with prudence” for those results to be counted. Close to 885,000 eligible Peruvian voters live abroad per the country’s elections body, with the largest shares in the United States (31 percent), where Kuczynski, known as PPK, lived for years, followed by Spain and Argentina (14 percent each). Another 3.5 percent of eligible voters abroad live in Japan, the country from which Fujimori’s grandparents emigrated.

Heading into the vote, the top voter concern was crime, an area in which respondents gave Fujimori the edge in the polls. But ties to corruption led to a strong anti-fujimorista vote. Thirty-seven percent of voters polled mid-May said the main reason they wouldn’t vote for Fujimori is because of the administration of her father, Alberto, who’s currently imprisoned on charges of corruption and human rights abuses carried out during his presidency in the 1990s. Another 10 percent said they couldn’t vote for her because of charges that her party’s secretary was linked to drug trafficking. In the final week of the campaign, her running mate was accused of doctoring evidence that would have exonerated the secretary, a charge they both denied. A top Peruvian pollster said qualified support for a PPK vote from the first-round’s third-place finisher Verónika Mendoza could end up being the deciding factor that keeps Fujimori out of office.

If Fujimori loses, she’ll break a three-time streak in Peru’s recent electoral history in which the runner-up in the last presidential race wins the subsequent one. Fujimori lost to Ollanta Humala by 3 points in 2011.

On the Presidential Agenda

If PPK holds on to the win, he’ll have to work with Fujimori’s party, Popular Force, which won 73 of 130 seats in Peru’s unicameral legislature in April elections, while his own party won just 18. With that majority, Congress can censure the president’s ministers, as well as block legislation and presidential travel, among other things.

Meanwhile, voters will be looking for action on public security matters. Three in five Peruvians say that crime is one of the country’s top problems, and a third said the issue affected them personally. Indeed, government figures found that 31 percent of urban residents were the victim of a crime in 2015, although that figure dropped from 40 percent in 2011. Corruption and unemployment also ranked high among voter concerns.

Another issue is the economy. After a tumultuous race earlier this year in which the country’s electoral body disqualified Fujimori’s closest competitor at the time over misfiled paperwork, the ratings agency Moody’s indicated that structural reforms that reduce bureaucracy and create a more stable environment for economic growth should be a priority for the next administration.

Peru also faces slowing GDP growth, which registered at 2.7 percent in 2015 after nearly a decade of averaging 6.3 percent per year. In his campaign platform, PPK pledged to get growth back to 5 percent by 2018. Both candidates also put forth comprehensive plans to reduce informal employment in the country, which stands at 72.8 percent per the government’s figures.

At 77, PPK would be Latin America and the Caribbean’s oldest head of state on inauguration day after Cuba’s Raúl Castro, and the region’s oldest popularly elected one. Fujimori is 41. The next president will be sworn in on July 28, 2016, per the Peruvian Constitution.