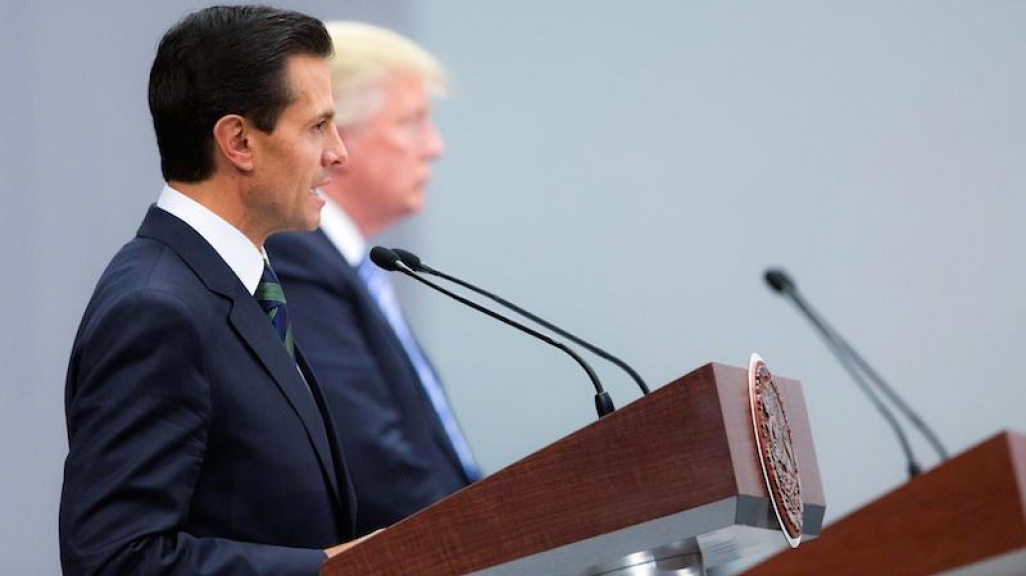 Mexico Prepares for the Trump Era

There may be no better time to ask how Mexico can inoculate itself from the uncertainty stemming from Washington, writes AS/COA’s Carin Zissis.

On the morning after the U.S. election, the front pages of Mexican dailies responded to Donald Trump’s win with shock. Given that Mexico found itself in Trump’s crosshairs throughout the race, Mexicans’ fears aren’t unfounded. But the U.S. president-elect might not be able to make good on every threat he made on the campaign trail.

Consider the nearly 2,000-mile U.S.-Mexico border. Trump will face plenty of challenges to building the infamous wall that was a centerpiece of his candidacy. First off, physical obstacles abound, including the Algodones Sand Dunes in southern California; the Coronado National Forest in Arizona and New Mexico, home to 9,000-foot mountains; and, not least, the Rio Grande. Next are the legal barriers: Roughly two-thirds of the border area is private- or state-owned. Then there’s the price tag, which could be as high as $25 billion, and which the Mexican government says it won’t cover, despite Trump’s campaign assertions that he would go so far as to block remittances unless it does. That’s no small threat. Mexican immigrants sent over $20 billion home in the first nine months of 2016 alone.

But the president-elect’s camp has already shown some signs of moderating its position on a wall...