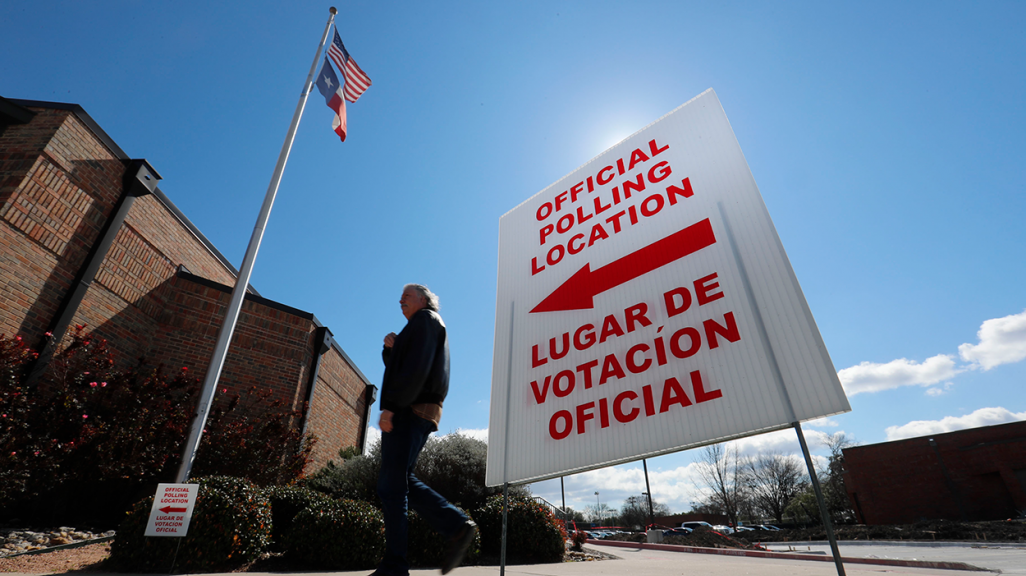 A polling station in the United States. (AP)

As the November midterm approaches, both U.S. political parties ask once again: Have we done enough to reach out to Latino voters?

That group—now the second-largest racial/ethnic group in the United States—has proven pivotal to countless races, usually in favor of the Democrats. But in 2020, Republicans, led by then-President Donald Trump, made inroads with Latinos, especially in South Florida and Texas.

One myth, she said, is that Latinos don’t vote. “Once registered, Latinos in presidential years vote about 80 percent,” she noted. “So, what we have is a registration gap.” Yet, even with the grand potential of this group, she explained that outreach from both parties is still insufficient—and often performed late.

“Parties and candidates are still not reaching out enough to these voters. And if they do, they do it at the very last minute.” —Clarissa Martínez De Castro

Another myth, she explained, is that Latinos vote based on immigration policy. In fact, it is issues like the economy, healthcare, and even abortion that supersede immigration as Latinos’ top concerns, according to UnidosUS’ recent survey. But with many Latinos coming from mixed citizenship status families, Martínez De Castro said that migration issues are still relevant. “Even as Latinos go to the polls with the economy and jobs on their mind, immigration is still somewhere in their hearts.” 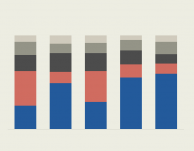 Two states where the Latino vote receives particular attention are in Florida and Texas. There, both Trump and President Joe Biden’s policies on immigration and Latin American foreign policy have immediate and sharp impacts on the highly Latino electorate, said Sabrina Rodríguez, national political reporter at The Washington Post.

“[Trump] focused heavily on trying to paint Democrats as socialist and tying it to many people’s countries of origin, which in South Florida, there are many Venezuelans, many Nicaraguans, and Cubans,” she explained. And it worked. Now, Republicans are trying that same strategy again, this time spotlighting Biden’s relationship with new Colombian President Gustavo Petro and his response to the protests in Cuba to win over previously Democratic voters.

While Latino voters in these states are looking at issues specific to Latin America, they also operate along increasingly deep partisan lines. It’s why Rodríguez notes that many Latino groups in Florida didn’t seem perturbed by Florida Governor Ron DeSantis’ sending of migrants to Martha’s Vineyard.

Still, Latinos on either side of the aisle can celebrate a common development: more Latinos are getting elected to office across the country. “I think it's creating more nuanced conversations, and definitely I think empowering people to go out and vote more,” Rodríguez said. “’They're saying, ‘I either already knew this person in my community’ or, ‘This person understands me in a way that potentially a non-Latino candidate wouldn't be able to.’”

This podcast was produced and reported by Jennifer Vilcarino. Our executive producer is Luisa Leme. Text written by Chase Harrison.

The music in the podcast was performed by Quinteto Latino for Music of the Americas. Watch the video.