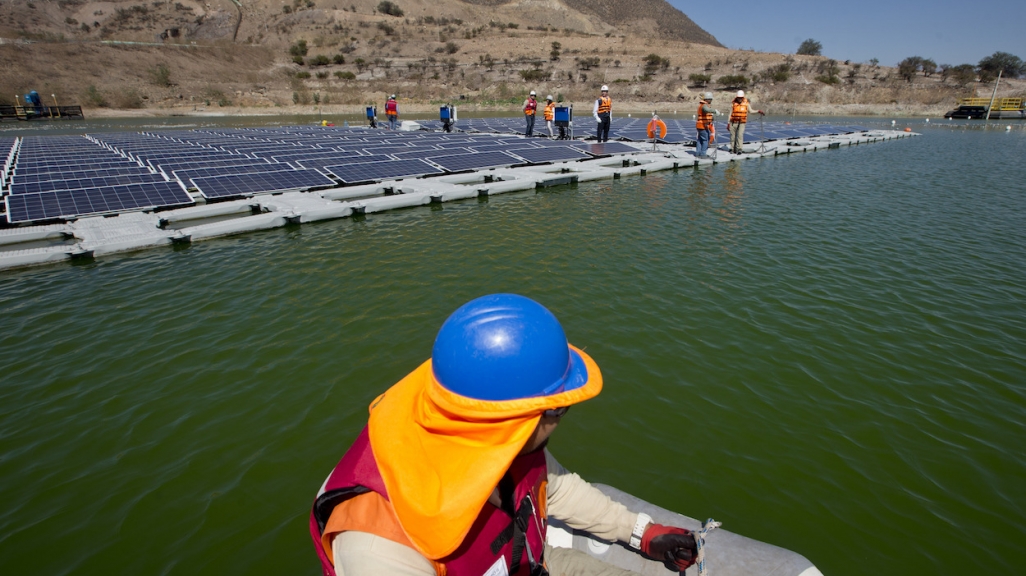 A floating island of solar panels in Chile. (AP)

The onset of the global coronavirus pandemic was accompanied by another ground-shifting development: an oil price war that in April pushed the barrel of U.S. crude below $0 for the first time in history. With mounting costs of oil extraction and production and associated environmental effects, many of the world’s economies are betting on a green recovery to get them out of the current economic rut, which is set to whittle away some 5 percent of global GDP in 2020. According to IHS Markit Research and Analysis Director Steven Knell, Latin America’s GDP contraction this year will be closer to 10 percent.

The region’s abundant natural resources offer an array of opportunities to come back better, the sustainability expert tells AS/COA Online’s Elizabeth Gonzalez in this episode. Further electrification and supply diversification in the transportation sector are two areas where there is room to innovate and reduce carbon emissions, given that electricity currently accounts for just 18 percent of final energy consumption in the region while oil represents 47 percent. “If you think of more sustainable modes of energy systems that support new economies, you would want to see those energy shares switched,” says Knell.

While some countries are starting to develop more sustainable frameworks, the region’s largest economy seems to be headed in the opposite direction. Under President Jair Bolsonaro’s administration, environmental deregulation in Brazil has led to the highest rate of deforestation since 2008—and it’s making investors balk. “The private sector is reacting to the government and saying this kind of policy is actually bad for business,” says Lavinia Hollanda, founder and managing director of the Brazilian energy advisory firm Escopo Energia. “People are seeing that a low-carbon economy is a huge opportunity to create jobs and to recover from a situation that was so unexpected to everybody,” she said.

“If we [Brazilians] destroy the environment, everybody is watching.” —Lavinia Hollanda

In terms of new sustainable technologies, Hollanda highlighted Brazil’s comparative advantage in developing green hydrogen, though she noted that it will likely be used in the electricity sector before it is safe enough to use in transportation. The economist also emphasized taking the long view given the 20- to 30-year lifespan of such energy infrastructure projects, which would help close critical infrastructure gaps in the South American giant but could force the country to be stuck with outdated technologies.

The energy transition won’t be a zero-sum game, however, and both experts agreed traditional fossil fuel development, especially natural gas, will likely continue to firm up the region’s energy security at the same time that more renewables are deployed. Regulatory support will be key, not least of which is the phasing out of billions of dollars in oil subsidies. If governments redirected those funds toward renewables, Knell says “there could be twice as many jobs” supported by the sector.

Elizabeth Gonzalez produced this episode. The music in this podcast was performed at Americas Society in New York. Learn more about upcoming concerts at musicoftheamericas.org.